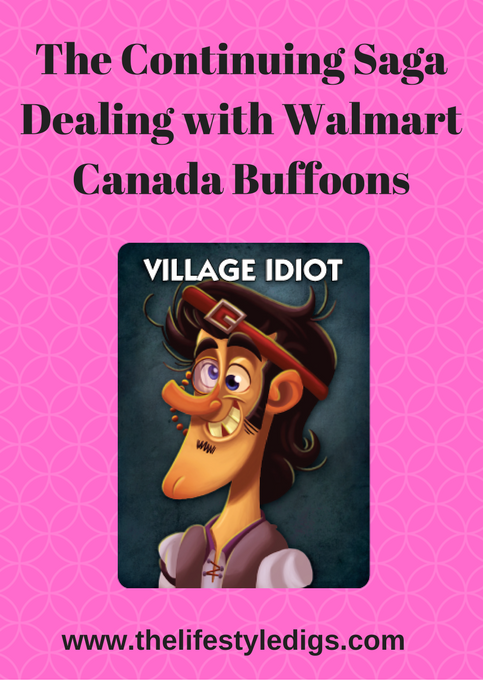 Following up to my post of the Worst Customer Service EVER at Walmart Canada, I was forced to contact Mastercard to put a chargeback of $203. 29 for a Bissell carpet shampooer that I never received.

I’m sure I would have received it if Walmart Canada had called on Canada Post to deliver it to my post office box. But instead they called Loomis, a courier, and no couriers deliver to post office boxes.

Oddly, Walmart Canada sent me an email on October 17, 2017 and said my Bissell had been delivered on October 16. I have no idea why Walmart Canada would lie about that, seeing as how they gave me the tracking number with Loomis who still had it and had noted online that it was a bad address – due to the post office box – undeliverable.

The customer service phone number for Walmart Canada is an automated system and an irate caller can not reach a real live person. Filling out the form on their web page and leaving a phone number also doesn’t get a real person to call back and assist. All that happens is the village idiot who works in Walmart’s “here to help” department sends back a stupid email response. 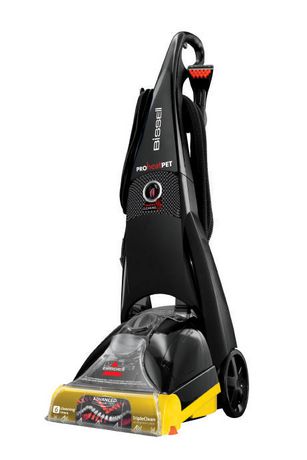 I erroneously thought Walmart Canada would try to fix their mistake and send another Bissell to me red hot overnight through Canada Post. But unfortunately, the staff at Walmart Canada dealing with Internet sales has zero interest in making things right.

Since I couldn’t get my product, I wanted a refund, but due to unable to speak with a real live person at Walmart Canada, that wasn’t happening either.

I did the only thing I could do and called Mastercard and put in a chargeback for $203.29, which they processed.

You’d think that’d be the end of the story. I got my money back and then I went to Canadian Tire on October 21 and bought a different Bissell shampooer.

Walmart Canada’s not done with me yet.

On November 22, 2017, I received another email from Walmart Canada. Partial snippet below:

We have received your request to make a return. We will send you an email with your mailing label and return shipping instructions within 48 hours. We’re sorry that your order didn’t meet your expectations.

Is Walmart Canada kidding me?

First of all, Mastercard has already processed the chargeback. I’ve got my money back. There’s nothing further for Walmart Canada to do.

Second – I can get a refund when the item is received at the Return Centre?

You have got to be kidding me Walmart Canada.

So I did the right thing and filled out the form on their Customer Service on their website and said I never received my product which makes it very difficult to return, and besides the chargeback has already gone through on my Mastercard. No further action required by Walmart Canada.

All Walmart Canada has to do now is sit back and wait for Loomis to return the Bissell because they were unable to deliver it to a post office box.

Later on that day, I receive another email from Walmart Canada, partial snippet below:

Seeing as how I already have my money back from Mastercard because Walmart Canada ripped me off by not correctly shipping the Bissell and refusing to get my purchase to me, there was no reason for Walmart Canada to do a refund.

And yes, I can see on my online statement that $202.98 credit is applied to my Mastercard account.

In other words, I now have a nice credit on my Mastercard because of some buffoon who works at Walmart Canada.

Why does Walmart Canada hire the village idiots?

I called Mastercard and spoke with them. We both came to the conclusion that Walmart Canada was not refunding me because of the difference in the amount charged and the amount credited. They don’t match = not a refund. Instead Walmart Canada is sending me money and crediting my account as an apology for me dealing with their buffoons.

Yeah works for me.

If Walmart Canada changes their mind on that credit/refund and wants their money back, take me to small claims court. I’d love for a judge to hear both sides of the story on this one.

That’s what a company gets when they hire a bunch of incompetent buffoons.

Who else has had trouble dealing with Walmart Canada’s buffoons when trying to get satisfaction on an Internet order? Leave a comment below.