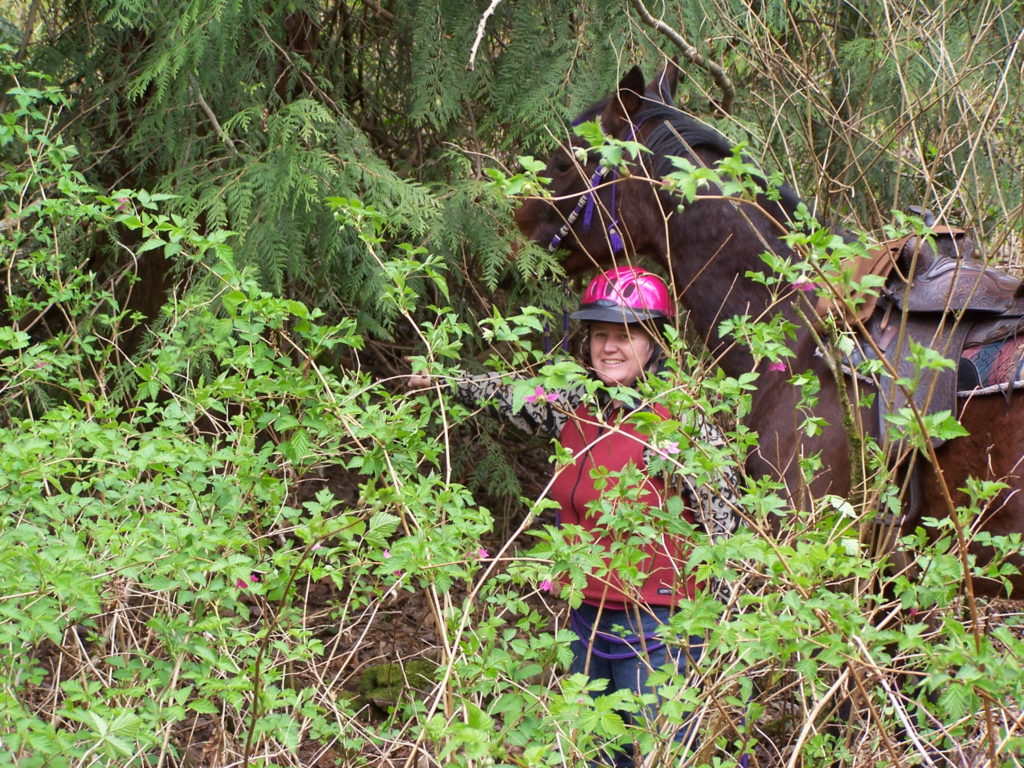 Let’s start with a little known fact about me: when I was 20 years old I moved to Madrid, Spain and took a job as an au pair. This was back in the olden days before the Internet and it wasn’t so easy to connect with these kinds of jobs. I flew to London, England and found an agency that found me a placement for about $50. Stick around. I’ll chat about my time in Spain.

Fast forward. Suddenly single with 2 big dogs and 3 even bigger horses was a position I never expected to find myself in. Downsizing from a homeowner to a renter in one of the most expensive housing places in Canada – the Greater Vancouver Area – is no easy feat. Follow my journey as I make it work for my fur family.

I’m a huge reader. I love my books and it wasn’t so long ago that I couldn’t imagine not having a physical book in my hands while reading. And then along came my iPad. Bonus! I can read in bed without turning on the light. And another bonus – when it comes time to move to a new house, the iPad doesn’t weigh as much as boxes of heavy books! My reading tastes tend towards cozy mysteries, and that might be because I was a big Murder, She Wrote fan. My tastes are all over the place. I also read thrillers, romance, biographies, and travel literature. Stephen King was my favourite writer for many years, though I’m not such a big fan of his later stuff, I still will grab his latest novels. 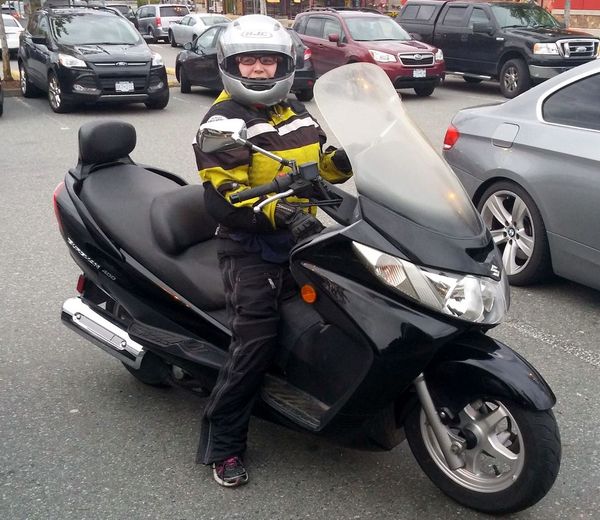 I’m a horsewoman, adventurer, and traveller. Sometimes I can be seen buzzing around town on my Suzuki Burgman. No biker chick here. Just call me Scooter Girl!

I’m a pescatarian. Say what?! I don’t eat meat but I do eat seafood. I grew up on the west coast and love my salmon, but don’t eat it that often as I’ve been leaning towards a plant-based diet. I can’t get myself to be overly strict about it, so that makes me mostly vegetarian who still eats a little seafood.

And we all know about that see food diet, don’t we! 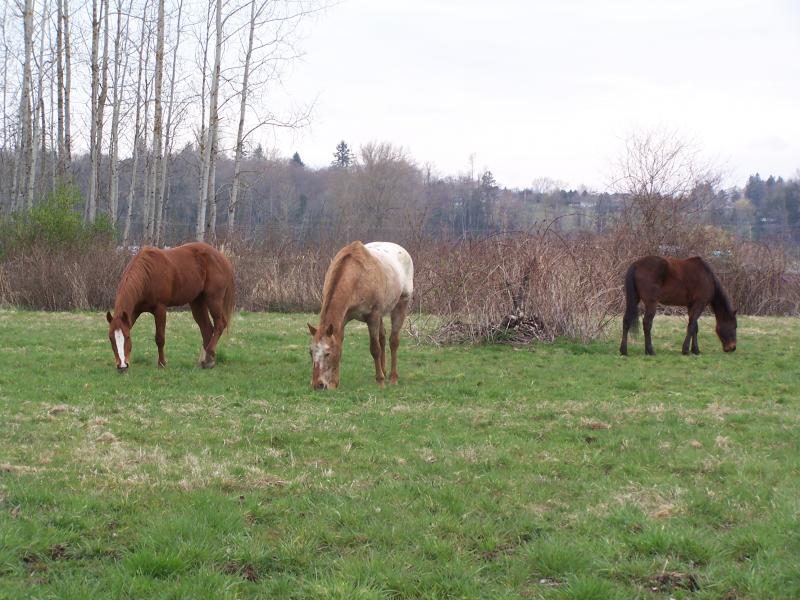 In 2002 I went to a horse auction and came home with a walking skeleton, a severely starved and abused Standardbred that I named Lucky. I wasn’t sure if this old racehorse was going to live through the night. He stayed with me until he turned 28, when he suddenly passed away. I was devastated. Read Lucky’s story that was published in Hoof Beats magazine: Lucky Boy. Before I bought Lucky I already owned a gorgeous Appaloosa named Whistler who passed away on September 1, 2019 at age 29. My last horse standing is Cajun, a 16-year-old mischievous Quarter Horse. His mother was a PMU (pregnant mare urine) mare who lost her job after the industry shut down 70% of the farms in 2003. 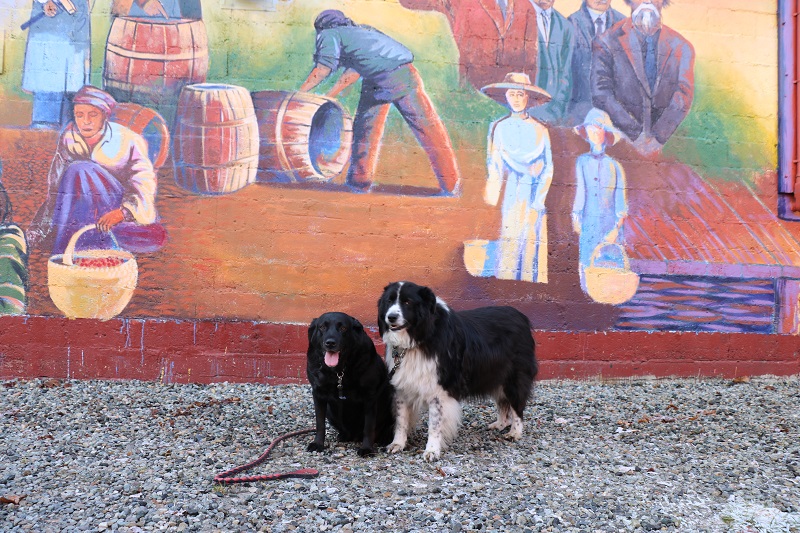 I’ve had many dogs over the years, always rescue dogs. I have a Black Lab named Chica who was previously owned by a 92 year old lady with Alzheimer’s Disease. After she went into full time care the family tried to place the dog in a new home and I brought her home. Chica was a little chubby wubby when I got her because the former owner forgot she’d already fed her and kept on feeding her. My other dog, Shadow, is a Border Collie crossed with something big that jumped the fence. She was picked up by the dog catcher in Yakima, Washington, a high kill shelter, and I saw her on Petfinder, and knew this beautiful girl must come home with me. My dogs love car rides and going on adventures with me.

Over the years I’ve been involved in horse rescue and dog rescue, fostering and transport. At one time or another I’ve fostered all kinds of dogs in my home – Dalmatians, Labs, German Wirehaired Pointers, Weimaraners, and even the most gorgeous Munsterlander.

Ever since I was old enough to figure out a typewriter and the two finger hunt and peck typing method, I’ve been writing short stories and screenplays. I was thrilled when my first article about Standardbred racehorses having a second career as riding horses was published in the Gait Post. In 1999 I self-published my mother’s cookbook and told her story about Alzheimer’s Disease taking over our lives. I had two novels published with the now defunct Musa Publishing – Ringer and Horseman Spell – and I’ve had the rights returned to me and they’re currently available on Amazon.

I’m a writer for consumer and trade magazines and businesses, and decided it’s time to carve out my own place on the Internet and become a blogger.

Find out how I keep my life chugging along as I share tips and write articles about travel, fitness, food, pets, hobbies, and money.

Drop me a line, anytime!

And away we go! The Lifestyle Digs!