Home Living When Will this Movie End? 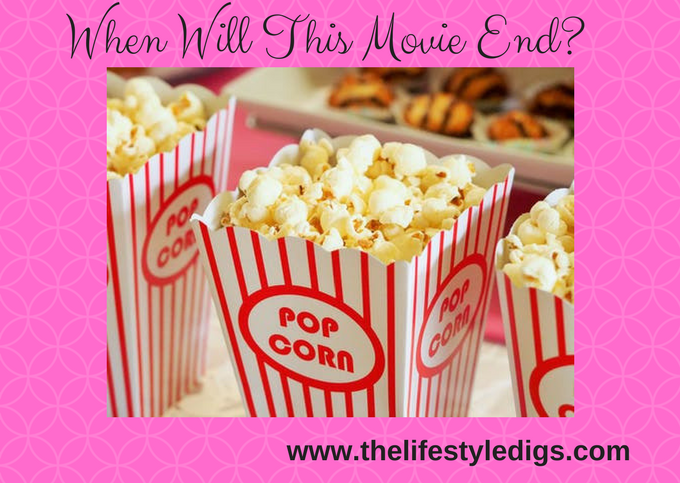 Who’s had bad first (and last!) dates? Read and laugh about my cheap date who laughed like a sea lion in the movie house. Yikes! I spent the entire movie cringing. When will this movie end?

Many years ago I was set up on a date with a man I’d been promised was a great catch. I’d been given minimal details, I knew he was a goldsmith and had recently purchased a townhouse – sounded promising. We made plans to meet at the parking lot of a drugstore and from there would go see a movie at the theater down the street. 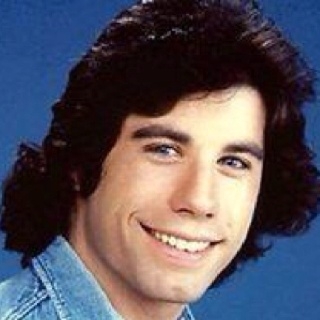 Look Who’s Talking Too was playing and I was looking forward to seeing it as I never miss a John Travolta movie. I don’t recall who paid for the admission but I suspect that I probably insisted on paying my own way in. I’m sure he wouldn’t have objected. We found seats and my date announced he was hungry. It was still a few minutes to show time so he went out to the lobby snack bar. As the trailers played across the screen he returned to his seat empty handed.

“Where’s your food?” I asked. “I thought you said you were hungry.”

“I changed my mind after I saw the prices. I can buy two large bottles of coke at Safeway for what they want for a small drink. And I can buy a big bag of popcorn at Safeway for the same price as a bag of their popcorn.” 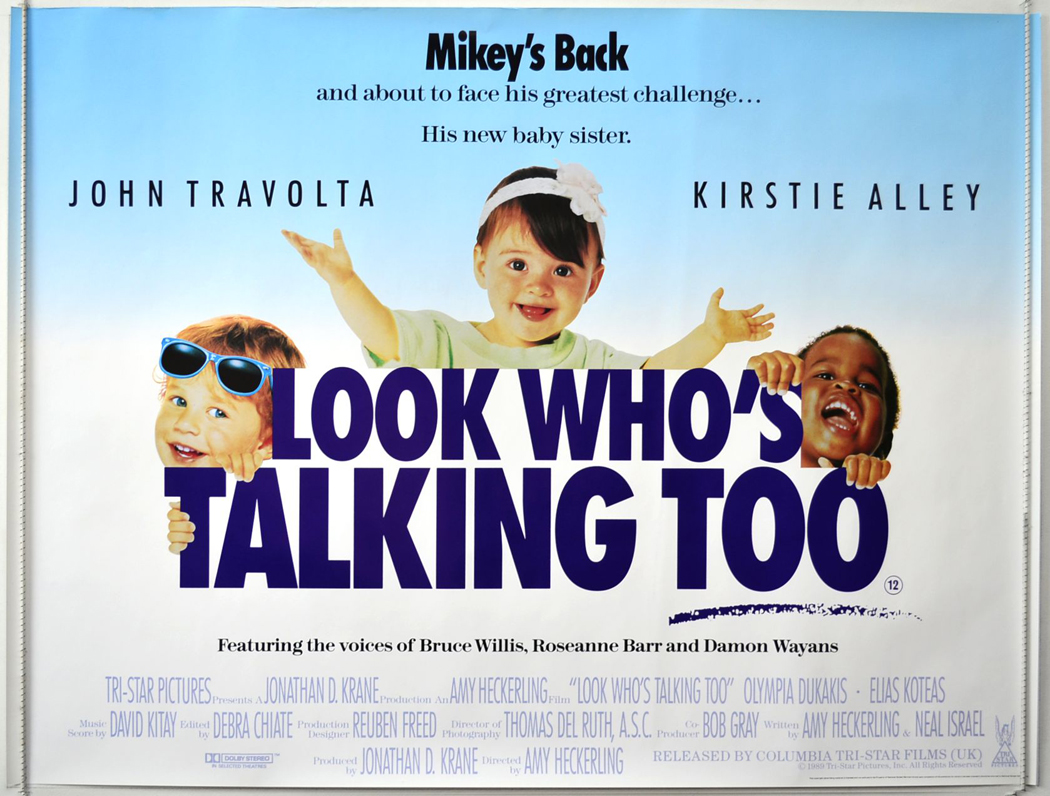 Well, that’s just the way it is at movie theaters. And if you’re that hungry, does paying a little more really matter? The opening credits for Look Who’s Talking Too were rolling across the screen and I decided to ignore him and concentrate on Travolta. I might be stuck sitting beside El Cheapo until the movie ended but at least I didn’t have to talk to him because he had to be quiet in the theater. But he wasn’t. Quiet that is. He apparently found the movie hilariously funny and he laughed loudly, stamped his feet, and flung himself wildly around in his chair. He laughed like a sea lion. He laughed at scenes that weren’t all that funny. Worst of all, he laughed when no one else in the theater was laughing. How embarrassing!  For the first time I couldn’t wait for a John Travolta flick to end. El Cheapo barked like a sea lion over and over while the rest of the audience was silent. Finally my agony ended. I checked my watch. The movie had lasted only one hour and twenty minutes. Normally I’d be ticked, feeling shortchanged, but in this case I was never so happy to have a movie end. We went outside.

“Would you like to go somewhere for something to eat?” he asked.

I was unsure if he meant going to a restaurant for a real meal. I had visions of cruising the aisles of Safeway and choosing my dinner.

His name and the plot of the movie are long since forgotten. Although I’ve seen most of John Travolta’s films several times, Looks Who’s Talking Too is his only movie that I’ve only seen once with no desire to view again.

Disclosure: If you click the above movie poster, it will take you to a page on Amazon. If you purchase the DVD, I’ll receive a small commission for the referral.

Who else has had a bad first date? And last date! I’m sure someone out there can beat a cheap sea lion barker. Let’s hear your stories!