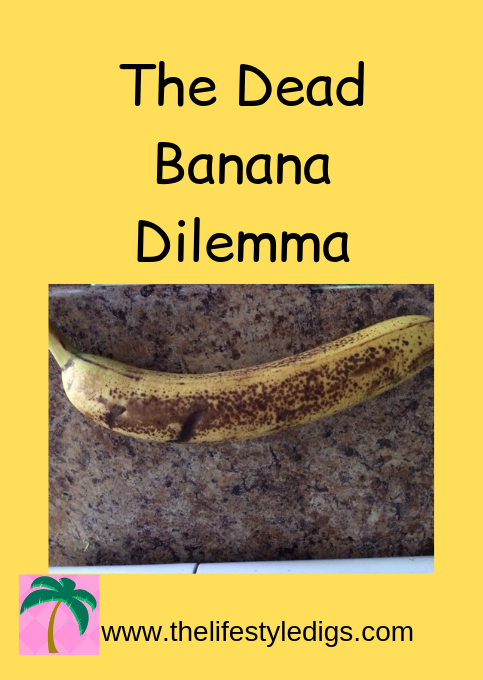 Welcome to my life of the dead banana dilemma!

Who else has had this scenario played out more times than you count?

By the way I hate buying green bananas! If I’m buying bananas I probably have plans to consume them very soon.

Whenever I’m shopping, whether it’s at a produce shop or the grocery store, I always check out the bananas and usually buy them even if they are green. That’s because I probably already have bananas at home that are edible and if all that’s in the store are green bananas, well hopefully they’ll be ripe by the time my current bunch are consumed.

Then it always comes. The day that I look at the bunch of bananas and they’re turning brown and black.

I don’t want to eat those. Then the whole avoidance thing comes into play. Those brown and black spots get bigger and I finally convince myself I’m not going to eat them and I chuck them in the garbage.

Back in the days when I used to bake banana bread, I called it Dead Banana Bread because that’s the only thing I could think of doing with dead bananas.

I like bananas raw. I don’t like bananas once they’ve been cooked. I won’t eat banana bread. Or any cakes or cookies that call for bananas in the recipe.

I’m kind of the same way with pineapples. Don’t bake them on my pizza, thanks!

Are you wondering who ate the banana bread I baked? That would be back in the days when the deadbeat was still in my life. But no more dead banana bread for you!

Occasionally I’ll still bake the dead banana bread and bring it over to a friend who likes it.

Getting back to my dead bananas and the whole I hate wasting food deal. I read online that bananas can be frozen. Just chuck them in the freezer as is. When you want to use them, say in a smoothie (or maybe in a dead banana bread), remove from the freezer, wait about 5 minutes, and then peel and slice.

Or so those people chatting about it led me to believe. 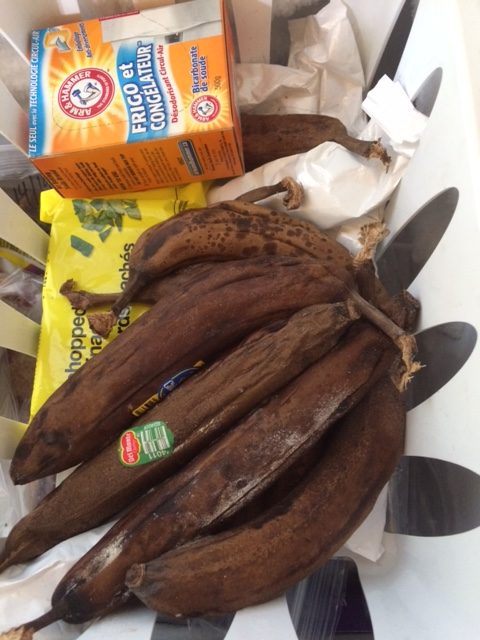 There’s nothing appetizing about dead bananas in the freezer!

Bottom line they were a big pain to peel and slice and just didn’t taste all that good in the smoothie. Maybe they’re better in a baked recipe.

Which leads us to another question.- why are those dead bananas still taking up space in the freezer?!

It took me awhile but I finally figured out the best plan is to peel the bananas, break them into chunks, and put them in a freezer bag. Oh, and then, of course – put in the freezer! That way they’re the right size for using in a smoothie later on.

What else can we do when we’re staring down at dead bananas? Besides chucking them in the garbage, that is. Let’s see if we can deal with the dead bananas before they reach the garbage stage. 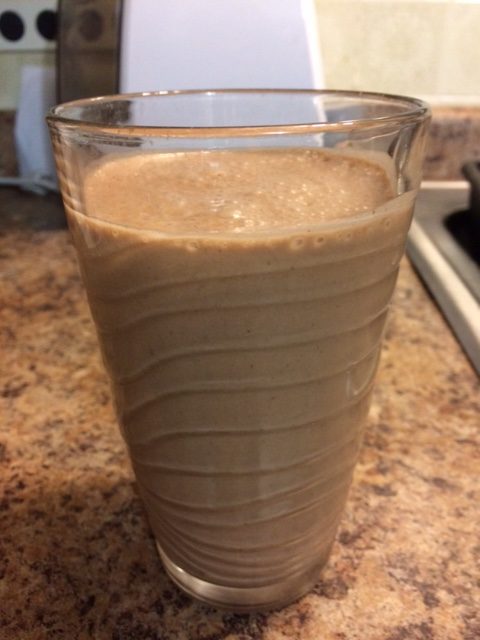 Although I mentioned breaking off bananas into chunks and freezing them for a smoothie later on, you can also grab an over ripe, ugly banana and toss in a smoothie right now while they’re still sweet and not rotten. Yikes to those dead bananas! 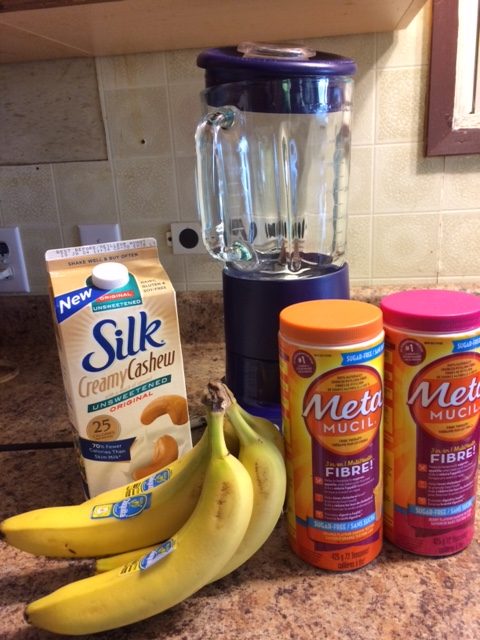 Check out some of my favorite smoothie recipes that are excellent choices if you’re looking to lose weight or in the maintaining stage.

Have you heard about this low calorie option to ice cream? Banana ice cream needs to be planned ahead of time, cause the banana slices need a few hours to freeze.

Take your banana or bananas plural – depends on how many dead bananas you have kicking around! – and slice them into coins about a quarter inch thick or so. 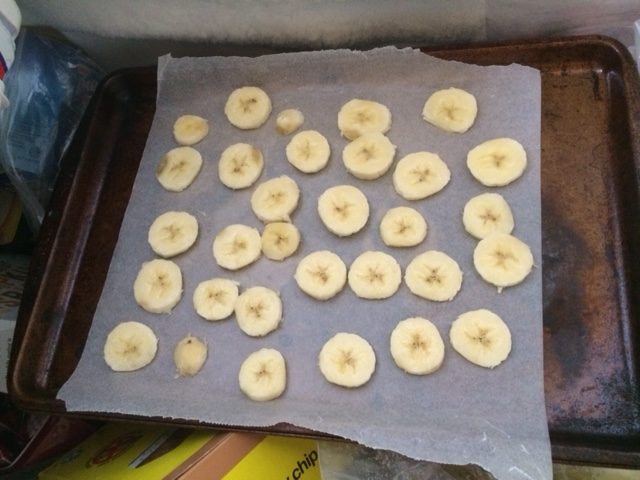 You can either slice them onto a baking sheet and put it in the freezer, or put them in a covered container. 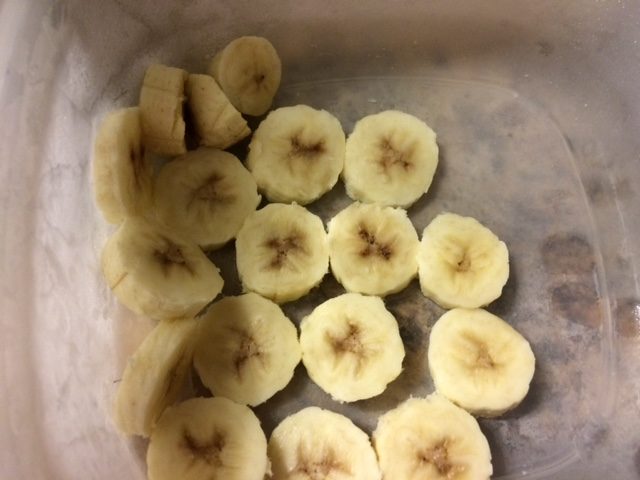 Leave them alone for a few hours.

If you have a food processor, put the frozen banana pieces in there and pulse.

If you don’t have a food processor (raises hand here!) you can use a blender. I use my Kitchenaid blender, and pulse on the chop setting. 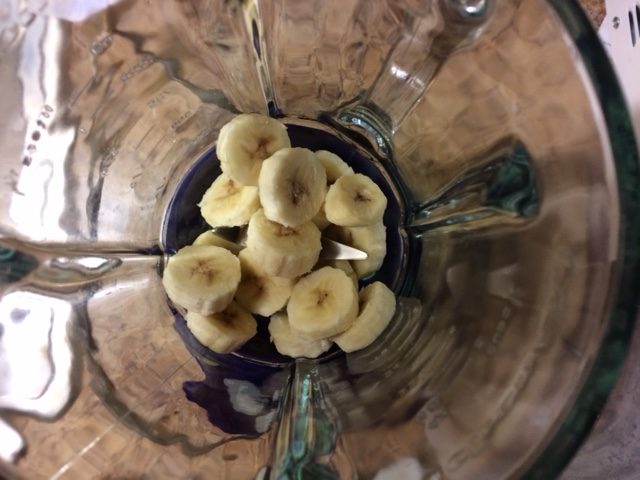 It takes a couple of minutes until the banana ice cream reaches the consistency of soft ice cream. I take a spoon and keep pushing the chopped bananas back into the blade area. They kind of stick to the side of the blender and the spinning blades aren’t always grabbing the banana. 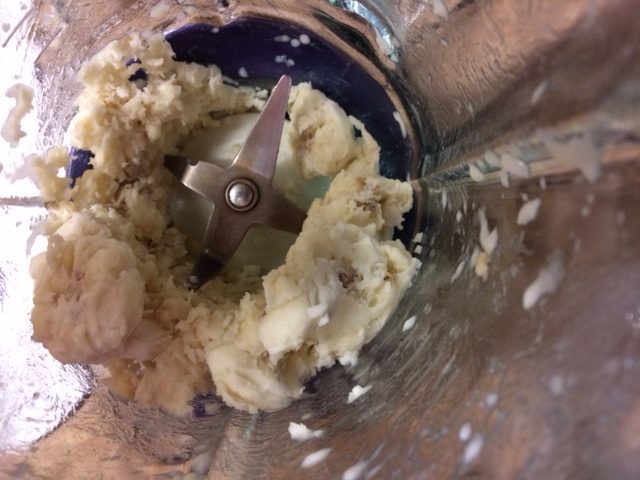 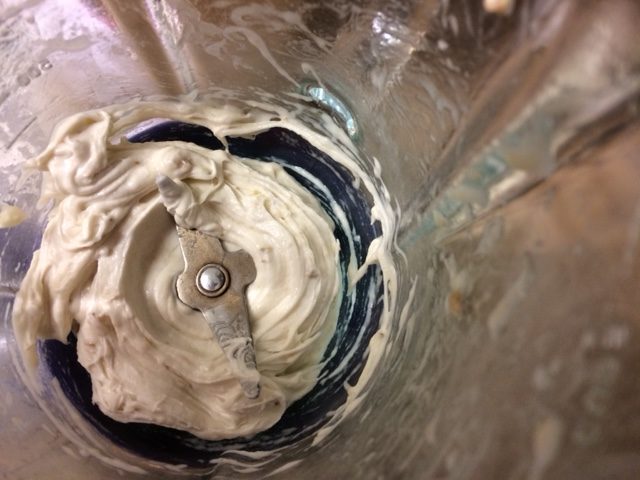 Once it’s at the soft ice cream stage, you can scoop it out and start eating. Yummy! Not bad for one ingredient “ice cream”.

Or, if you like to add some fixings, now’s the time to add them to the blender, depending on what it is you’re adding of course. Nutella or peanut butter? Yup, I’m sending a spoonful into the blender. 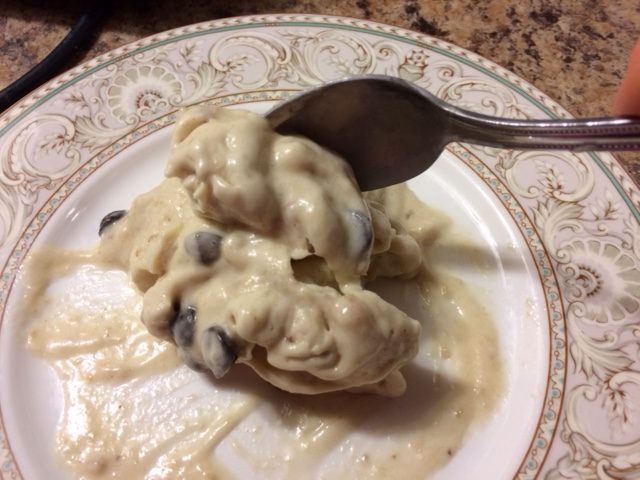 Once I dished out the peanut butter banana ice cream, I stirred in a spoonful of chocolate chips.

Here’s another thing I like to do when faced with the dead banana dilemma. Me and my darned sweet tooth, but this is a healthier snack option than grabbing a chocolate bar or ice cream sandwich. 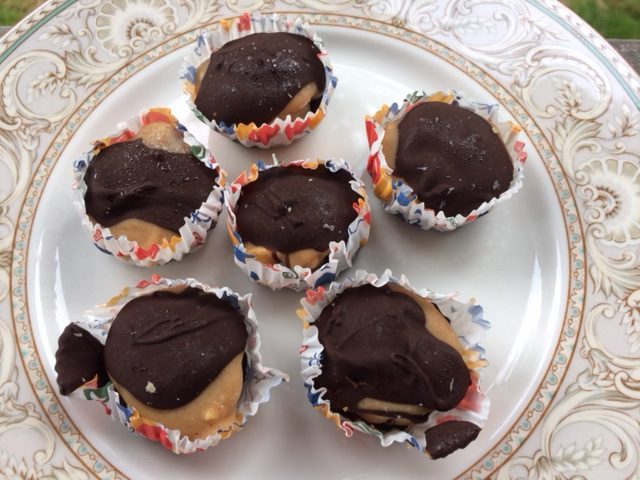 The first thing I need to do is go to the dollar store and buy mini cupcake holders. Why I can’t I find them in Walmart?! They come in a pack of 75 for $1.25. I buy two or three packages at a time, just to have on hand if I’m staring down the dead banana dilemma. Of course, your banana doesn’t need to be dying to make this recipe, if you’re really craving one and don’t want to wait for your banana to over ripen!

I set up 16 mini cupcake holders on a baking sheet so they’re easy to transport. 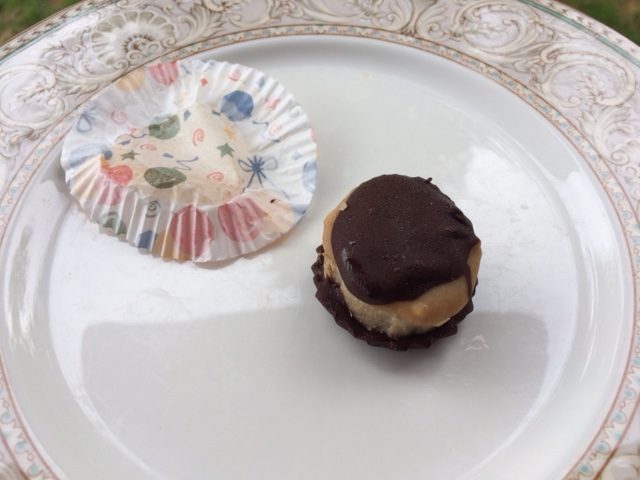 As part of my prep, I start by melting a tablespoon of coconut oil in the microwave. That takes 20 seconds or so. Then I add a good spoonful of peanut butter. I use chunky cause that’s what I have on hand – but you use what you like! For me a spoonful is just trying to eyeball about a quarter cup of peanut butter. When I’ve stirred it into a smooth consistency, I set it aside. I once tried this recipe by putting the peanut butter in the microwave for about 30 seconds, but I found the consistency too runny. Though eventually everything freezes!

Then I melt a cup of chocolate chips in the microwave. I set the microwave for 30 seconds, stir, and then put back in the microwave in 15 second increments until they’re melted. Usually takes me 45 seconds to be fully melted. Your microwave might be different.

Next I slice a banana into coins, about 16 slices. You could slice more or less depending on the size of your banana and adjust your chocolate chips and peanut butter. That would be a quarter inch to half an inch thickness when slicing the bananas.

Then I put a spoonful of peanut butter on top of each banana.

Finally I top each one with a glop of melted chocolate.

Then it goes into a freezer for awhile until completely frozen, at least an hour or two. Often I just leave it overnight.

Then I transfer the chocolate peanut butter banana bites into a freezer bag for easier storage inside the freezer. 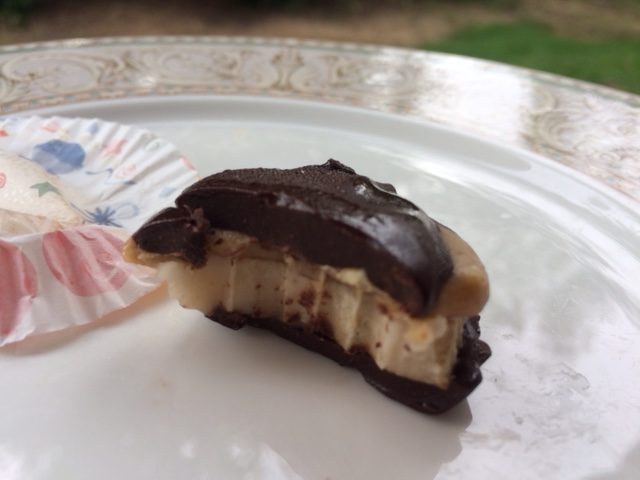 When you eat them, you want to eat while still frozen. Otherwise you’ll have a melted mushy mess!

So there you have it. Some easy recipes to help you deal with the dead banana dilemma.

And for those of you who’ve been waiting for it, see the recipe below for my infamous Dead Banana Bread.