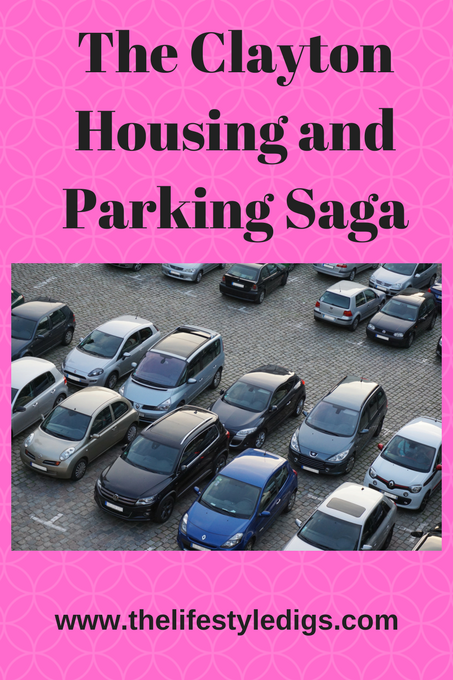 I thought I’d discuss a news story that’s happening a few minutes away from where I live. Maybe some of you have similar issues where you live.

There’s been coverage in the local media about 175 tenants in the Clayton area of Surrey to receive eviction notices due to the landlords renting out illegal suites. The City of Surrey claims to have received thousands of complaints about the parking in Clayton and they’ve tried many things to alleviate the problem to no avail. The city’s solution is to start fining homeowners who rent out illegal suites.

What constitutes an illegal suite in Surrey? The first thing that comes to mind is a suite that doesn’t meet occupancy criteria due to bad electrical, plumbing, low ceilings, etc. And bad construction could be part of the problem in Clayton, but the bigger issue is the City of Surrey bylaws that allow one suite per house. For many homeowners in Surrey, this means a basement suite, also called an in-law suite, or maybe even a revenue suite. That’s one suite per house. Multiple suites are illegal.

When the deadbeat and I were still together running a finishing carpentry business, we did a lot of work on new construction houses in Clayton. Lot sizes are tiny, about 30 feet wide and maybe double that in depth, perhaps a bit longer. These houses are squashed together, using as much of the lot as they legally can, with only a few feet separation between. Not the type of area I’d want to live in.

We had a truck and cargo trailer and the work we did in Clayton were houses still under construction and not every lot had a house built or started on it yet. There were a few houses that were occupied, and even back then we could tell that parking was going to be a nightmare once all the houses were built with people living in them. Fortunately, we only had to contend with a few other tradespeople when it came to parking and could always find a spot. Sometimes I’d follow in my car, in case we had to go out and pick up supplies. We’d leave the truck parked so we didn’t lose the space, and it was easier to come and go in my small car.

We could tell that once all the houses were built and occupied that any tradespeople would have a dickens of a time trying to park here. Future residents would find it difficult to hire trades because there’s nowhere to park.

The houses in Clayton don’t have driveways. There’s a back lane that leads to the garage and above the garage is a coach house that can be rented out. I’ve seen coach houses designed with one bedroom and also as studio apartments. Next to the garage/coach house is a parking spot for the coach house tenants. That complies with the law that demands landlords give their tenants one off road parking space.

The houses are all three stories high with an open design concept on the main floor. That main floor almost always has a room as soon as you walk in the front door that can be used as a office or dining room. The living room and kitchen is all one big area, usually separated with a kitchen island, and some had a washroom on this floor. Upstairs are three bedrooms. The master bedroom has an ensuite bathroom and there’s another bathroom on the upper floor.

The downstairs basement space is where it gets tricky. When the Clayton neighborhood was designed it was supposed to be for homeowners to run a business out of their basement. And sure enough there are a handful of people who have businesses down there and hang a shingle on their front lawn.

Mostly what I observed in the construction phase were property owners planning to have a basement suite to rent out to tenants. In most cases there were two rooms in the basement (supposedly bedrooms), a bathroom, and a combo living room/kitchen. Because a third suite is illegal in Surrey (assuming the house has a coach house/secondary suite above their garage), they had to be built in a way where the plumbing for the kitchen was roughed in and then drywalled over. The basement just looked like a big empty room. Once they passed inspection, the owner would call back their contractors and have a kitchen counter, sink, cupboards, and appliances installed in the illegal suite.

I also can’t tell you how many times we had owners/developers get our name from other builders and phone to say their house failed inspection and they had a deficiency list they needed to hire us to fix the problems. This whole community was built with many unskilled, inexperienced workers.

Another thing I can tell you based on the trades working on these houses in Clayton is that I would never buy there. I won’t get into the horror stories that I or the deadbeat observed of unskilled trades covering up their shoddy workmanship.

If the owner was moving into the house, they generally took the main floor and the upstairs bedroom floor. The basement suite would be rented out to tenants and the coach house would also be rented out to tenants, meaning an extra suite was illegally rented. The homeowner can decide which one of the suites to rent out, but are breaking the law if renting out both suites.

It is also safe to assume that the landlord is breaking the law and unable to provide one off-road parking spot for each suite rented out.

I’ve also known owners/builders who aren’t moving in to their house and they rent out all three sections to different tenants.

Tenants aren’t going to file a complaint against their landlord to the Residential Tenancy Branch because it’s really hard finding a place to rent in the Greater Vancouver Area. Tenants are so desperate for a rental unit, they aren’t going to rock the boat.

Assume that the family who lives in the main section of the house owns two cars. Also assume the couple or family renting the basement suite have two cars. The coach house tenant(s) adds another one or two cars. If they’re all parking on the street in this overly congested community, that means hundreds of cars are parked in a several block radius.

Back to the initial problem, the City of Surrey is tired of dealing with parking complaints and to alleviate the problem they’re cracking down on illegal suites and warning owners they’ll be fined if tenants aren’t evicted from illegal suites. The City of Surrey says they’ve tried everything to deal with the parking problem in Clayton, but I disagree.

What about parking meters?

The City of Surrey has parking meters in other parts of the city, even in stupid areas like Whalley which is an undesirable area to go shopping or conduct business. Who wants to park their car in crime-ridden Whalley? And some genius in city hall thinks putting parking meters up in an undesirable part of town will bring customers out in droves? The City of Surrey should put parking meters up in Clayton and that’ll either solve the parking problem or increase the city’s coffers with bylaw officers handing out parking tickets. Then residents can make a choice if they want to rent in a place where they have to plug a meter for parking. You can bet the owners would be clearing out their garages in a hurry to make room for their cars.

So there you have it, City of Surrey.

Because of all the extra people and cars clogging the Clayton area, about 5 years ago the City of Surrey banned any more coach houses to be built on top of garages.

What do you think is the best way for the city to handle this problem? Evicting tenants in a tight rental market? Putting in parking meters? Building a community garage/parking lot?