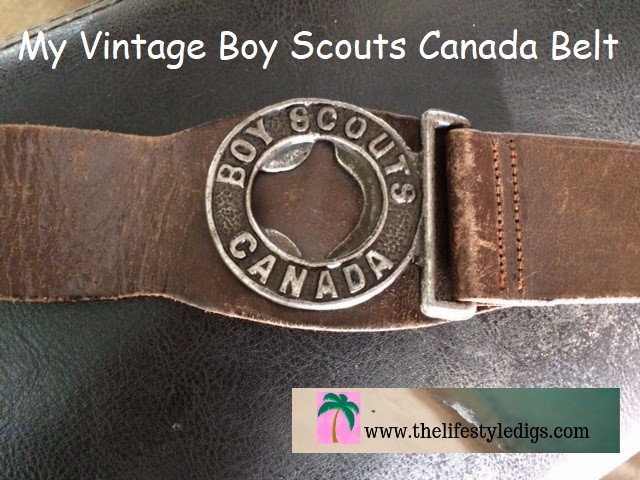 OK, I know what you’re all thinking.

Boy Scouts Canada was a thing when I was a kid and many boys in my school were in Boy Scouts. Back in the olden days with a small town newspaper, every time one of them hit a certain level or badge, they got news coverage.

I mentioned Dale in a post about the dark side of Cloverdale, and he moved up the Boy Scouts ranks, eventually becoming a leader. His photo was always featured in the Surrey Leader paper with every Boy Scout achievement.

At some point in the nineties the Boy Scouts decided to be less inclusive and the name changed to Scouts Canada and girls now participate.

Dad was a Boy Scout

My father had a short-lived career as a Boy Scout when he was eight years old.

He and another boy locked the scout master in the outhouse and they both got kicked out!

My father held onto part of his Boy Scouts Canada uniform. Specifically, the belt. When I was a teenager, the Boy Scouts Canada belt came into my possession. I don’t remember if my father kept it in his dresser since he was a kid or if he stored it in a box in the basement. One day he showed it to me and I thought the belt looked kind of cool with the Boy Scouts emblem on the buckle and clips hanging off each side. I started wearing it.

For sure, I definitely remember as a teenager looping that Boy Scouts Canada belt through my blue jeans and wearing it. I don’t remember ever adjusting the belt size. Whatever hole it had been in when my dad was a kid was where I kept it at.

Over 40 years later that belt is still in my dresser.

Even more surprising, even though I haven’t worn it in 40 years, I can still put it on without adjusting the length! 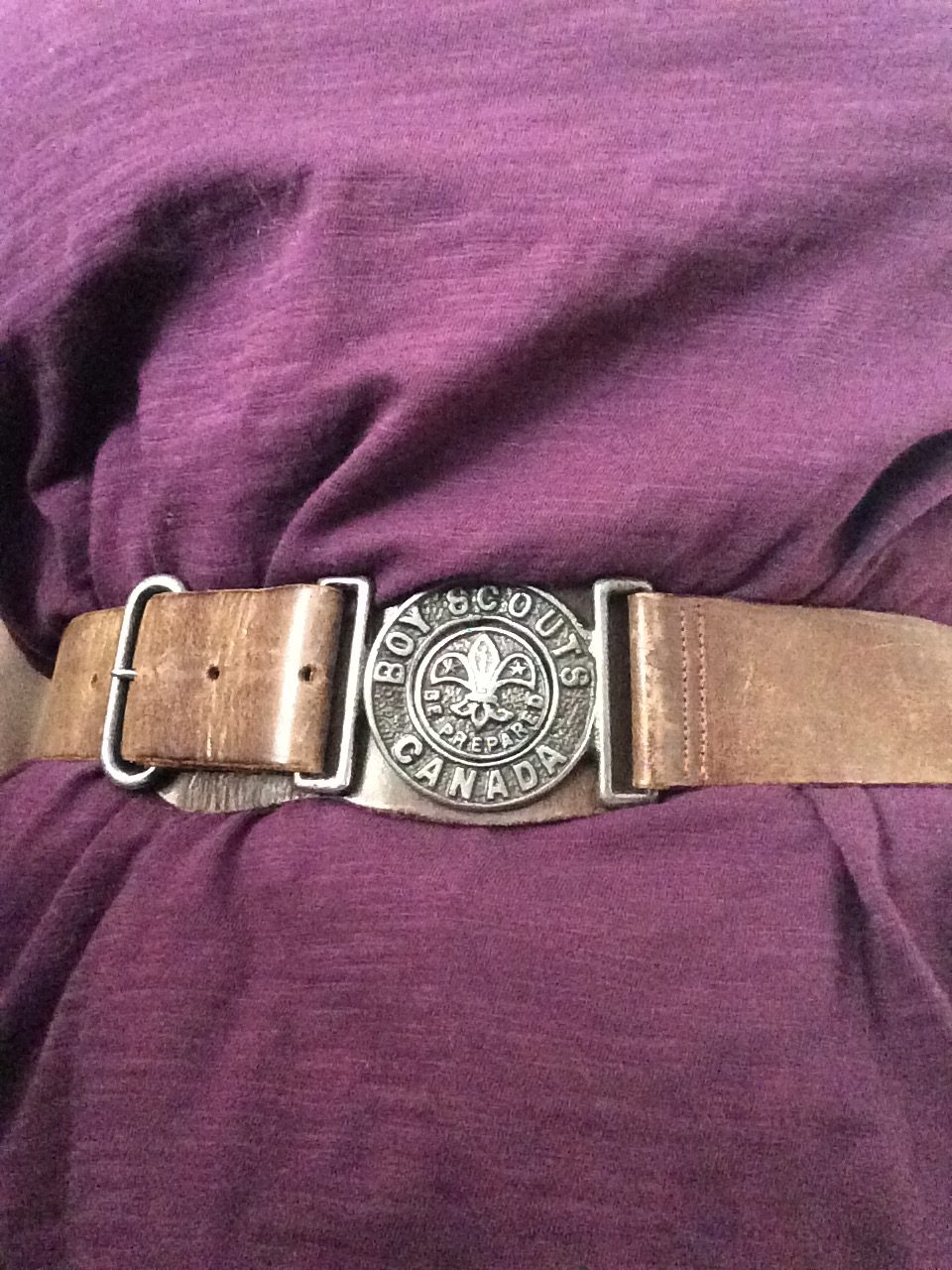 It’s too wide to fit through my blue jeans loops, but I brought it out to take photos for this blog post.

My father was eight years old in 1938. That makes the Boy Scouts Canada belt at least 80 years old. Back in those days people didn’t have a lot of money and uniforms were often handed down, given away, or sold cheap to friends and neighbors. The belt could be much older than 1938.

The belt barely sees the light of day, doomed to a life of captivity inside my dresser drawer.

My father passed away in 2015 so the belt is kind of a cute memento of his childhood, and keeps his memory close to me.

Can’t take it with me, so what will happen to my vintage Boy Scouts Canada belt when I pass on? I saw a similar one on eBay going for $20. Doesn’t seem worth the bother to me, but maybe the price will be better in another ten years or so. There’s a Scouts Canada museum in Ontario. Maybe that’s the place it belongs. I’ll have to remember to put that in my will!

Here’s a close up of the Boy Scouts Canada buckle. 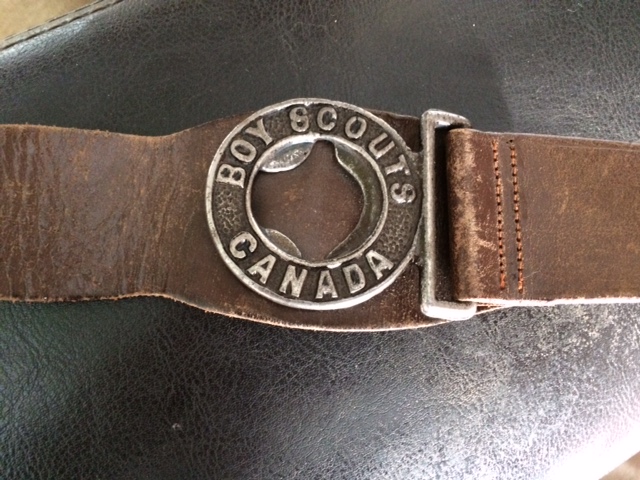 On the other side of the belt is a buckle that says Be Prepared. 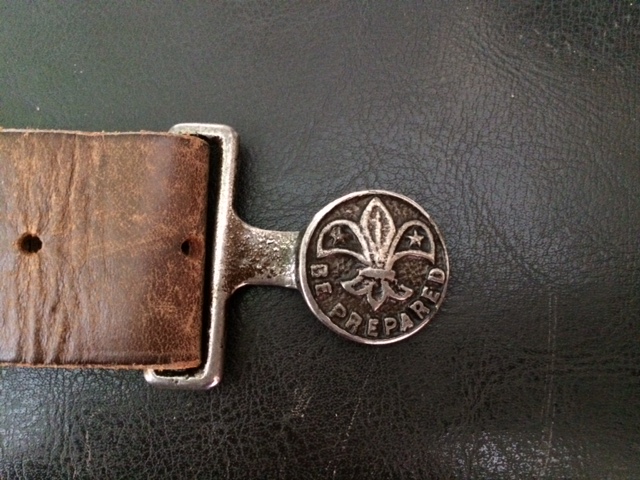 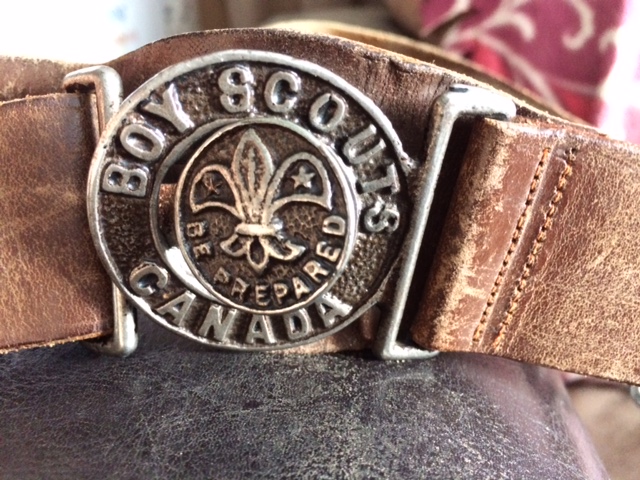 I don’t think I’d want to clip my cell phone to the Boy Scouts Canada belt. 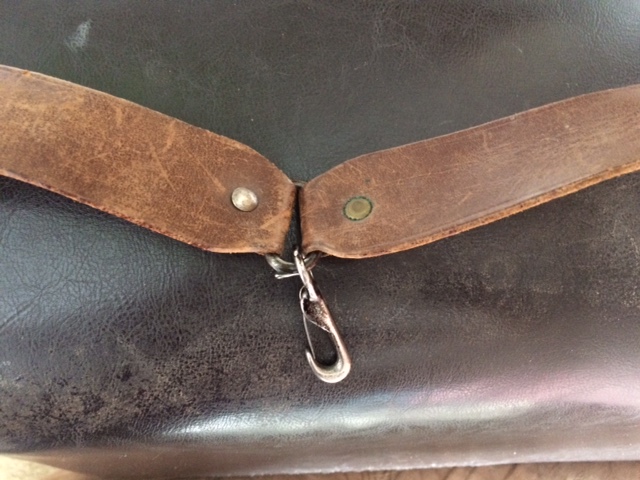 Check it out! My vintage Boy Scouts Canada belt! And yes, that’s a fire extinguisher hanging on the wall. Living the motto! I’m prepared! 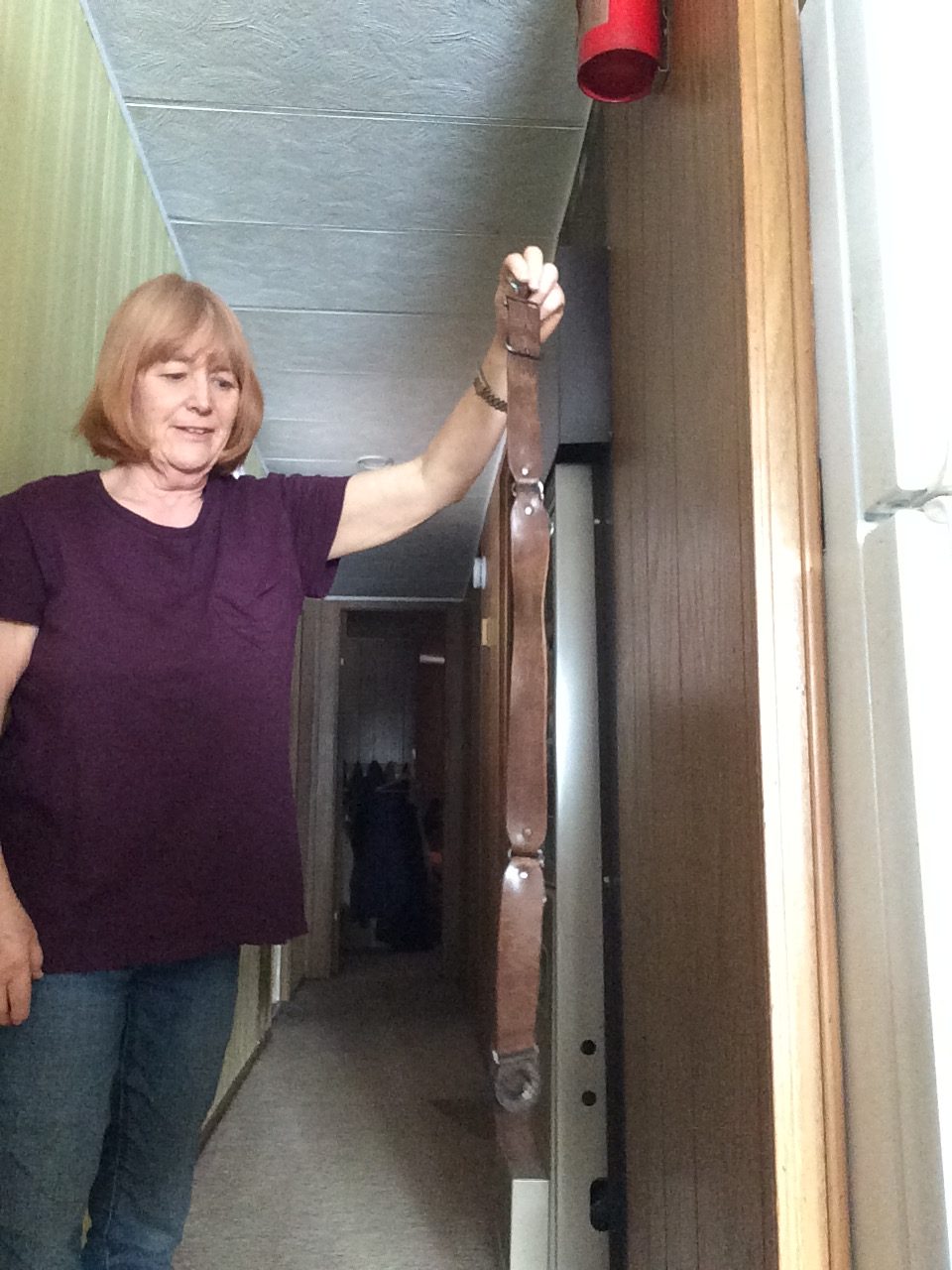 Were you ever in Scouts or Guides? Did you hang on to any part of your uniform? Or did I just learn from the best pack rat out there?