The joys of horse ownership: shelling out dollars for their upkeep.

A recurring horse expense is getting hooves trimmed, or getting horseshoes nailed on. Depending on the horse and the type of work it’s doing, shoes might need to be replaced every three or four weeks. My horses don’t wear shoes but their hooves need to be trimmed, usually about every two months. 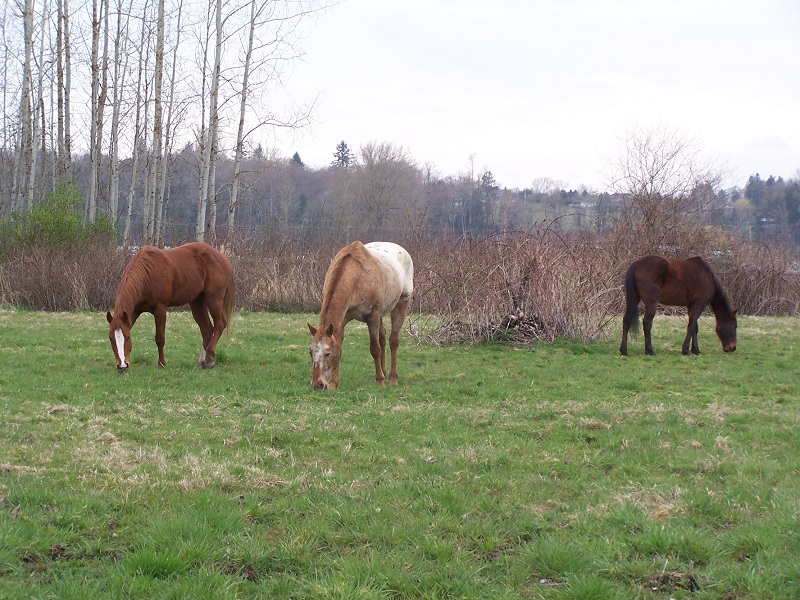 The person a horse owner hires to take care of the horse’s hooves is called a farrier.

I’ve had many farriers over a lifetime of owning horses. I don’t know. It seems to be a ongoing theme with farriers that they go missing in action. They just disappear. Their phone is disconnected. They’re gone.

That sucks! It means I have to find a new farrier – again!

A lifetime of owning horses has taught me the trouble with farriers is that too many of them are irresponsible.

Unreliable farriers give a bad name to the industry and to the hard-working, responsible farriers out there. Countless times I’ve made an appointment, gone to the farm where I keep my horse, and waited for the farrier to show up. Usually I’m at the farm early so I can feed and brush my horse.

This is back in the olden days before cell phones! 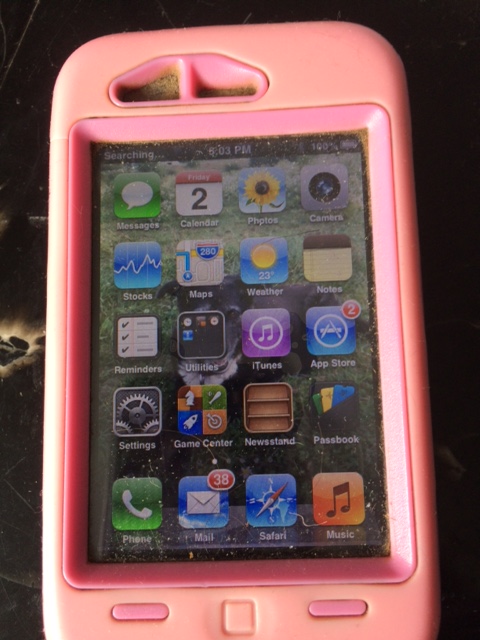 Minutes tick by that stretches into an hour that the farrier is an hour late. There’s not much point in calling his house because he shouldn’t be home. He’s trimming other horses and should be arriving at the farm any time now.

The minutes keep ticking by. No show.

After two hours I give up waiting and go home.

Then I have to find another farrier. They might come out once or twice, but the day always comes when their phone is disconnected. 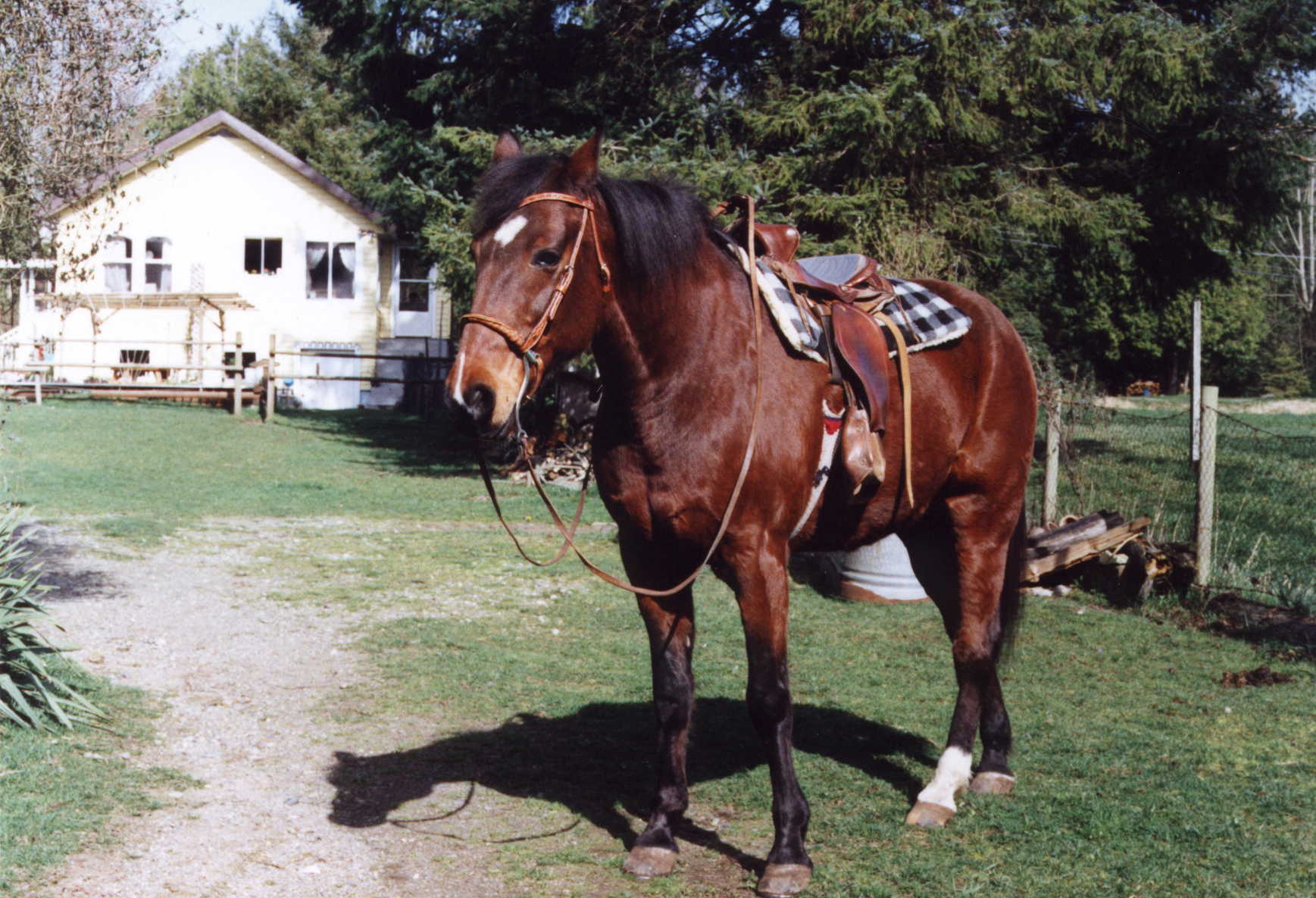 During the time I owned my Standardbred, Mark, I did find a really good reliable farrier. Mark passed in 1996 and when I bought Whistler in 2001, I phoned Bruce to see if he’d come out to trim and shoe him. And yay his phone was still connected! Unfortunately, he wasn’t working in my area anymore. I take that to read he’d become so well known he was mostly doing big horse barns and not us little guys who helped get him there.

I got a farrier’s number from an ad he’d put up on the bulletin board of a local tack store. We made an appointment for Sunday and I went to the farm where I kept Whistler and waited.

Then I waited some more. 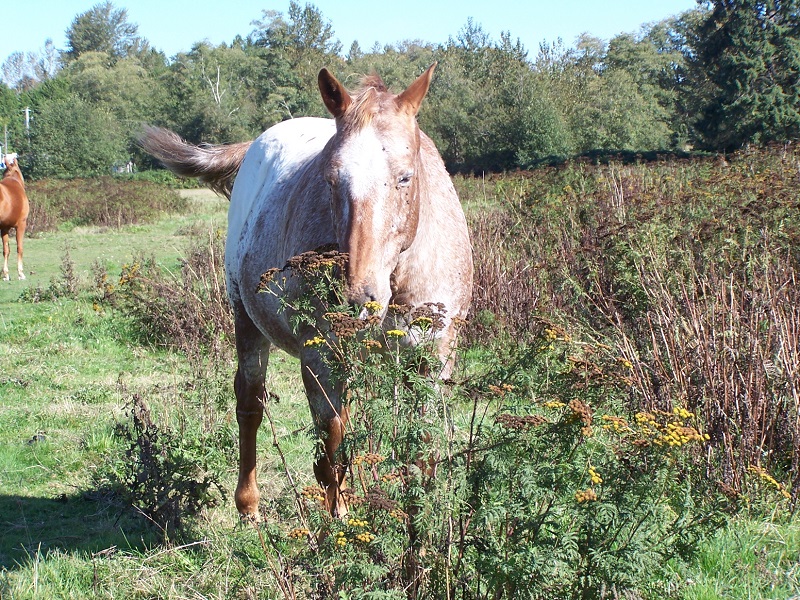 Cell phones were just starting to become more affordable. Plans weren’t. Charged by the minute. I had a phone, but like many people, I only turned it on when I needed to use it. This farrier only had a home phone number. He didn’t answer.

Ah yes, the familiar feeling of being pissed off at a farrier who doesn’t show up. Later on the deadbeat managed to reach this guy at home to find out what was going on. His excuse? He decided to take the day off! And laughed about it. Thought it was a big joke. Yeah thanks for telling me ahead of time. You can’t pick up the phone and cancel your appointment?

Back I go to the tack store and check out farrier ads. To his credit, the next farrier I called actually showed up! Good man! He knew the farrier who’d no-showed on me and said the guy has a new girlfriend who doesn’t want him working Sundays. The guy blows off a paying job, an hour out of his day, so he can spend more time with his new sweetie. The new farrier agreed with me that the guy should have called me ahead of time to cancel or reschedule. That was rude. What a jerk! 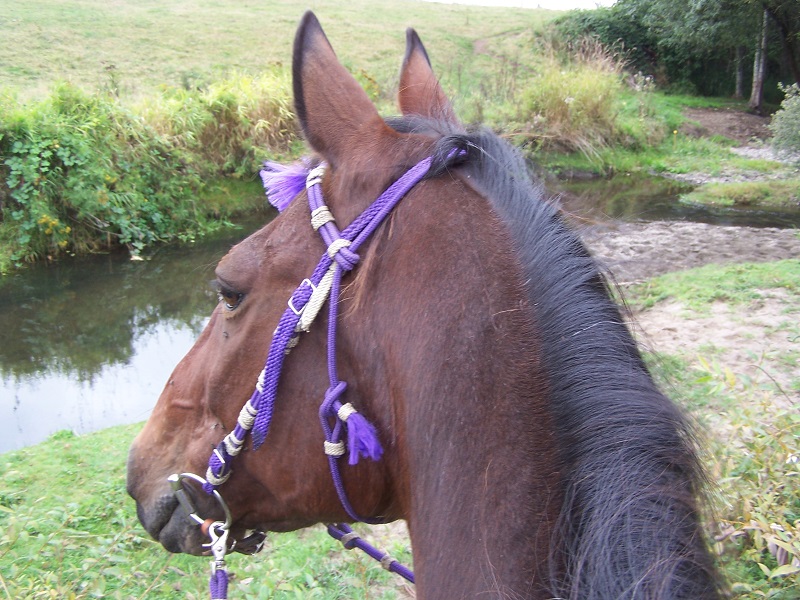 Here’s the thing with farriers. They’re self-employed. They shouldn’t be turning away business. They have to make appointments when their clients are available. Most people work during the week, so that means farriers do a lot of work on weekends when their clients can be at the barn with the horses.

The new farrier I found trimmed Whistler one more time. He announced he was moving to Ontario. His wife came from there and they wanted to be closer to her family. So that’s too bad. And it also means I’m still trying to find a farrier!

The deadbeat was working at Home Depot at the time and one of his coworkers was an apprentice farrier. He came out to trim Whistler. I rode Whistler a lot when I first got him so I’m sure he always had shoes back then, so the farrier did the full treatment.

The next time I called him, his phone was disconnected. He had quit Home Depot. There was no way to find him.

Yup, another farrier down for the count. 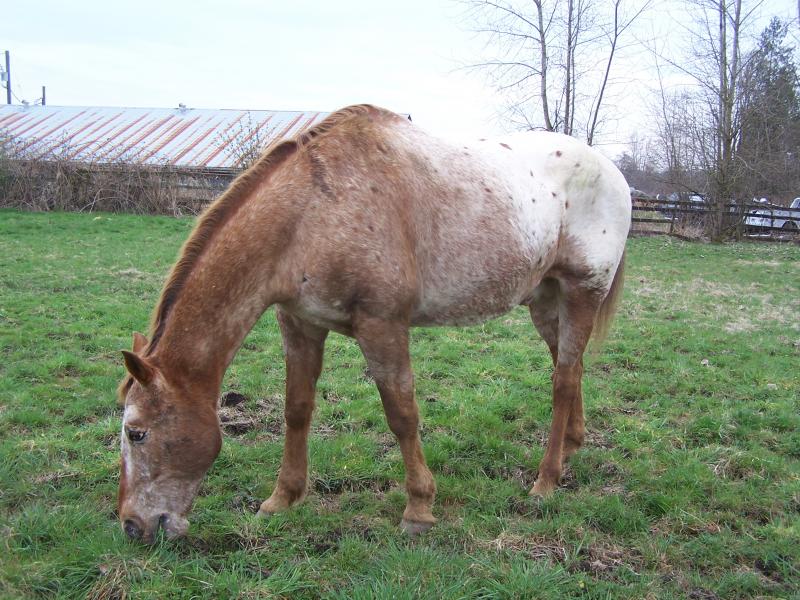 A few years later I leased a farm in Pitt Meadows and took a few horses in for boarding. One of my boarders, Nancy, was at a big fancy barn in Vancouver that she couldn’t afford, and my old farrier Bruce was her farrier! Ha ha! Small world. He gave me a good recommendation for horse boarding. He still wasn’t coming out to do horses in this area, but he recommended his apprentice.

I was home and hanging out with Nancy waiting for the apprentice farrier. She knew him because he’d been with Bruce several times while shoeing her horse. Anyway, he shows up and he’s got a friend with him who jumps out the other side of the truck.

I’m looking at him, wondering who he is.

I finally figure it out. The MIA farrier from three years ago who disconnected his phone and quit Home Depot so I couldn’t find him. 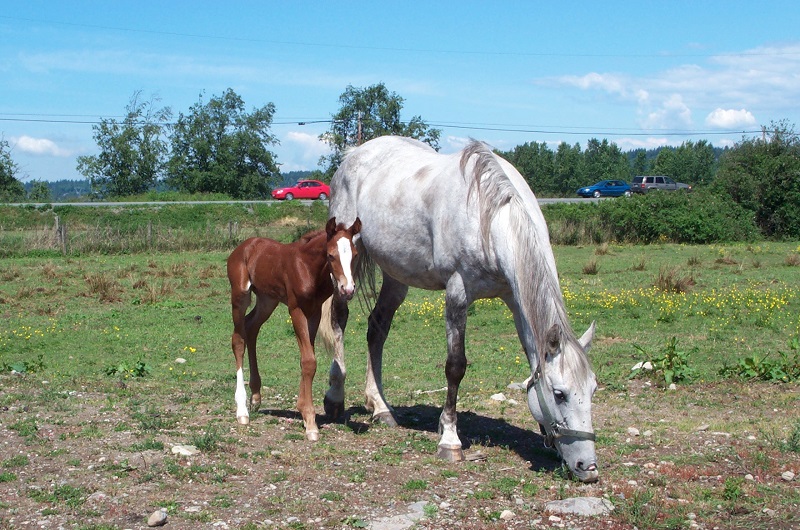 I guess he probably figured out I didn’t need him trimming my horses anymore. Sucks to be him. By now my herd had grown to four horses (including the newly born Cajun) plus two pregnant miniature donkeys. He left a whole lot of money on the table when he took a powder!

A farrier with staying power!

Believe it or not, there was another man working part-time at Home Depot who’s also a farrier. Ken, a retired teacher, had taken farrier classes, did sideline work, and still had all his tools. He started taking care of my horses and we referred a few other horse owners to him. Just a few extra bucks for him. He liked spending time with horses and keeping his farrier skills sharp.

Ken took care of Whistler, Lucky and Cajun for 15 years. The last year he kept hinting to me to find another farrier because of his age, his back and eyesight were failing him. One day he said he just couldn’t do it anymore.

I was crushed. Still brings tears to my eyes. Clearly it was nothing personal. It meant I had to go through the anguish of finding a farrier again.

Check out Part 2 of Life with Horses and the Trouble with Farriers!

And don’t miss my post on Bliss With Horses.