Did you buy an iHome clock radio/docking system a few years ago? 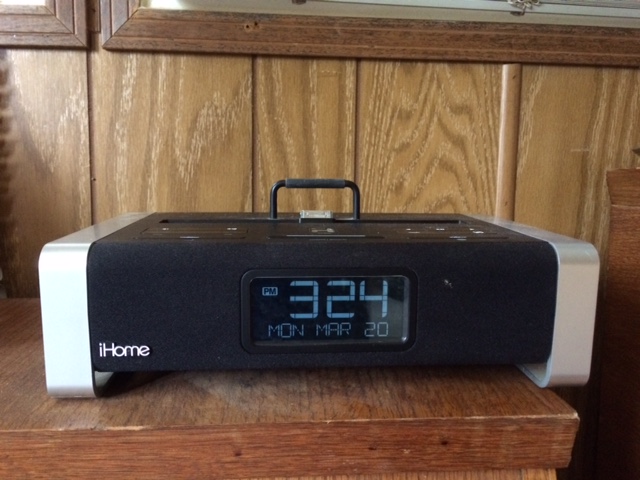 The iHome is a handy device to replace the old clock radios, and also serves as a docking station for iPads, iPods, and iPhones. It charges low batteries quickly. 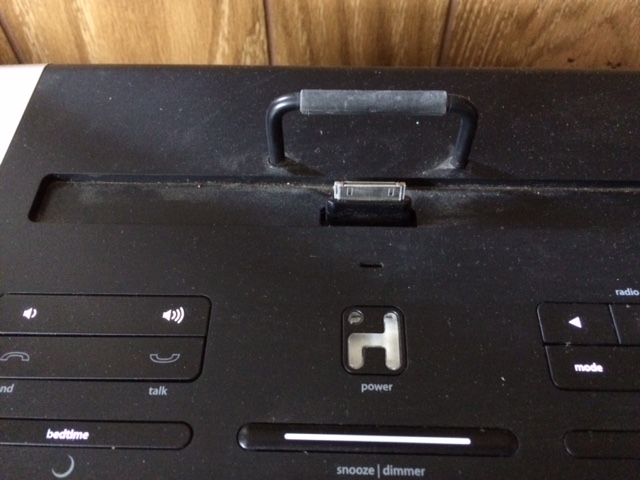 My iHome is about ten years old and works wonderfully for me. I have an iPad (original), an older iPod Nano, and an iPhone 3Gs.

In 2016 my cell phone provider offered me a free iPhone 5s. All they wanted was for me to stick around as a customer for the next 2 years. Not a problem. I wasn’t planning to go anywhere, and it was about time I upgraded my phone anyway. Not that there was anything wrong with my old iPhone. It worked just fine. Except when I wanted to add new apps. Too many times I got an error message. Too bad, so sad, your phone’s too old to work with this new app.

Shortly after I received my new phone, I noticed the bottom area, where the charging pins are, was too small to fit onto my iHome. My old iPhone has 30 pins. The new iPhone has 8 pins. 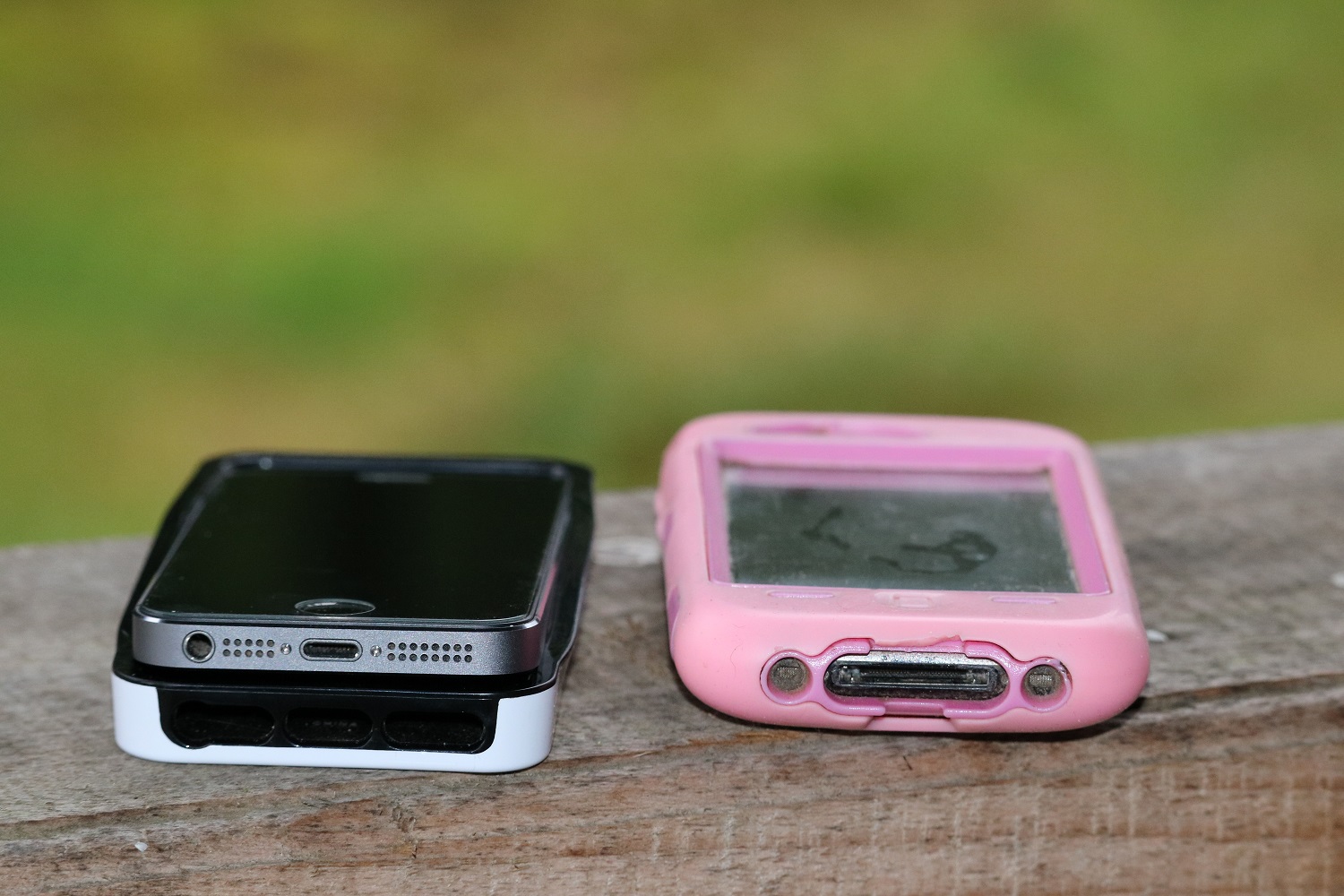 Does this mean I have to shell out $100 or so to buy a new iHome just to charge my new phone? I’m frugal, and besides I still had two devices that could dock and charge up on the iHome, so I decided the plug that came with the phone would have to do.

Adapter to the rescue!

After a little research I realized there’s a 30 to 8 pin converter adapter and that meant I could buy one to pair up my new iPhone to the iHome. They cost around $30 at the Apple store, around $5 to $10 on Amazon, and perhaps a little cheaper on eBay. I read some reviews and saw people were buying the less expensive 30 to 8 pin adapters and they worked just fine on the docking device to charge up. The adapters do not work with audio. In other words, while the phone is charging on the docking station, it won’t play music. No problem. I don’t listen to music on my iPhone anyway.

There are two different 30 to 8 pin converter adapters to buy. 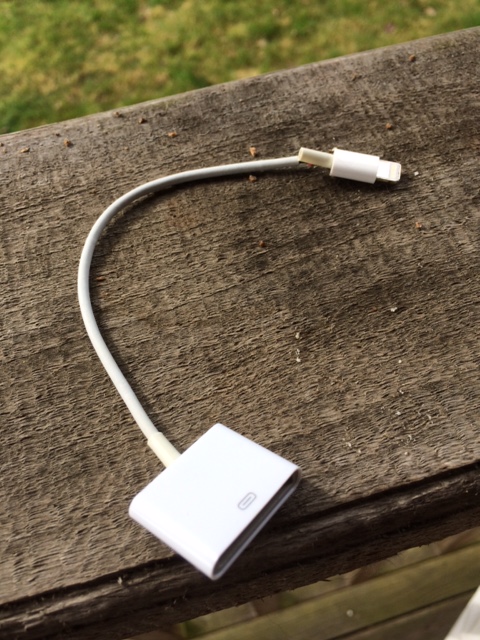 One has a short cord between the 30 and 8 pin to plug into the iHome. 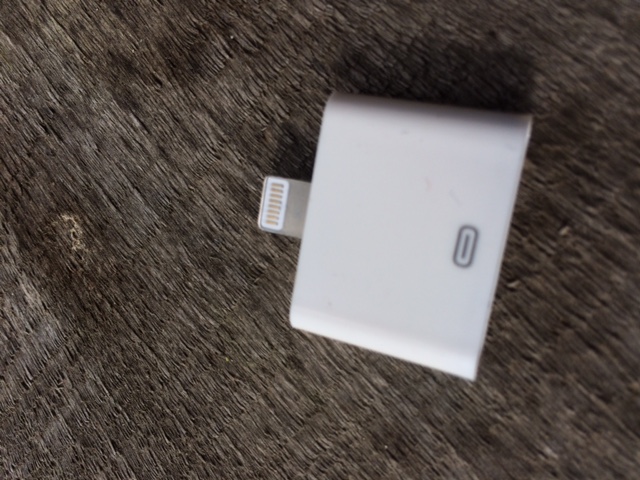 The other just has the 8 pin on one end and the 30 pin on the other end.

I bought the one with the cord on eBay for $3 including shipping, because it was a couple of bucks cheaper than the one piece unit. 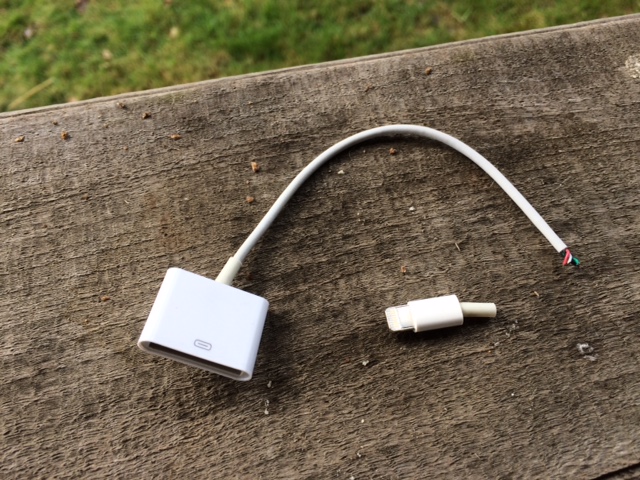 Maybe I should have bought a few adapters…

It lasted only a few weeks, not even 2 months, before the 8 pin side fell off the cord. It wasn’t like I was tugging on the cord. I always held onto the plastic portion when plugging or unplugging the phone. Cheap piece of garbage. You get what you pay for, right?

I went back to eBay and a different seller and bought the other one piece adapter for $6 including shipping. 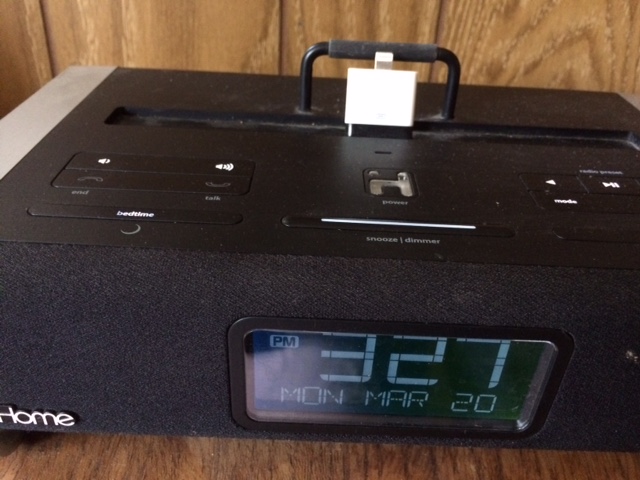 It lasted about 8 or 9 months and then went kaput! Nothing broke. It just stopped charging. 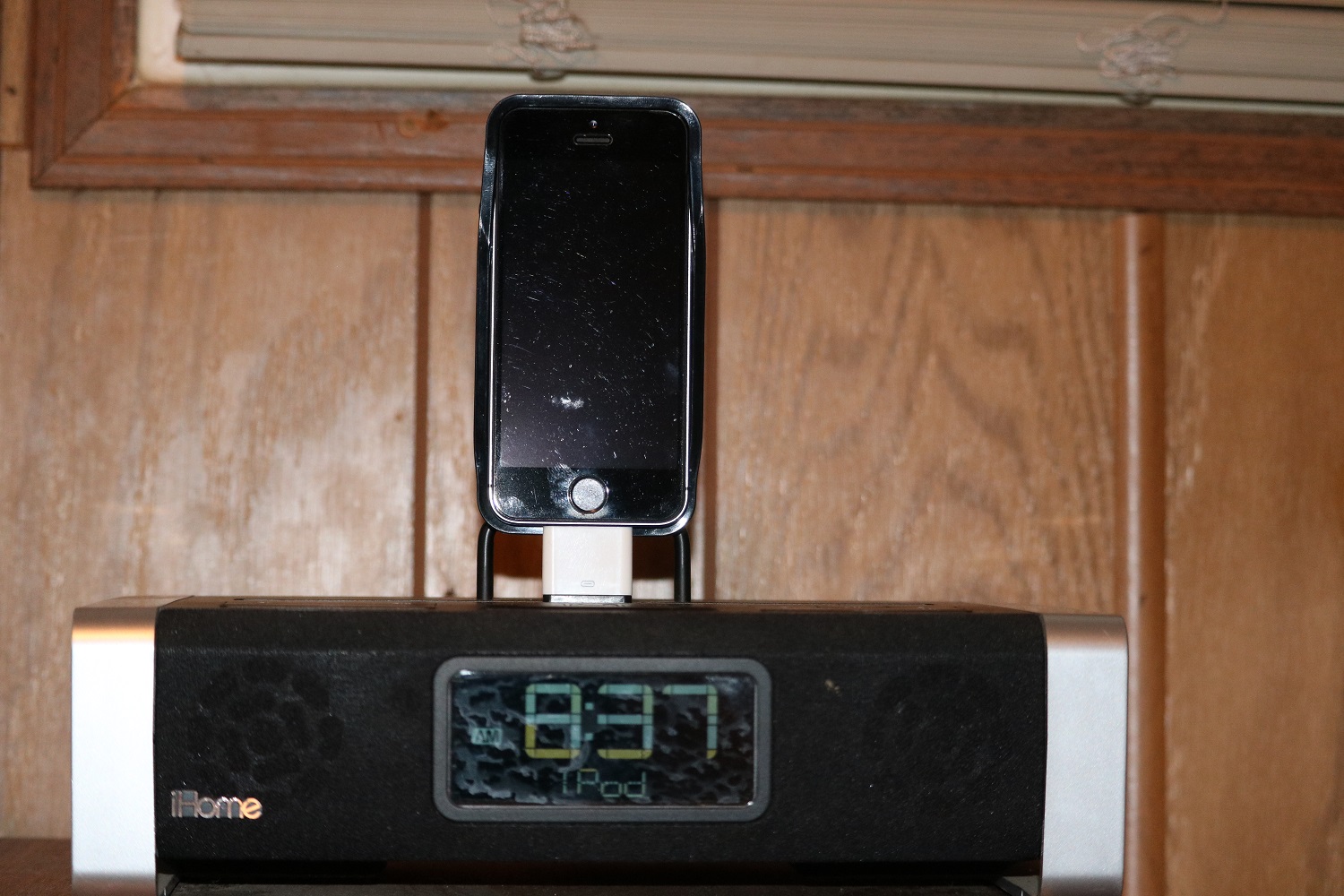 My recommendation is do not buy the 8 to 30 pin adapter with the cord because chances are it will fall apart sooner rather than later. Purchase the one piece converter instead. And hope for the best. Maybe buy a couple of them.

As for where to buy it, and if audio isn’t an issue, save money and look on eBay and Amazon. Check the reviews. If people are giving negative reviews and saying it’s junk, buy at your own risk. I’ve been checking the dollar store, but haven’t seen them there. $10 or less is cheaper than buying a new iHome system. I’m all about saving money and living frugal.

Do you have any tips when a newer phone is purchased and has to be matched up to an old docking station?