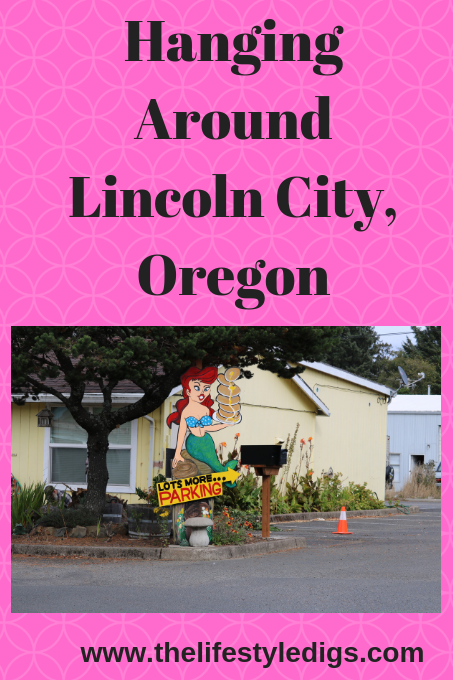 When I rolled into Lincoln City, Oregon the first thing I had to do was buy another charger for my Kindle. I’d left it at the Motel 6 in Seaside the night before. I spotted a Walgreens when I arrived in town and bought a charger there. $25 ouch. And double ouch. 3 weeks later that charger packed it in ☹ You’d think a charger that’s on the expensive side would last longer than that.

Disclosure: this post includes affiliate links. If you click on a link you’ll be directed to another web page to look at the item I’ve mentioned. If you make a purchase, I’ll receive a small commission for the referral.

While I was driving the Oregon Coast I kept coming across scenic viewpoints and beach access and I had to stop at them all for photo ops and admire the sheer beauty of the coastline. Yeah sometimes last second decisions to pull in on two wheels! Lincoln City didn’t disappoint. It didn’t take long to come across a decent sized parking lot overlooking the ocean. Yup another get out of the car and enjoy the view moment, and my dogs and I went for about our tenth walk on a beach that day. I was blessed with sunny days the whole time I was on the coast, which sure beats walking along the shore in the pouring rain! 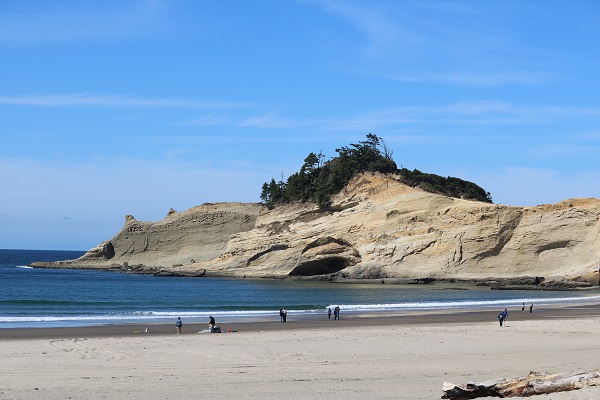 Even though it was a half hour before check in time, I decided to head to the Ester Lee Motel and see if I could check in early. Fortunately yes! On the drive to the Ester Lee I noticed two places I was planning to visit: Dutch Bros Coffee and J’s Fish and Chips.

Always have food on my mind

Usually when I travel I like to eat at local establishments instead of chain restaurants. The exception being chain restaurants that aren’t in Canada. Unfortunately, there are no Dutch Bros coffee restaurants near where I live. There’s one about two hours away near Seattle, Washington. And that two hours doesn’t count border line ups which are outrageous at times, especially when gas prices are high in B.C. Anyway, thanks to an Undercover Boss episode 5 years ago, I heard about Dutch Bros. I’m not much of a coffee drinker, but I’ll drink mochas and frappuccinos occasionally. I definitely saw them serving up iced drinks on that show. I checked out their website and saw that Dutch Bros are located in many of the towns I’d planned to spend the night in, obviously a popular Oregon coffee bar. Dutch Bros is a drive through place, no inside seating. I’d noticed on their website they have a drink called a Crazy Hawaiian (dark chocolate, macadamia nut syrup, and caramel) which sounded perfect for me. I’m a big fan of Hawaii. And chocolate!

After settling in to the motel, I loaded up the dogs for a two minute drive back to J’s and ordered the fish tacos to go. I had a couple of Adirondack chairs outside my room at the Ester Lee and planned to eat dinner there and enjoy the Pacific Ocean crashing on the shore below me. For $5 I got a take out container with two fish tacos, tortilla chips, and coleslaw. What a bargain! The fish was cooked to perfection, not greasy, nicely flaked, and good crisp batter. It was a little sloppy with the soft shell tacos stuffed with fish and coleslaw, but I got through it. I’ll definitely order these again on my next trip to Lincoln City! Check out the menu at J’s Fish and Chips. For these prices I could eat here every day. And I think some locals do just that!

After dinner my evening fun was shopping at the Lincoln City Outlet stores. I was surprised to find some of the stores I’d shopped at years ago are still operating today. I was also surprised at the lack of cars in the parking lot. Tuesday a dead night around Lincoln City? First stop was Jockey because I can always use some more underwear! The last time I was here Jockey sold 3-pack undies in a plastic tube. There were no other shoppers inside the store. The lone sales clerk was a lovely lady who pointed me in the direction of the 3 pack sets (no longer in tubes) and told me they were on sale – buy one get the second half price (I think). Same deal with socks so I bought a couple of packs. I am forever getting holes in my socks. No matter how much I clip the nails on my big toes, they’re determined to poke a hole in every pair of socks I own! The sales clerk asked if I needed a new bra because she says Jockey sizes you differently than other stores. She picked up some silicone cups in different sizes and I guess you fit them over your boobs to make sure the cup size is right. I almost agreed until I remembered some odd bruises that mysteriously showed up in that area. I have no idea how the bruises got there. It just seems the older I get, the more easily I bruise for no known reason. Not wanting the clerk to think I was in an abusive relationship, I declined, saying that I was trying to lose weight and the bra size might not fit when I get to my desired weight. Maybe next time.

Anyway, you can check out the underwear style I like. Jockey underwear is soooo comfortable. If you haven’t bought this style in the past, give it a try. They’re reasonably priced.

My next stop was at the Levi’s store. I’ve owned horses most of my life and jeans have been a mainstay for me for over 40 years now. Generally I like jeans with a bit of room in them to stay comfortable in the saddle. However, I recently read an article aimed towards older women that says we should wear clothes that fit us better so we don’t look older! OK. My takeaway: loose jeans = look older than I am. I’ve also lost some weight recently and decided it’d be a good time to get some nice jeans. The problem is I’m a petite and it’s hard finding jeans with an inseam that fits me. Inside the store I saw a couple of clerks. The woman came over and I told her I was just having a look. I spotted slimming skinny jeans and that caught my interest. More so when I saw the inseam of 28” and grabbed one off the shelf to try. The jeans fit perfectly, though I wondered if I wasn’t being age appropriate. 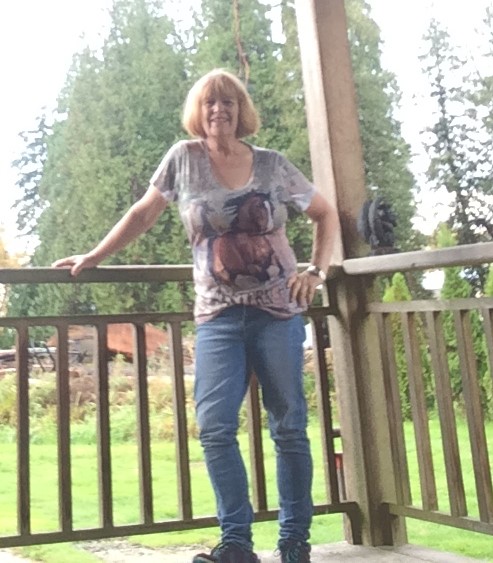 I asked the female clerk and she said they looked great, doesn’t matter your age. Seeing as how I’d recently lost 15 pounds, I wanted to buy jeans that fit well and look good for going out, not just for around the horses. She pulled another pair of jeans off the shelf that are boot cut with an inseam of 30”, about the maximum I go for when buying jeans, called 314 Shaping Straight. She said once I have boots or shoes on there won’t be as much difference. And yes, I sort of know that, but sometimes this length does drag on the ground. Anyway, so far so good. They sit nicely on my Justin Gypsy boots.

If you’re thinking of a new pair of jeans that have the right amount of stretch in them to be comfortable and can shape you to help you look skinny, these Levi 311’s are a great choice.

Crazy Hawaiian for a crazy Canadian 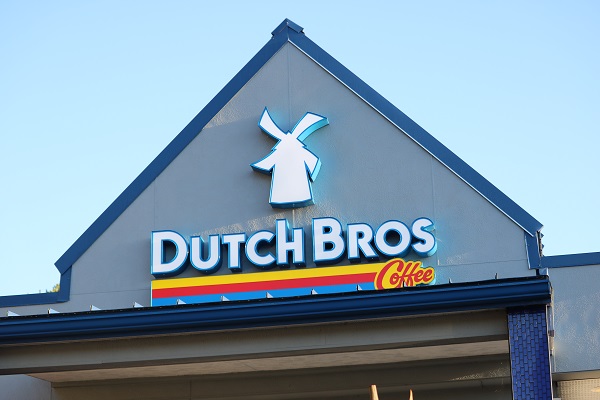 The next morning I drove to Dutch Brothers for my first ever Crazy Hawaiian! Loved it! Loved it so much that I took a picture where I enjoyed it while watching the ocean while eating a granola bar. I sat outside for a couple of hours with my Kindle reading Oh Fudge, part of a cozy mystery series that takes place on Mackinac Island. I wanna be a fudgie! 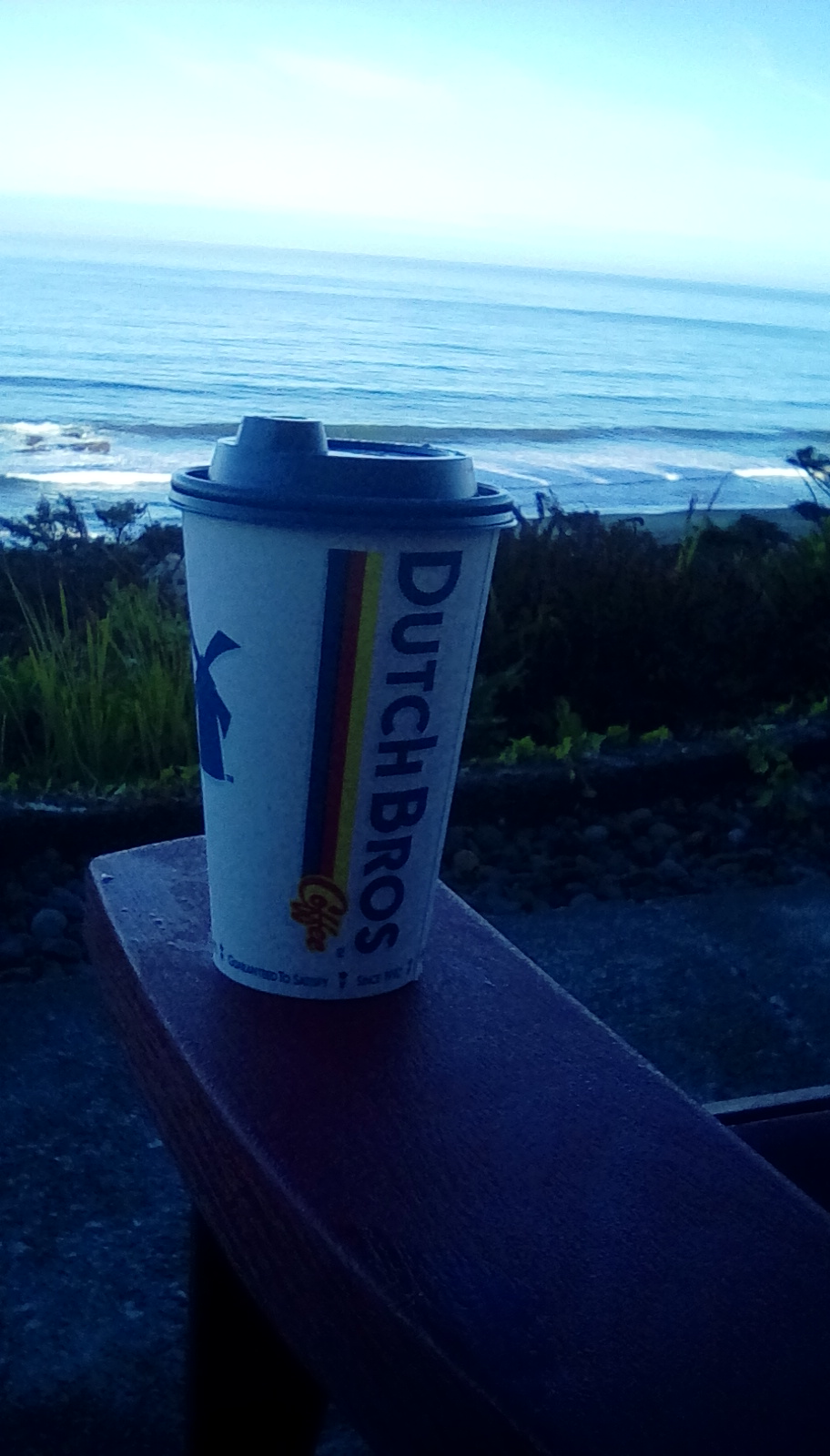 I decided to head down to Newport for a few hours. Originally my plan had been to stop in Newport on Thursday, as part of my drive from Lincoln City to Coos Bay, but I decided to fit in Newport on Wednesday instead, so I wouldn’t be pressed for time while driving to Coos Bay.

Taking a look around Newport

I had a few things I wanted to do in Newport. I spotted the Walmart and had to go in to buy more dog food and dog treats, plus a few groceries that I can’t buy in Canada. The next shopping experience was The Feed Corral. Being a wannabe cowgirl, I have to stop and browse at every tack store around. You never know when you’re going to find something different you can’t get back home. I picked up a couple of cute shirts here, including the one I’m wearing above with my new skinny jeans.

I’d read an article about the most whimsical street in Oregon with photos showing this.would be a fun, unique shopping experience, even if it was only window shopping.

It was after noon and only a handful of shops were open. The place was dead until my dogs and I showed up on the scene. A lot of fun shops, murals, nautical theme, very cheery looking shops. Sadly nothing was open that interested me enough to head inside. Maybe they’re only open in the summer months and shut down in September after Labor Day. My recommendation: skip it! If you’re still curious, check out the quick video I made of what you can see.

The last place I plugged into my GPS was the Newport Chowder Bowl. I was looking forward to eating their clam chowder in a sourdough bread bowl. I’d already checked with them and their clam chowder doesn’t contain any meat products. Sounded perfect for a pescatarian! I drove down there and couldn’t find any place to park. What a bummer. I circled around a few times but the streets were packed. If I didn’t have my dogs in the car I might have parked further away and walked, but I can’t do that. I like to be able to keep an eye on the car. These are my babies.

I did the only thing I could do. I headed back to Lincoln City and had lunch at J’s. Clam strips and their homemade salt and pepper potato chips served hot. Good stuff!

The rest of the day was spent walking the beach and shopping for souvenirs. A relaxing day. If you don’t count looking for an elusive parking spot near the Newport Chowder Bowl. 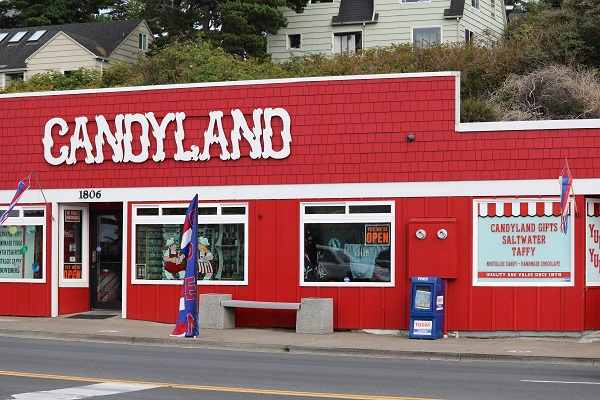 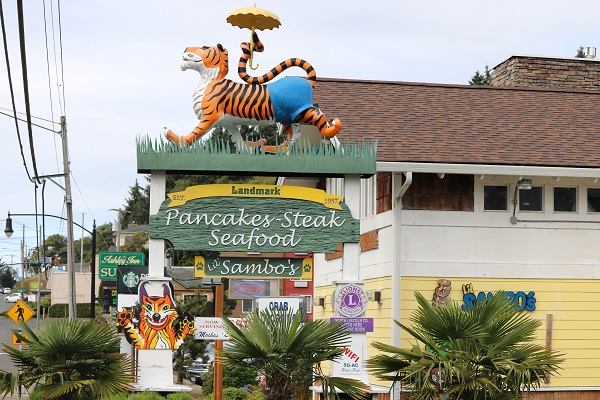 I went back! Yes Oregon 2019! Check out my post on things to do in Lincoln City and watch my video slideshow.