I was reading Boomer and Echo weekend edition that mentioned Primerica and it brought back a memory I’ve tried to shove aside.

For those of you not familiar with Primerica, in a very loose definition it provides financial services: mutual funds, loans, and insurance, and probably other financial products I’m not aware of. Remember – loose definition.

Primerica is also described by many as a pyramid scheme. Pyramid schemes can be legal or illegal. A loose definition is a person has a higher chance of making money in an illegal pyramid scheme! Legal pyramid schemes have groups of people who flog useless or overpriced products and services that are often substandard, and when someone lower on the pyramid makes a sale, everyone upline receives a cut of commission.

Like I said I’m just giving a loose description. I have no interest in getting into deep discussions with anyone who is for or against Primerica.

My deadbeat ex used to get involved in just about every pyramid scheme out there. I don’t need to list them. As I said I’m not interested in getting into pyramid scheme debates. We did become good friends with a person who’d recruited him into one of these money losers. This couple owned an executive acreage on a lake and decided to get a llama, which they did after building a small barn and fencing in the property. They bought a llama from a woman who bred them as a side business. I don’t recall how they knew her but I have a feeling it may have been through one of these schemes they were involved in. The woman threw in a second llama so the first llama wouldn’t be lonely. I believe their names were Pepe (the one my friends bought) and Itty (the companion who was smaller).

Even though I love horses, I’ve never been keen on llamas. Pepe and Itty were good buddies and stuck like glue to each other. Our friends trained them to ride in the back of their PT Cruiser. The llamas got in, knelt down, and rode in the back. I believe the back seats were somersaulted forward so the llamas could have more room back there. Yes, that must have been quite a sight for other drivers to see when a llama stuck its head out the window the way dogs like to do. 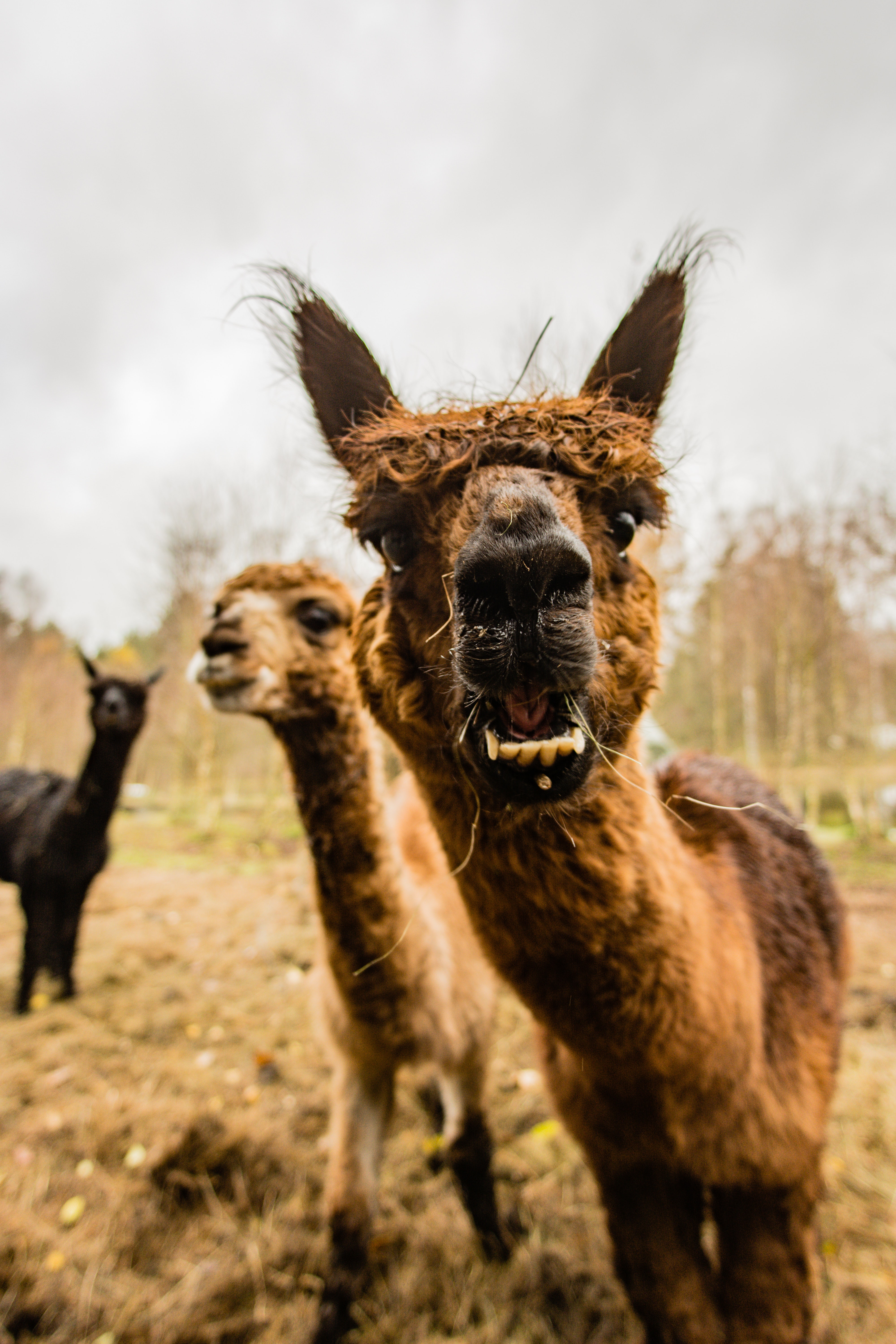 Pepe and Itty weren’t all that friendly to humans. They were spitters. Don’t get too close, and if you do, you better hope you can duck fast when they aim a wad at you! One time I was visiting and Pepe jumped up on our friend, a man over 6 feet tall. Pepe wrapped his legs and hooves around him like he was going to hump him, and our friend was beating the beast to literally get him off his back.

OK let’s get back to the woman who sells Primerica and llamas, whose name I’ve long since forgotten.

No, let’s back up a bit. I had a bank account at TD (Toronto Dominion). I no longer have an account there, and you can click here to read how I was a victim of a rogue employee, and that’s why I closed my account. In the 90’s I had an RRSP (registered retirement account) with TD, and I had about $10,000 or $20,000 (I don’t recall the exact amount) split between four different financial products to diversify and lessen my risk. Mutual funds and a money market. I was happy enough with them. This was in the days before I figured out the stock market would be a better investing choice. I wish I knew then what I know now about investing.

It was 1999. The llama seller has gone through this Primerica course and is all excited about it and gets the deadbeat all excited about making money. The problem is he has no savings. He’s a spender who doesn’t think about saving for retirement. He knows about my savings and goes after me to help out this acquaintance by transferring my RRSP to Primerica and buying their mutual funds. I didn’t really want to, like I said I was happy enough with what I had, but she shows up at the house for a sales pitch, and eventually I was convinced to switch my current investments to Primerica’s mutual funds.

I was never happy with Primerica. The first thing the fund does is lose money. My “financial advisor” comes up with all kinds of excuses. For the most part I tended to ignore what those funds were doing.

In 2004 a couple of things happened. I sold the townhouse we lived in and we leased a 20 acre farm so we could have our animals and ourselves all living on the same property. Around the same time, our friends with the llamas sold their house and bought a condo. Pepe and Itty were returned to the breeder/Primerica “financial advisor”.

One day the deadbeat asks me if I want two free llamas.

You better not be talking about Pepe and Itty, I answer. 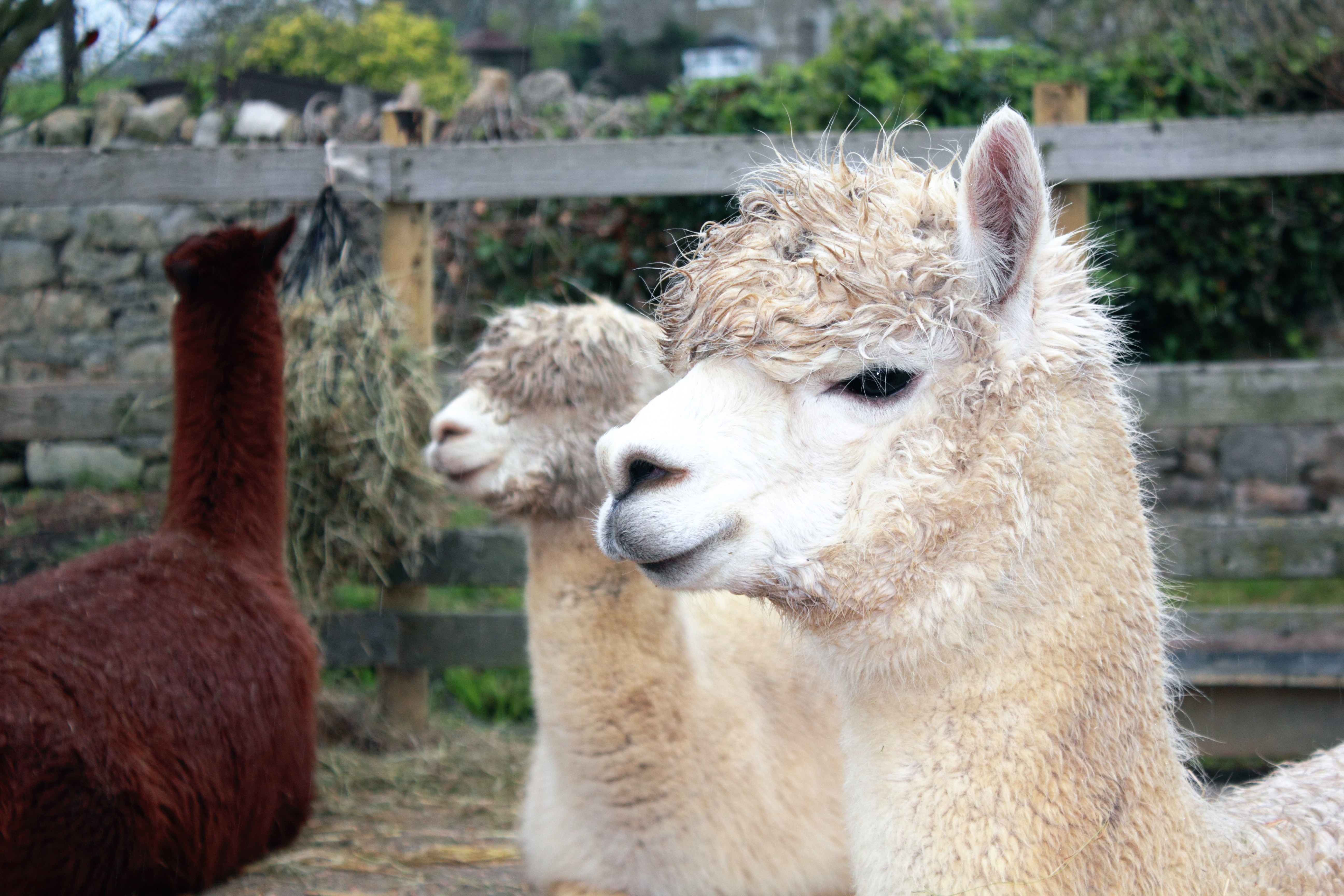 Sure enough he was. The breeder was trying to move the beasts along but I wasn’t interested. She phoned me occasionally and tried to convince me to take these two free llamas off her hands. She said they’d eat down the blackberry bushes on the property. That would just piss me off because I like blackberries! Every time she’d contact me she’d bug me about these llamas. I avoided contact with her because I knew I’d be hearing about those effing llamas.

In 2007 the farm we leased was sold and we bought a house in a residential neighborhood. I needed more money for the down payment and that meant selling the Primerica funds. Most people would go through their financial advisor to do this, but I ended up dealing with Primerica directly. I may have even complained about the financial advisor and my whole Primerica experience, and I probably had no idea how to get in contact with her anymore. Anyway it took a little time but I managed to get the funds transferred out of Primerica to use in the house purchase.

As an aside, anyone wanting to open a discussion in defense of Primerica or llamas, please read my policy on leaving comments.

My profit in Primerica after leaving my money in there for about 8 years? As I recall – zippo. The same amount going in, all these years later was the same amount I took out.

Not too long after that the “financial advisor” sent me a letter. Probably addressed to the old house and then forwarded to my new residence by Canada Post. She was somewhat apologetic that I was unhappy with my Primerica experience and then said she thought I’d taken my money out a long time ago and had no idea I still had an account at Primerica.

What kind of financial advisor doesn’t know if their client still has an account with their employer? Obviously – a Primerica one. That speaks volumes about the quality of their sales staff and overall training.

During the 2000’s I worked at the head office for a financial institution and was speaking with one of the senior staff in the registered funds department and told him about my experience with the Primerica “financial advisor” trying to push her damn llamas on me. He told me that was a huge conflict of interest. She can try to sell financial products to me because I’m an existing client, but llamas no. He said I should report her to the securities commission, but I didn’t do that. Generally speaking I don’t like to go around causing trouble for people.

My advice in a nutshell? Stay away from Primerica and llamas.