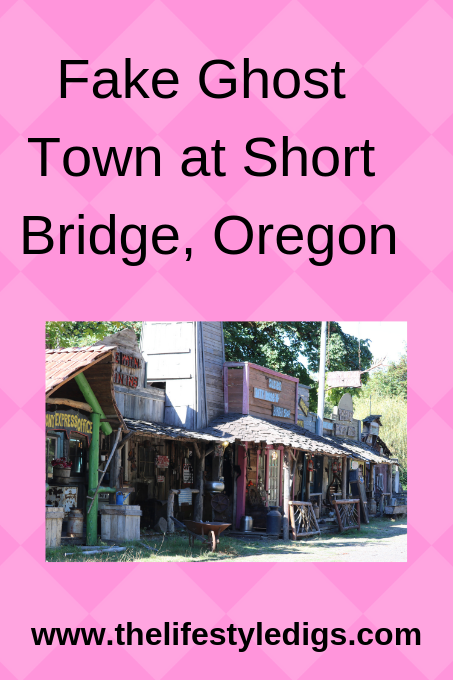 I’d heard about a roadside attraction in Short Bridge, Oregon that was referred to as a fake ghost town. Technically, false front buildings put up in front of a fence, or perhaps in lieu of a fence!

I checked out Short Bridge on the map and decided this was doable after my stay in Bend. I’d be taking the scenic route up to Portland where I’d planned my last night in Oregon.

If you’re following a map and driving out of Bend, take Highway 20 out of Bend and stay on it even when it becomes tricky and splits off to Highway 26 to Portland. Fortunately most of the cars headed north, and I continued on the windy, scenic Santiam Highway through the Willamette Forest and towns named Sweet Home and Lebanon before coming back to I-5 North. Charming! 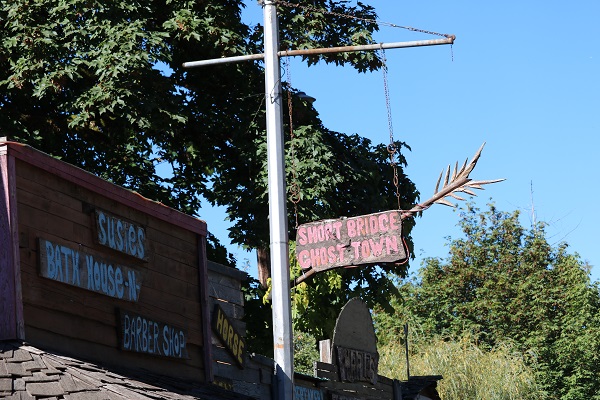 To find this fake ghost town, I plugged this address into my GPS:

As I watched the GPS count down I darned near drove past it! I spotted a rusty Ford Fairlane and that should have been a big clue. I glanced at that side of the road and noticed a jumble of false front buildings and various old fashioned ornaments and put the brakes on. 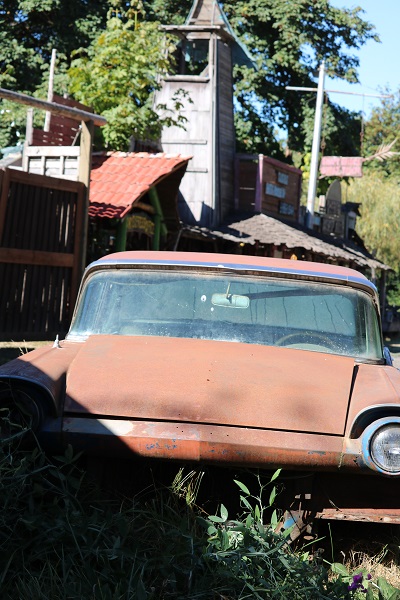 Fortunately, nearly across the street is a small rest area. It’s a parking lot overlooking a river. There are no restrooms here.

There was a maintenance vehicle parked on the side road, and a man standing next to it messing with his cell phone. The lines had just been painted and I believe it was this fellow’s job to make sure no cars drove over the freshly painted road lines. Unfortunately, he sucked at his job and I drove over the lines to enter the parking lot entrance. He did glance up at me but made no movement to stop me, nor did he say anything when I got out of my car. It wasn’t until I got out of the car and walked across the street that I noticed the line painting going on. By that time, it was too late!

There is only one resident in the fake ghost town at Short Bridge – a peacock! 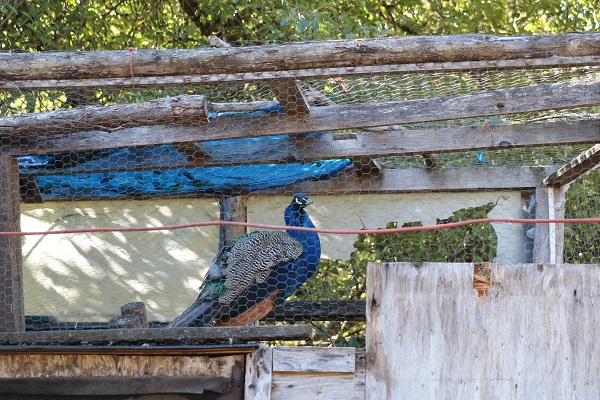 I only wish the country store was selling lemonade the day I visited! 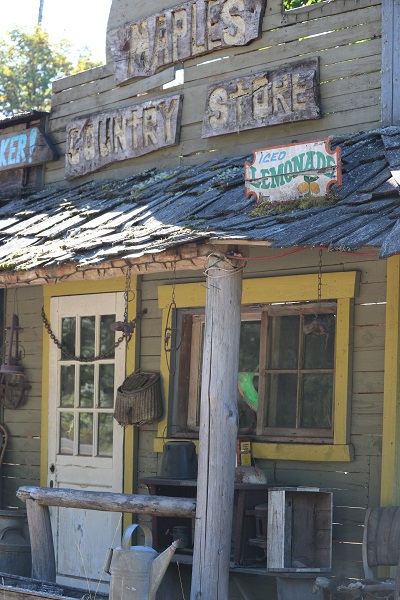 A little bit of morbidity in the fake ghost town at Short Bridge, Oregon where you can get a custom built coffin and a couple of skeletons are hanging out. 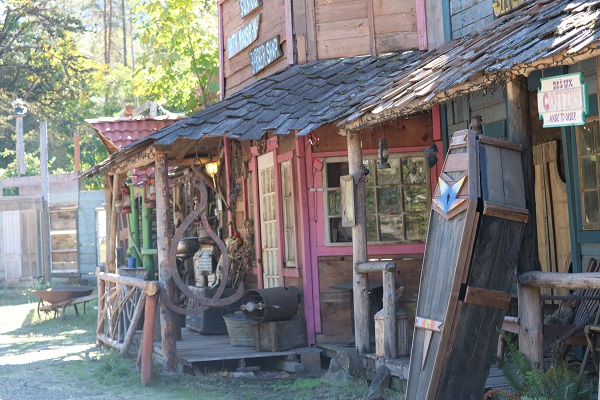 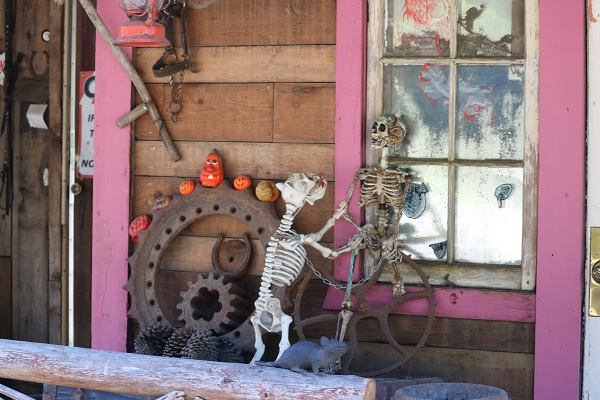 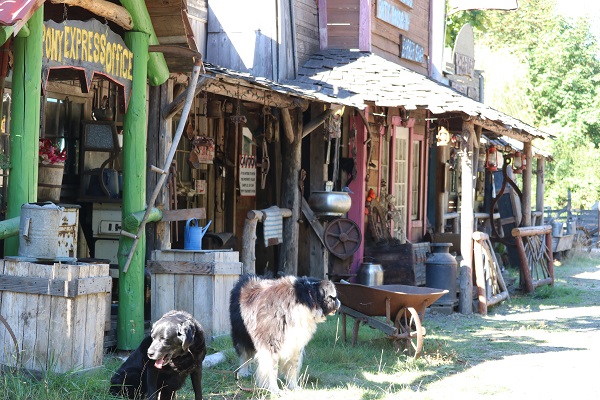 And here is a photo of the short bridge that I suppose Short Bridge, Oregon is named after. It’s a charming covered bridge! Do you see the pylon there near the freshly painted yellow line? I really thought it was there to prevent vehicles from driving across the bridge. Honest! There was nothing to stop me from driving across the line into the parking lot which is just to the left of this photo. 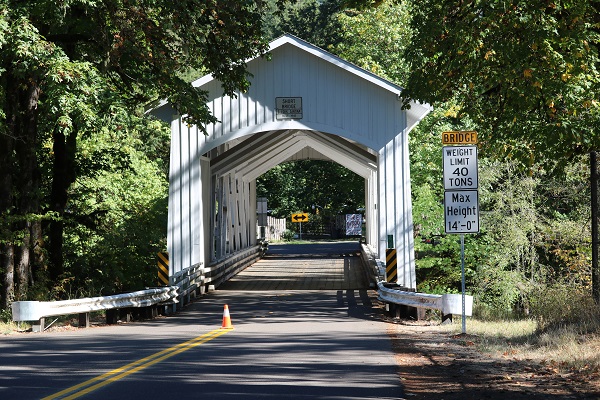 Check out my video of the photos I took of the fake ghost town at Short Bridge, Oregon.