Cheryl at The Lifestyle DigsMay 19, 2018 Hobbies No Comments

My novel Un-Neigh-Borly Behavior, a horse-themed cozy mystery novel, is available on Amazon Kindle for 99¢.

(Disclosure: if you click on the above link to Amazon and make a purchase, I’ll receive a small commission for the referral.)

Don’t buy any of my books until you read the preview! That’s right. Even though .99¢ is a great price for a full length novel, at Amazon you can read the first couple of chapters for free before deciding to buy. Get your money’s worth and don’t be disappointed. 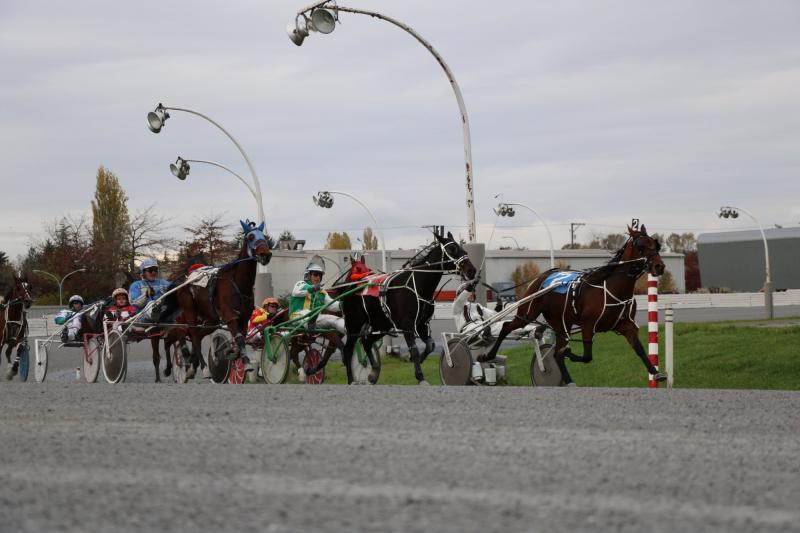 When I decided to write Un-Neigh-Borly Behavior I decided to feature Standardbred horses. A different kind of racehorse than the Thoroughbred horse racing that many people are more familiar with. Standardbred racing, sometimes known as trotters or sulky racing, is when the horse pulls a cart with a driver. There are lots of novels featuring Thoroughbreds, but Standardbreds don’t get the same attention. You don’t have to like horse racing to enjoy Un-Neigh-Borly Behavior because only a couple of scenes take place at the racetrack – but it doesn’t hurt if you’re horse crazy! The mystery is what drives the novel. Not to mention the fun cast of quirky characters!

Racing Standardbred horses is usually all the excitement DeeDee Logan needs in her life, until suddenly she’s dealing with an amorous polo player, jealous twin sisters, a lovelorn horse groom, and a racetrack derelict intent on medicating her horse.

Trying to get away from the recent craziness in her life, DeeDee saddles up her horse for a relaxing ride through the woods, but murder gallops after her when the horse leads her to the polo player, Miguel, dead on the trail.

When fingers start pointing to DeeDee as a suspect, she and her husband Grant discover some of those accusers had motives for eliminating Miguel. To avoid becoming next on the hit list, Grant and DeeDee must use good old horse sense to find out what happened to Miguel and race to stop a killer.

I guided my Appaloosa horse, Jupiter, into the trailhead and moments later we were swallowed up by the brush. Well, I could see the twin’s farm through the trees but I believe I was pretty much concealed from their peering eyes. That is if any of them were actually awake over there other than their barn boy, Harvey. Jupiter walked out quickly, his ears perked ahead. I was just ready to squeeze my legs into his sides and let him run when he came to a dead stop, causing me to temporarily lose my balance and my chest smacked into his upraised neck. He snorted.

“Hey, boy. What’s up?” I murmured, suddenly all too aware that I was a woman riding alone in the forest early in the morning and that Grant had no idea where I was. What if there’s an evil person waiting to attack me? I briefly thought about those courses I’d seen advertised in horse magazines offering riders instruction on how to protect themselves from danger. As luck would have it those courses were all offered in New York and California. None of them local or I would have considered attending. I contemplated ending my ride and turning Jupiter back home when he took a couple of cautious steps, halted, and snorted. I tensed up, hating myself for doing so, knowing full well that my smart horse would pick up on my nervous energy. He warily took a few more steps and I was fully alert looking all around me and ahead down the trail for any danger. I perked my ears as best I could, but not as good as Jupiter who held his head high and slightly to the right, rigid ears pointing ahead. I couldn’t hear a thing other than birds whistling in the distance and a light wind rustling the branches. I prepared myself in case Jupiter made an abrupt about face and ran back to the farm. I was thinking that heading home might not be a bad idea. Jupiter plodded a few more steps and then sidestepped to the right. He held his head high, staring to the left with his eyes bulged out. He snorted and stopped. What was he looking at? As hard as I strained my eyes, I couldn’t see. Though I did notice how the grass and plant life were pushed down as if someone had walked this way or pulled something into the woods. Has somebody dragged garbage out here again? I hate it when that happens. You name it, I’ve seen it. Old fridges, car parts, kitchen sinks, and household crap. That’s what had my silly old horse acting weird. Some jerk had dumped their shit out here. I relaxed and urged Jupiter ahead so I could see what was hidden amongst the plants. Depending on what I found Grant and I could return later to remove it or contact the city to pick up the rubbish if it was too big or bothersome for us to handle. At first I didn’t see anything, but then I saw what looked to be clothes. Blue jeans caught my eye, and then a black jacket and boots.

And the man they belonged to still wearing them.

If you enjoy a horse-themed novel that packs a bit more punch in the romance department, check out my novel Ringer.