Skip to content
Cheryl at The Lifestyle DigsJanuary 10, 2020February 5, 2020 Living, Money No Comments 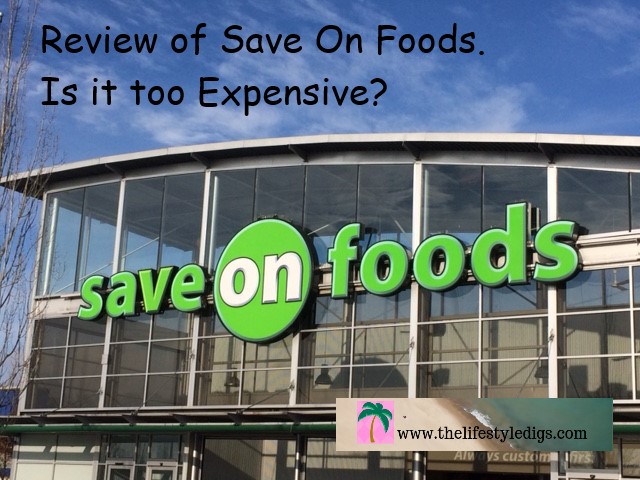 I read an article on the Canadian Budget Binder about the most expensive grocery stores in Canada. 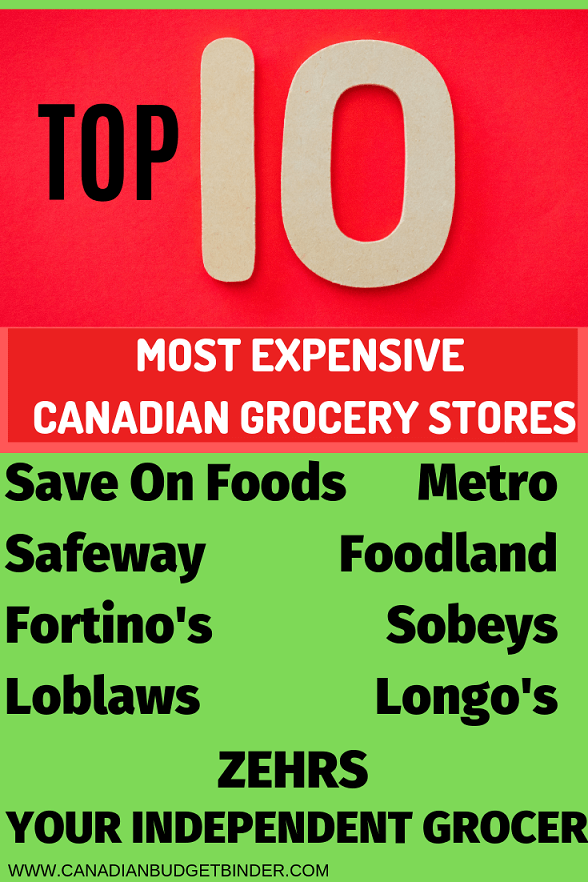 Many of these stores we don’t have in British Columbia, but the writer is in Eastern Canada and is going off his own experience.

However, he did include Save On Foods, even though it’s a chain in Western Canada. So even without experience shopping there, the Canadian Budget Binder knows through research it’s an expensive place to shop.

But it wasn’t always that way.

Save On Foods opened in Langley in the mid 1980s. It was a huge grocery store, low prices, and always packed with customers. In Cloverdale all we had was an expensive Safeway. Many residents already shopped in Langley, and now Save On Foods became the place to shop.

Save-On was the first store to have bulk food bins. This is where I thought it was cheaper buying from the bulk bin, but quickly learned that was not true when buying bulk chocolate bars.

In 1990 I moved to White Rock and there was a Save-On Foods there so that became my regular place to shop. 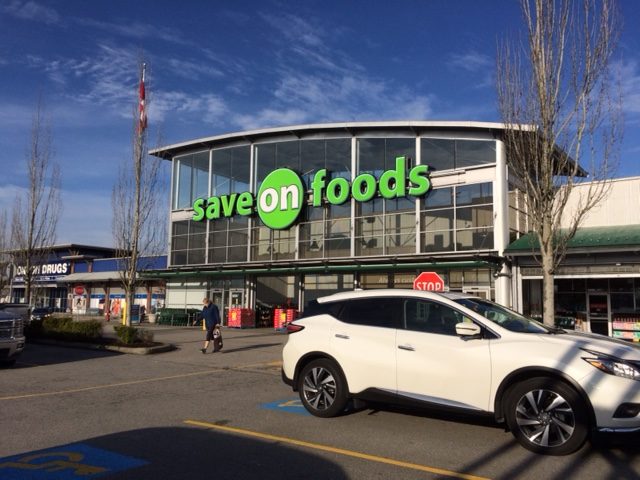 Save On More card

Save On Foods has a free membership card, called Save On More. You sign up, get a card, and get discounts on marked items in the store. You also get points based on the amount purchased. When you reach a certain level, you can cash some of those points in for groceries.

For example, I’ll see a sign on a loaf of bread or tub of margarine that says “cash in 2000 points and get this free”. So generally that’s what I’ve been doing over the years, getting something for free by cashing in points.

Over the years the Save On More card has evolved. It’s now called More Rewards. You can still get groceries right away when there’s a sign indicating trade in 2000 points and get milk or whatever. Now you can also accumulate points and buy gift cards and vacations and other things that I’ll never come close to earning enough points for.

My card is so old it still says Save On More so that’s what I’ll call it. 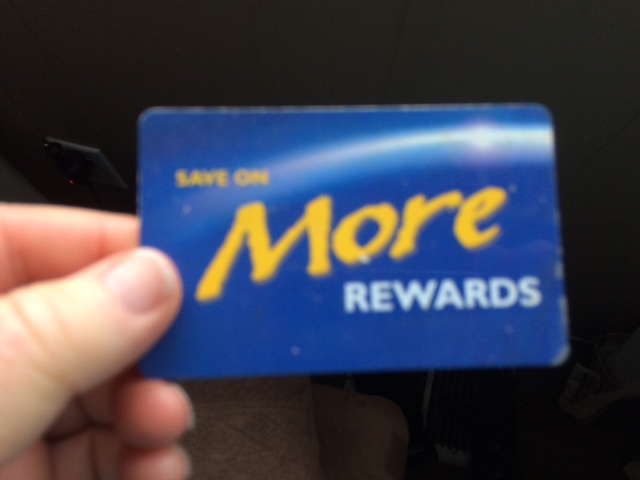 The Save On More card really BUGS me. It has bugged me ever since this reward program began, probably in the early 1990s.

My argument is if you’re going to offer a product on sale for a week, say a box of cookies is $1.99 for Save On More card holders, it should be on sale for EVERYONE whether they have a card or not. There shouldn’t be two prices depending on whether or not you signed up for a Save On More rewards card.

I can’t tell you how many times I’ve been at the self check out and someone has asked if I can swipe my card for them so they’ll get the lower price. They either forgot their card or don’t have one. I’m happy to do that. Not so much because it’s going to give me extra points, but just because of the whole unfair system that shoppers must have one of these douche cards to get a better price on the product.

When the deadbeat and I were together we each had a Save On More card and they were linked. Either card could be used and the points were accumulated on one account. Save On calls this linking cards to more than one person in the household.

Now what if you split up?

Save On will unlink the cards and split the points evenly. Here’s what their FAQ says:

Can I pool my points with other More Rewards members or link cards as a household?

Members living in the same household can link their cards together to collect points faster. Visit your nearest Save-On-Foods, PriceSmart Foods and Urban Fare stores at the Customer Service desk as a signature will be needed from both cardholders stating that you agree to have your cards linked. Note: Points will be pooled together, and if the cards need to be unlinked, the points will be divided equally.

Sucks to be me. If I inform them that we’re no longer together, all that happens to me is I’ll lose half my points. Not a huge catastrophe. I think the last email from Save On said I had around 800 points. The deadbeat no longer lives in Canada and probably chucked out his rewards card years ago and will never shop at Save On Foods again. There’s no benefit to me to unlink the cards, until such a time when I actually cash those points in for something and bring the balance to zero, and then maybe I will.

Oh oh! Who is this Pricesmart Foods trying to crash my review of the Save On More grocery stores?

Anyway, the Overwaitea Food Group decided to rebrand Save On Foods. Some of the existing stores ended up with new signs that said Pricesmart Foods and new stores opened under this brand. Including a new Pricesmart Foods in Cloverdale.

I have no idea why the name didn’t stick, but they changed back to Save On Foods.

It was during this Pricesmart Foods phase that I noticed higher grocery prices.

It was also during this time that competing grocery stores came into the area with lower prices like Walmart Superstore and more Real Canadian Superstores.

Writing’s on the wall

I’m all about getting the best bang for my buck. Why would I shop at a store if I can get a better deal on the same product somewhere else? 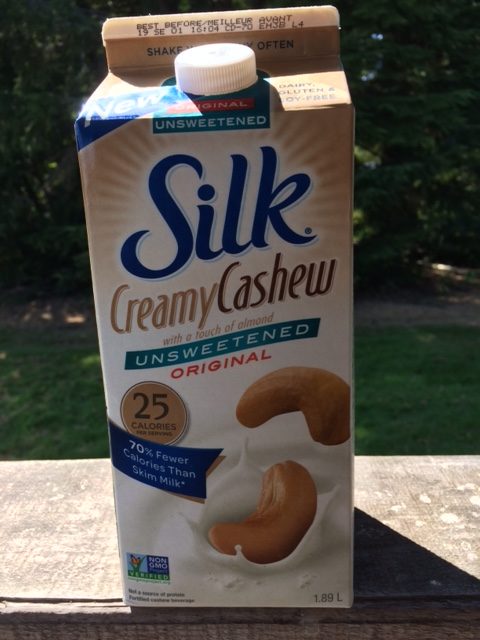 The cashew and almond milk that I buy is over a dollar higher at Save On Foods than Walmart and the Real Canadian Superstore’s prices. I’m not going to buy milk at Save On!

One day I saw a “deal” at Save On Foods on these Dare crackers that I buy from time to time. The price was $4 and the deal was buy one at the regular price and buy a second one for half price. That would be two bags for $6. The price on the same Dare crackers at either Walmart or Real Canadian Superstore is just under $2. One store will be $1.97 and the other $1.88. If I wanted two bags, it costs a few pennies less than one bag at Save On.

You know how everyone has a place where they run in to grab a couple of things, but it’s not where they’d do the majority of their grocery stopping because it’s more expensive than the other stores.

Well, Save on Foods has become “that place”.

I usually drive by at least once a day, so it’s a convenient location. One thing I can get here that I don’t see in other stores are soup bones for my dogs. The bones are in the frozen meat section and are called soup bones. They were stolen out of the deep freezer on my sundeck by the creepy food thief in the summer of 2019.

Every now and then Save On Foods has a decent sale on things that I’d like. Not that I ever really notice because I don’t get a local newspaper, so I never see the flyers. 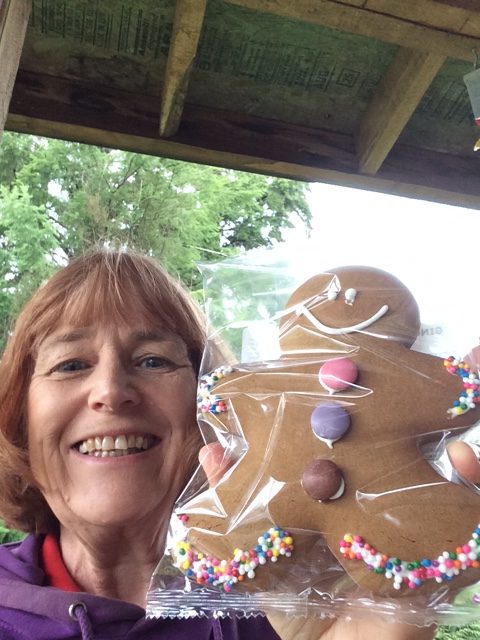 Just about every time I go into Save On Foods, I’ll wander around a bit and see if there are any specials. Sometimes I get lucky, but mostly not. Save On Foods always has gingerbread men  in December. Or maybe now it’s politically correct to say gingerbread person! They’re hard to find anywhere else but Save On! I always go in and check early in December, but I avoid the store the rest of the month.

I made the mistake of stopping in one Valentine’s Day at the Cloverdale location a couple of years ago and the place was packed! Never seen it so busy. 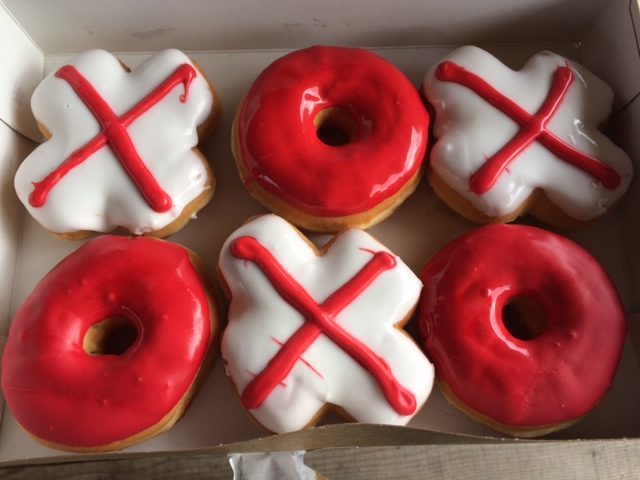 I bought these Valentine’s Day donuts. Pretty! They’d been frozen and then put out on the bakery shelf. Nothing wrong with that … if Save On Foods had actually disclosed it. The donuts were still thawing when I bought them, so that’s how I know they’d been frozen. It makes sense for the grocery store to bake a big batch ahead of time, freeze, and then put out the boxes throughout the day. A little honesty would have been nice. Anyway they still tasted pretty good.

I ran into Save On Foods a couple of days ago to buy plain Greek yogurt for a recipe I was making, because it was on the way home and I didn’t want to detour over to Walmart. It took me awhile to choose the yogurt because the prices are higher than what I’m used to. Also the expiry dates were closer than what I’d normally buy. Save On Foods has gone downhill in terms of freshness in the dairy case. 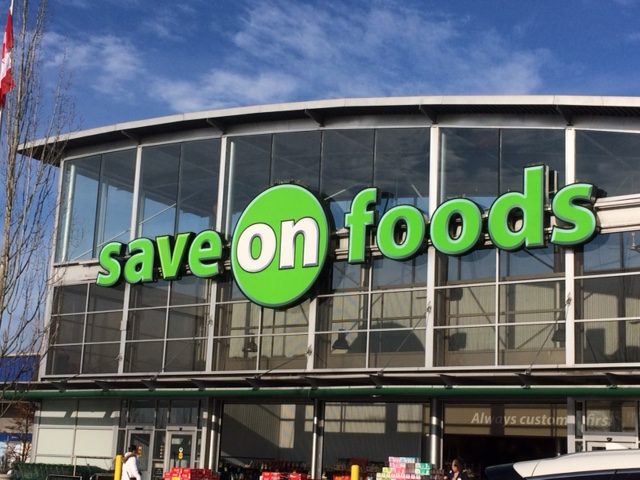 I grabbed a Ritter’s Sport mint chocolate bar that had been marked down to from $2.99 (yikes!) to $1. A quick scan of the shredded cheese revealed a price tag $3 higher than Walmart’s price, so I skipped it. Bananas made it into my cart because the price was similar to other shops.

Generally, I don’t buy produce at grocery stores because I find the prices higher and the quality not as fresh as produce stores.

I remember one time I was at Save On Foods and looking at the cartons of blueberries. A staff member came over to me and quietly said: “Don’t buy the blueberries. They’re moldy.” I looked a little closer, and sure enough, all the cartons had moldy blueberries.

Here’s the thing if a moldy blueberry is inside a carton. All the good blueberries surrounding it don’t cure the moldy one. Instead, the bad one infects all the other berries and makes them moldy, too.

Thanks to the honest employee!

As I asked in the title of this post – is Save On Foods too expensive?

About 20 years ago, maybe 25 years, the union workers at Save On Foods went on strike. It lasted quite awhile, perhaps a couple of months. They probably lost a lot of customers during this time. People find other places to shop and then it becomes habit to stay there. Also whatever wage increases Save On Foods agreed to in the bargaining, meant they had to increase the grocery prices to help cover their operating costs.

That was when I started shopping more often at the Great Canadian Superstore, though these days Walmart Superstore is usually where I buy groceries.

Unfortunately, Save On Foods can’t compete and has become too expensive for people like me. 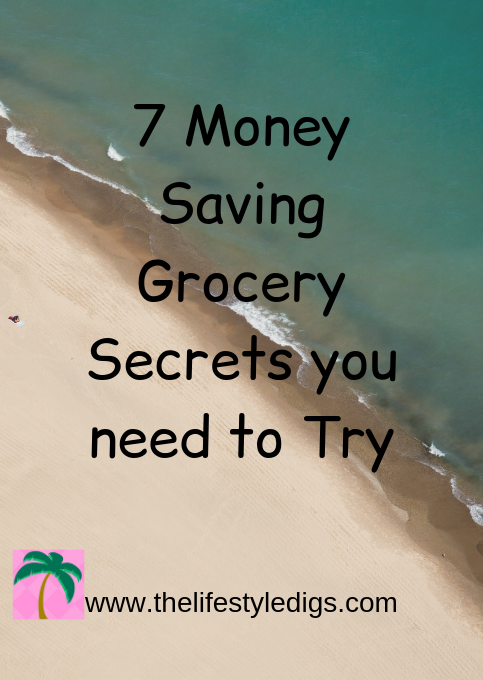 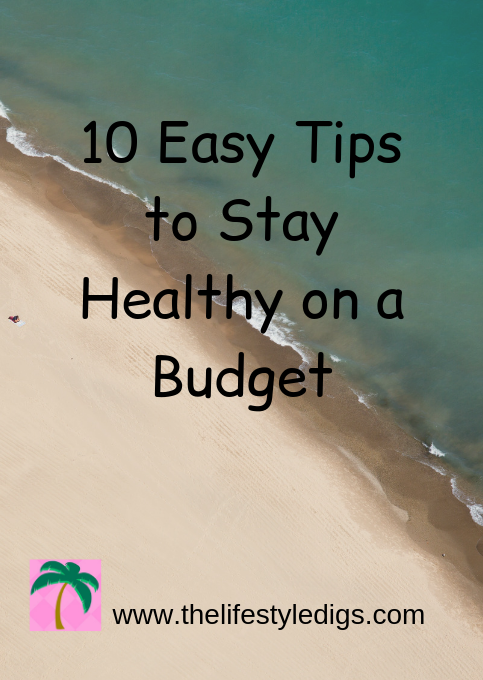