Home Travel Places to Stop, or Not to Stop, Between Seaside and Lincoln City, Oregon

I spent my first night in Oregon in scenic Seaside, but my plan wasn’t to stick around. I’d booked the next two nights at the Ester Lee Motel in Lincoln City. Now it’s time to think about driving between Seaside and Lincoln City, Oregon and places to stop. Tourist traps – here I come!

It’s about 100 miles from Seaside to Lincoln City.

That’s a couple of hours drive. The motel has a check in time at 3pm. I’ve got most of the day to kill. What to do? Keep reading to find the best places to stop, or not to stop, between Seaside and Lincoln City, Oregon.

The thing that seems to happen a lot on vacations is that I don’t usually sleep in. My body is programmed to wake up around 6am whether it’s a work day, weekend, or vacation. Waking up in Seaside was no different. 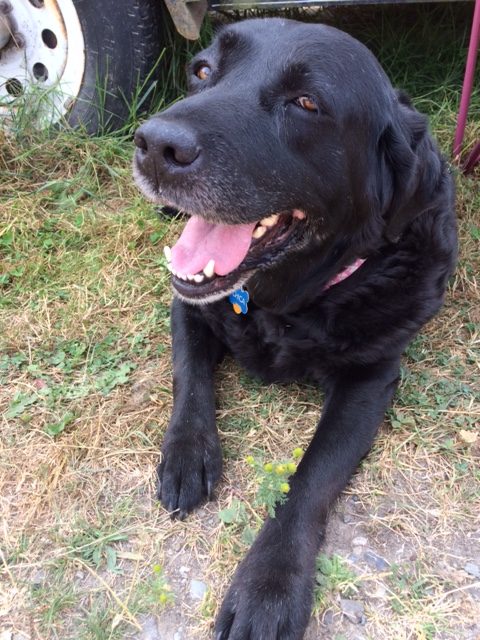 Actually, I woke up earlier, a whole lot earlier, but I didn’t notice the time, perhaps two in the morning. Thank you to my black Lab, Chica, who barked once and I woke up long enough to tell her to shut up. Nothing like a barking dog to wake up the travelers in nearby rooms! Maybe no one could tell where the one bark came from and that’s why management didn’t show up pounding on my door and telling me to get out. Why did Chica bark? Did she have to go potty? It sounded more like a bark of outrage. She was ticked off she wasn’t sleeping on the bed. Luckily for me the bed at the Motel 6 in Seaside was too high for Chica to jump up on.

After feeding the dogs, I took them for a ten-minute walk to the beach and enjoyed an early morning stroll on the beautiful white sand before sneaking back through the dune grass to a path in front of houses. 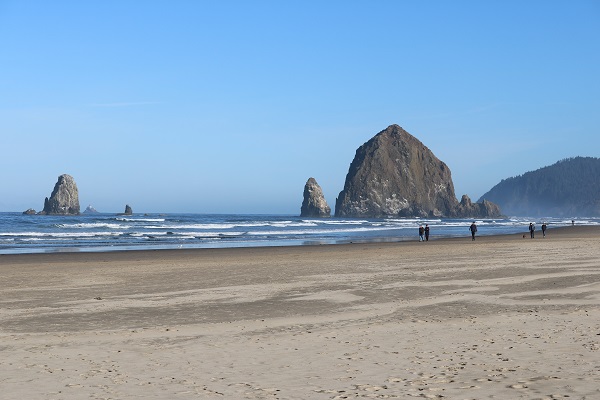 There wasn’t much point in hanging around Seaside, so I loaded up the car and we headed to Cannon Beach, about 8 miles from Seaside. It didn’t take long to get there! I had Bruce’s Candy shop loaded on my GPS but I was there too early for stores to be open, not till 10am. Well, I was heading south by then. A walk on the beach, a few more Kodak moments with the Haystack Rock, and one more check at 9:30 to see if Bruce’s Candy was open (it wasn’t – whew! Saved a few bucks and calories I’m sure!), and time to keep driving south on 101.

Cheese anyone? Make that Ice Cream!

Next stop was the Tillamook Creamery, probably just under an hour’s drive south of Cannon Beach. You can’t miss this place. It’s on the left side if you’re southbound on Highway 101 and has a dedicated turn lane. If you happen to miss that, continue to the traffic lights at the end of the block and turn left there and come in the back side of the parking lot. The parking lot is huge. It has more parking spots than some malls I’ve been to! A lot of people in the states are probably familiar with Tillamook dairy products. I’ve bought blocks of their cheese from time to time when I’m in Washington to take home with me. A two pound block is (or was) around $5, way cheaper than what it costs in Canada. Like less than half the price of Canadian cheese. 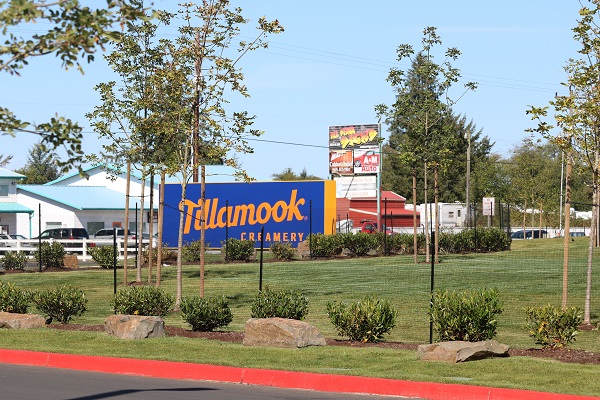 The big attraction here seems to be the ice cream cones. And a line up to get one. When I was figuring out places to visit in Oregon, I’d decided I was going to have ice cream here, which meant no more ice cream on my trip.

You can also buy other meals at the Tillamook Creamery like soups and sandwiches and there’s a huge area with tables where you can sit down and eat.

Now, let’s get down to what you can do at the Tillamook Creamery if you didn’t show up to eat and snack. You head upstairs for a self guided tour, part of which is looking through big windows at staff working below. At the end is a cheese sampling area. Then you go back downstairs, conveniently ending in the gift shop. Sometimes there’s an opportunity to go behind the scenes and into a barn where I assume you might see cows and milking equipment, but there was a sign up that it was closed. No big deal to me. I’m a country girl who’s been in a ton of barns and even milked a few cows over the years.

It was a warm day and I had all my stuff in the car (well my wallet, GPS, camera, and Kindle were in my bag hanging over my shoulder) with the windows open for the dogs and I didn’t want to leave them alone too long, so I had a quick visit, but I recommend a stop at Tillamook Creamery if you’re on Highway 101 doing the Oregon Coast thing. It’s free to visit, but you’ll probably drop a few bucks here anyway. Especially if you like ice cream!

Shortly after leaving Tillamook Creamery my GPS guides me west to see Cape Meares Lighthouse. There’s a scenic loop to get there, very pretty drive alongside a bay, but I became concerned seeing signs that the drive was closed ahead, eventually convincing me that I wouldn’t be able to reach the lighthouse on this route and turned back. So close and yet so far away. I have a feeling the lighthouse could be accessed by a different route, but I decided to ditch it. Surely I’ll see lighthouses at other stops on my trip.

Out in the Boonies: Jacobsen Salt Company

I checked my GPS for the next point of interest which was the Jacobsen Salt Company, also kind of in this backroads area. You get kind of concerned when you’re driving and don’t see any other cars. It was a woodsy area and I’m enjoying the transitioning scenery, and my GPS tells me I’m getting closer. And then says “you have arrived at Jacobsen Salt”.

I stop and see a couple of houses to my right and nothing but trees to my left. There’s no shop or signage. I pull ahead slowly and notice a sandwich board sign leaning on a mailbox that says Jacobsen Salt and I turn in. It’s a dirt driveway going downhill a ways, but I immediately stop because a van with California plates is backing up. Seeing as how I’m still right at the road, I back up and wait. The van pulls into the house where there’s a large area to park, mostly with cars already there, some that look questionable if they even run, but I’m in a small car and find a spot to squeeze in.

A man and woman exit the van, and he thanks me for pulling over so he can back out. I congratulate him on his backing abilities and ask if we’re at the salt place. He says he’s pretty sure we are but there’s a tractor in the parking lot doing landscaping so that’s why he backed out. They walked off down the driveway. I set up water for the dogs and a couple of minutes later started to the driveway only to see California couple walking back up. It’s closed for two hours they said. Well in two hours I’ll be in Lincoln City. I’m not hanging around. I’m not even a big salt person, it just seemed to be an interesting tourist stop and that’s why I preprogrammed it in my GPS.

It was very odd to be closed at noon. Why close in the middle of a business day, especially when you’re out in the boonies and tourists have to come out of their way to get there. You don’t want to be turning away customers. Bad business decision. 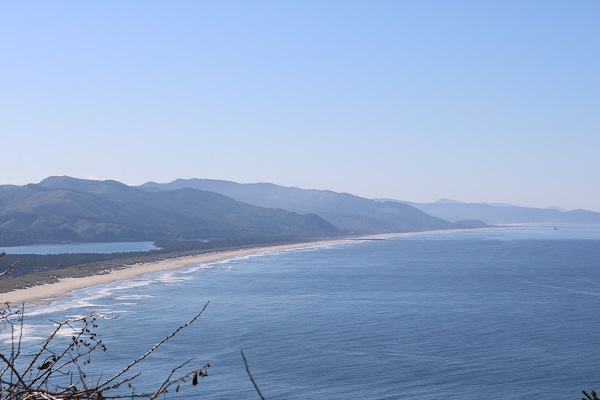 It seems like every bend on Highway 101 while driving on the Oregon coast from Seaside to Lincoln City, there’s another beautiful view of the vast Pacific Ocean, long sandy beaches, and dramatic cliffs. Glad to see all the scenic point of interests and shoulders wide enough to pull over and check out the majestic beauty. Get the camera ready!

Check out the video slideshow of photos I took during the drive from Seaside to Lincoln City, Oregon.