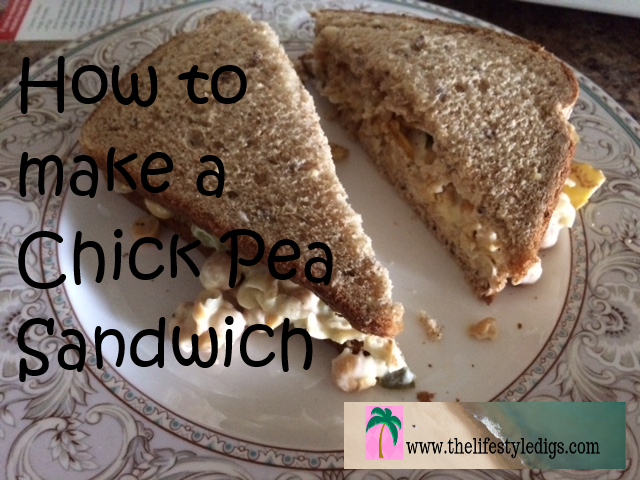 First off, let me state the obvious. You need chick peas aka garbanzo beans. And bread. 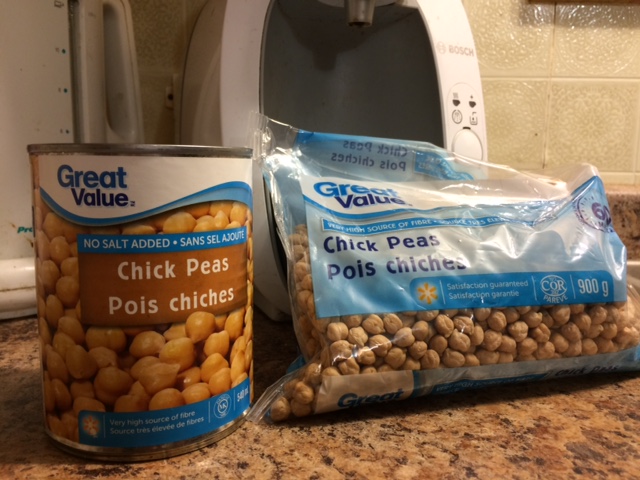 How you choose your chick peas is up to you. They’re inexpensive to buy either canned or dry. A can of chick peas will set you back about a buck. And so will a pound of dried chick peas, except the dried beans will yield a whole lot more and are probably better for you.

If you’re using dry garbanzo beans/chick peas, some people like to soak them in water overnight, and others just start cooking them from dry. They take about an hour and a half to two hours to cook it you’re boiling in a pot. If you’re using an Instant Pot, they take about one hour. (Disclosure: if you click the photo below of the Instant Pot, it will take you to a link at Amazon. If you make a purchase, I’ll receive a small commission for the referral.) 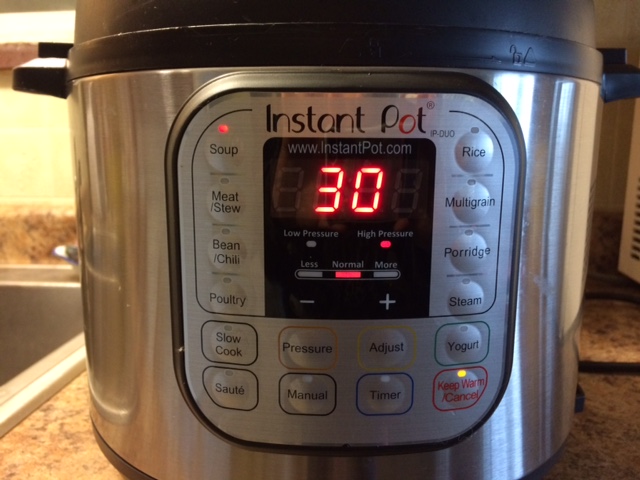 Once you have your home-cooked chick peas or opened a can, pour about half a cup to one cup into a bowl. Depends how many sandwiches you’re making and how big you like them. For one sandwich I use about 3/4 cup of chick peas. If you’re using canned chick peas and would like to try a vegan whipped cream, drain the liquid into a bowl and set aside. Click here for how to make chick pea whipped cream. 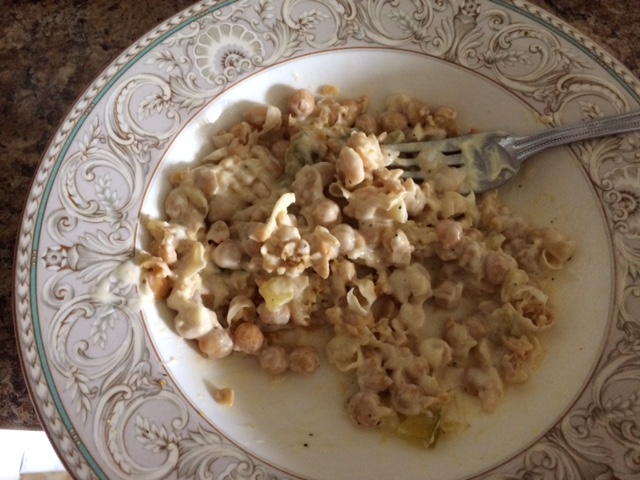 I add a dollop of mayonnaise and sprinkle lemon pepper into it. Using a fork, I mash most of the chick peas up a bit. Leaving a few intact chick peas is all right too. And if you prefer a different seasoning than lemon pepper – go for it!

As for the rest of the sandwich fixings, it depends on what I have in the fridge. If I have celery, I’ll chop up a little. I’ll usually take one sliced pickle, chop it and add it to the chick pea salad mix. If I have green onions, I’ll chop them up and add them in.

There’s also been times I didn’t have celery or green onions, so I left them out and proceeded to make a chick pea sandwich anyway. 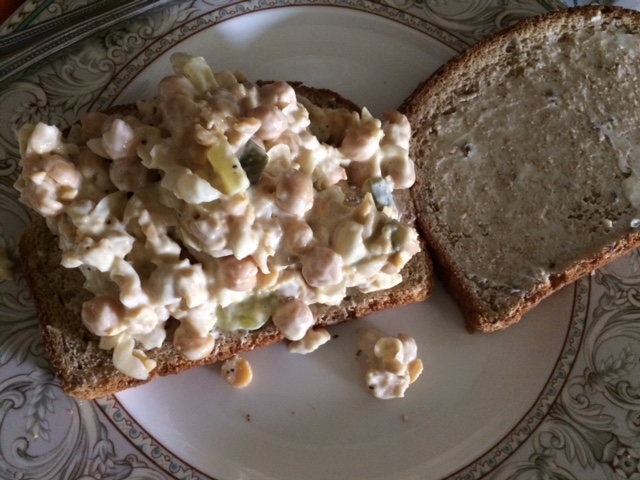 I butter two slices of bread and top with the chick pea mix. 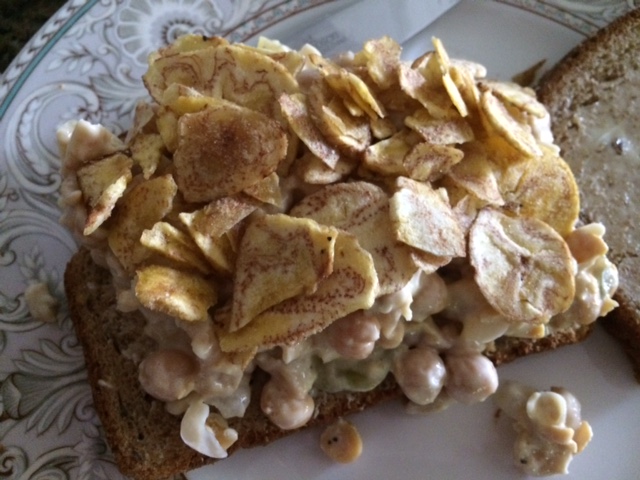 I don’t recommend using Pringles chips. Now I love Pringles and I just bought a can because it was on sale last week. But they crumble up like crazy and are pretty much useless in this sandwich, unless of course you like potato chip crumbs. Use a potato chip that’s not going to fall apart too much when placed inside the chick pea sandwich.

If I don’t have chips, and I want to make a chick pea sandwich, I just go ahead and make the sandwich anyway. I’ll add spinach or lettuce instead, but it’s just not as satisfying as that potato chip crunch. 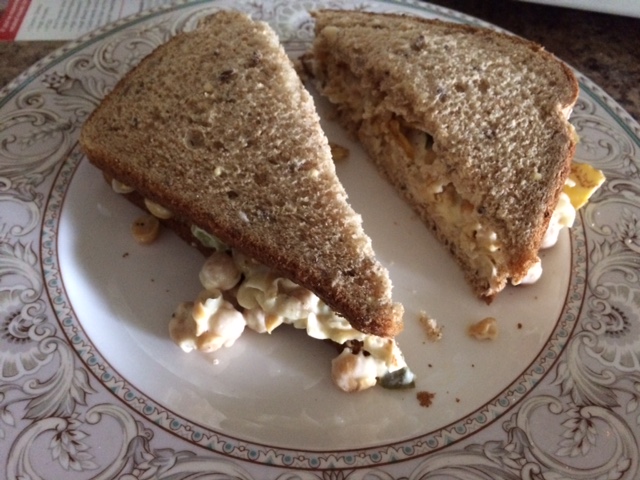 And there you have it. How to make a chick pea sandwich. You can add some more potato chips or pickle slices to the plate and call it lunch.

Have you ever made a chick pea sandwich? They’re easy, economical, and a different taste sensation. Enjoy! 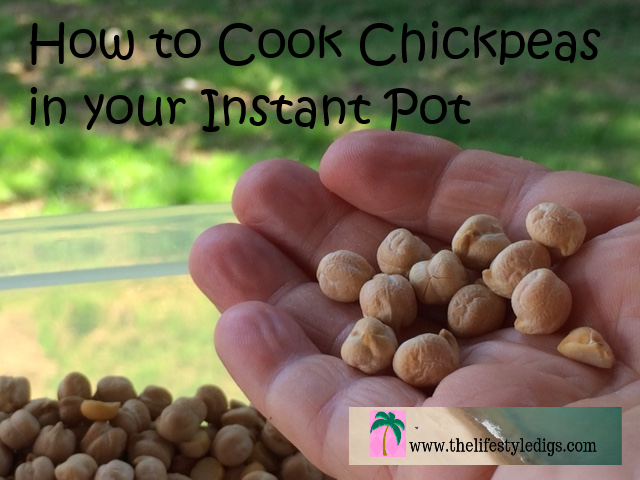 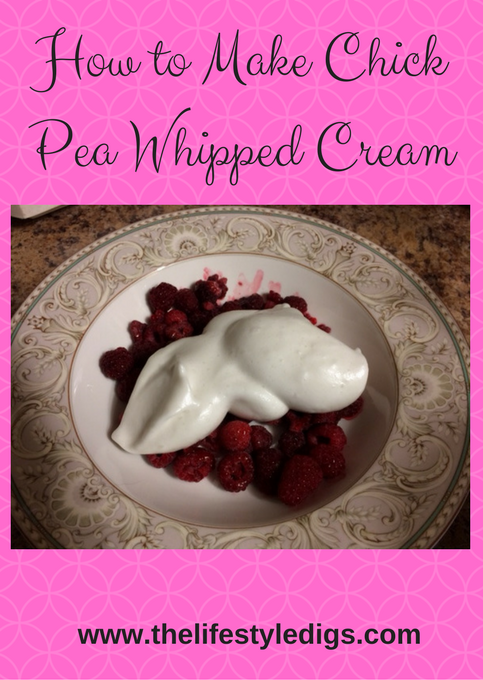 4 thoughts on “How to make a Chick Pea Sandwich”