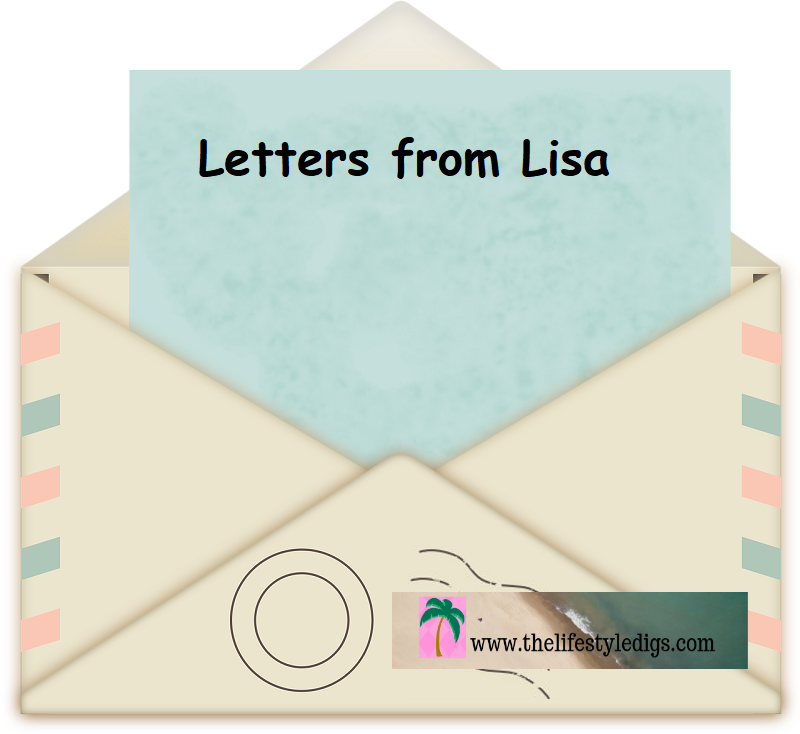 “Dear Cheryl: Hi! My name is Lisa. I saw your name in my Young World pen pal list. I would like to be your pen pal.”

That’s how my friendship with Lisa began on August 3, 1974. She was twelve years old and lived in Haskell, New Jersey, East Coast of the U.S.A. I was thirteen years old and lived in Surrey, British Columbia, West Coast of Canada. Three thousand miles and a country separated us, but this was the beginning of several years’ correspondence that convinced me Lisa was my long lost soul sister.

We were almost mirror reflections of each other. Lisa’s birthday is September 22, and mine is September 20, the two of us born under the Virgo sign. We both owned cats, loved to read, and took piano lessons. We liked the same foods: pizza, iced tea, peaches, and strawberries. But like any sisters we also had some differences. Lisa wore make-up and attended school dances; I didn’t. She liked school; I didn’t. She liked Math and English classes; I liked Band class. Her favorite T.V. shows were Star Trek and M*A*S*H, while I preferred Happy Days and Emergency. We both liked watching game shows, until Lisa’s letter in November 1977 when she announced she hated most game shows.

We had enough common interests to start a friendship and at first we wrote each other faithfully by return mail. I eagerly awaited Lisa’s letters and could always expect one in my mailbox every couple of weeks.  During our first year of correspondence I received nineteen letters from Lisa.

After one year of writing our letters changed in content. We normally wrote two to four pages, but in July 1975 we began writing newsy ten page letters. What could two girls who had never met possibly say to each other that we put our deepest thoughts to pen and pages and pages of paper? We became each other’s closest confidantes, sharing secrets we would never dream of telling anyone else. As Lisa wrote: “I don’t have to answer to you at any future date. I don’t have to face you tomorrow or next week.”  We dreamed about our futures and how we both wanted to attend university in California. I wrote of my plans to become a doctor and immigrate to the United States. Lisa scribbled her desire to become a lawyer. She fantasized living in Los Angeles, New York City, Prince Edward Island, or England.

Lisa spent her summers going to school, a yearly hobby beginning in 1978 when she won a scholarship to study the Renaissance at Lawrenceville. That same summer I sent Lisa postcards from my vacation in Hawaii where I was unofficially studying surfing and beach boys. I hated school with a passion and found it incredibly weird why anyone would actually want to go to summer school when the whole world was out there waiting to be discovered.

Lisa wrote me on July 24, 1978 excited to have received her report card with an unexpected credit in one of her classes. She bemoaned the fact that she now had enough credits to graduate, but one more year of high school remained. It was nearly two months before I pulled the next letter from Lisa out of the mailbox. She was now attending Simon’s Rock, an early college in Massachusetts. The words spilled from her letters about how unhappy she was there, but unsure why, and she spent the next two years at this school pondering that question.

Lisa was unlucky in love, and Simon’s Rock early college was where she met her first serious boyfriend. Dan was a real on again off again type who had just broken up with a girlfriend. He dated Lisa for five days before he dumped her and promptly ran back to his ex-girlfriend. I felt the tears rolling down Lisa’s cheeks as I read about her devastation. She wrote that one of her friends gave her the excellent advice to stay away from the rat. Unfortunately, Lisa waivers when it comes to taking other people’s advice. Dan asked her out again after Christmas, and she told him “never!”  Five days later she changed her mind and their turbulent relationship was born. She wrote me that she didn’t have much in common with Dan and was unsure she wanted to date him exclusively. Lisa felt penned in, but hated the thought of him getting back with his ex-girlfriend. She summed it up by saying it’s nice to have someone around when you want company. Lisa then added the relationship with Dan was one of those things that would not turn out right in the end no matter what. “Just get what I can out of the relationship and try to cushion myself for the blows when they fall.” Several people told her that as a couple they just weren’t right and by June 1979 she was beginning to wonder if this was true.

Then two months later Lisa wrote that she and Dan were making wedding plans. Not yet eighteen years old, she didn’t want to marry him right away. Her preference would be to live with him but doubted her parents would continue paying her tuition. 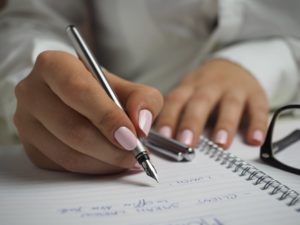 The next year I would hopefully open my mailbox only to be disappointed by its bleak emptiness, wondering why Lisa didn’t write me anymore. Finally in May 1980 I pulled out an envelope with the familiar handwriting. She apologized for the delay, blaming a hectic year. Dan had chosen a medical school in Des Moines, Iowa and naturally Lisa was moving there too. With two years schooling at Simon’s Rock plus the courses Lisa took during the summer, she now had enough credits to enroll as a senior at Drake University. Lisa and Dan found an apartment together in Des Moines and they were still talking marriage but decided it would have to wait at least until 1984 because her mother wasn’t thrilled about the pending nuptials. Her parents were still paying for her education and she couldn’t afford to go against their wishes.

By February 1982 Lisa wrote she didn’t like law school, found it dull and was not doing well in classes. Three weeks into the semester she realized she didn’t belong in Drake Law School and hated life in Des Moines. She wanted to get a job with the Foreign Service or state department but knew she would never follow her dream because Dan couldn’t be uprooted every few years.

I received an all too familiar letter from Lisa two months later, the only friend to whom she could pour out the sordid details. It seems the young couple had a big fight and at three in the morning Dan packed his bags and left. Lisa lost all desire to finish the next two years of law school. Having already invested money and two semesters to law, she felt she couldn’t turn around and tell her parents she now wanted to pursue a doctorate in history. I felt her pain and confusion in the scrawled words, and wrote back my support and advice, fully expecting Lisa’s next letter to be about her latest reconciliation with Dan.

Although the two of them did not get back together, Lisa continued in her quest to be unlucky in love. She spent the next five months dating a housecleaner with hernias, an egotistical, wimpy nurse, a cheap attorney, and a drunken old letch (her words). As she struggled with her scholastic studies and the never-ending pursuit of happiness, Lisa finally made one right decision and announced she was quitting the much hated law school. The summer of 1983 she attended a summer college in Vermont to learn Russian, and during this time she changed her name to Ulypa or Shura, the Russian equivalent of Lisa.

In September Lisa enrolled at the University of Michigan at Ann Arbor. Her letters became more positive and happy as she described her fantastic new boyfriend, Tim. His big problem was he didn’t know if he wanted a relationship, and one day I found myself holding another heartbroken letter from Lisa. Barely deciphering her angry scrawl, I was privy to the details about how Tim had strung her along for a few months, wavering over whether or not he wanted a relationship with her, until he finally broke it off. During this time, Lisa wrote she was worried about her low self-image. For an extremely intelligent young lady self-confidence was her biggest weakness, telling me often about how she was too insecure to say no, leaving her forced into doing things she didn’t really want to do. She wrote me about the legendary battles with her mother who called her daughter selfish whenever she tried to say no. After these arguments Lisa said her self-esteem was beaten to a pulp. She told me that she became disturbed when friends suggested to her that she could be deliberately cruel to others. I read between the lines and saw how Lisa might have taken out her frustration and insecurities on the people around her.

Lisa spent the summer of 1984 at school, this time in Virginia studying Russian and didn’t want to return to Ann Arbor in the fall as she decided it would take her half a year to get a degree she didn’t want which wouldn’t be worth anything anyway. Taking another change of direction, she decided she wanted a teaching degree but there were no funds to follow this new academic pursuit. By January of 1985 Lisa had finished school and returned to New Jersey to look for a job.

The letter dated January 12, 1985 was the last time I ever heard from Lisa, even though I did follow up with a letter and a couple of cards with address changes over the next few years. Occasionally I still think about Lisa and wonder if she ever followed her dreams of travelling to Europe, Russia, and Japan. Did she go back to school (that part undoubtedly yes) and become a teacher? Did any of her childhood dreams come true and is she currently living in a mansion in Beverly Hills, or a Fifth Avenue apartment in New York City. Perhaps she took up residence in a rustic farmhouse in Prince Edward Island or a drafty eighteenth century English cottage. Did she ever find her Prince Charming? Is she happy?

Lisa, who left me with the biggest question of all. Why did you stop writing?

2 thoughts on “Letters from Lisa”