As much as I enjoy using my Instant Pot, I’ve decided to stop trying to make popcorn in it. You might say two attempts isn’t enough and I need to keep trying until I get it done, but no. I’m done. I call it as I see it. Instant Pot popcorn fail! 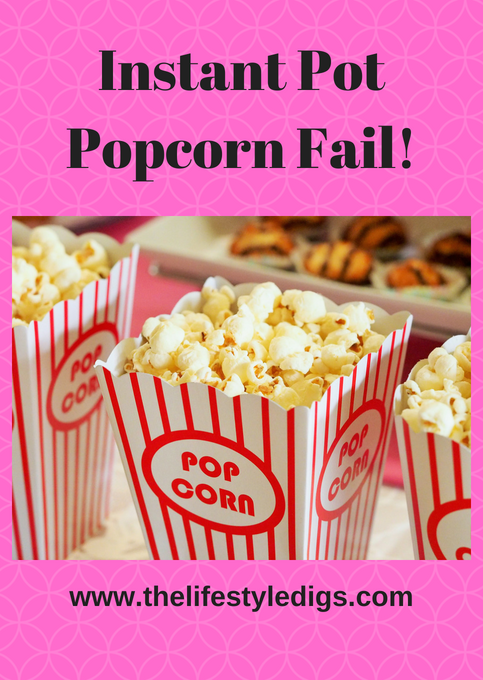 Disclosure: affiliate links are used in this article. If you click on a link that takes you to Amazon, and if you make a purchase, I’ll receive a small commission for the referral.

An online search for how to make popcorn in the Instant Pot brings up tons of results. I’ve read several of the recipes and they’re all fairly similar. You use coconut oil for the high temperature cooking so it doesn’t burn. Toss in 2 or 3 tablespoons of coconut oil, a couple more of butter, and turn the Instant Pot onto the saute setting, adjusting the button to “More” aka high.

I hate wasting anything and I like getting my money’s worth, so it really bugs me to see so many kernels that have to be thrown in the garbage. This is not one of those times when it’s OK not to get what you paid for!

The first time I tried to make popcorn in the Instant Pot I turned on the saute to high and put in my coconut oil and butter. Once it melted I added half a cup of popcorn and stirred to coat all the kernels.

I used the lid that comes with the pot and put it on. According to the directions it would take 2 to 3 minutes to start popping and I’d have popcorn in 5 minutes.

After a few minutes I did get some feeble pops sporadically and then it stopped. I opened the lid and saw the majority of the popcorn hadn’t popped.

I went back to using my good old reliable hot air popcorn popper. I’ve had it for so long I don’t remember when I got it, 80s or 90s. Whenever I’m in the mood for popcorn – it delivers!

After a few months I decided to give the Instant Pot another chance at making popcorn, but this time I used a glass lid, wondering if that would make a difference.

Same results as the last time. After a few minutes of sporadic popping, I opened the lid and gave the popcorn a stir. After 10 minutes I decided not to risk burning and poured into a bowl the contents of the Instant Pot. 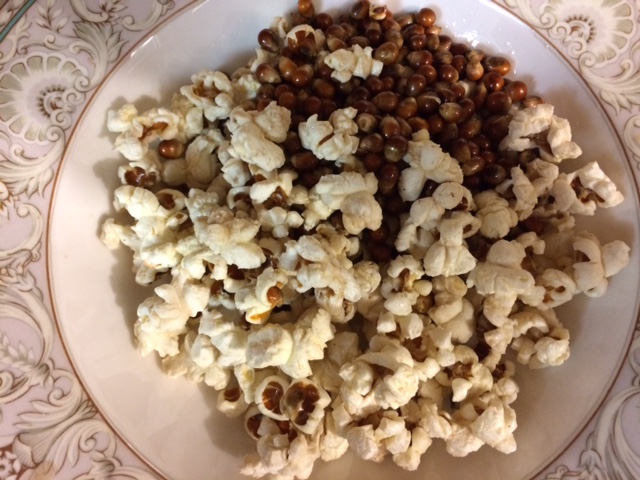 Doesn’t that look appetizing? Pathetic for over 10 minutes worth of waiting for the popcorn to pop.

Check out the leftover kernels once I made quick work of snacking on the 3 dozen or so popcorn that popped in the Instant Pot. 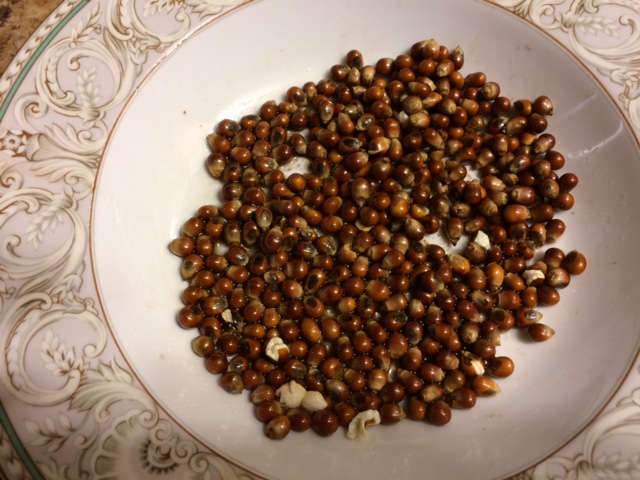 What a waste. Out of half a cup of popcorn, the majority didn’t pop in the Instant Pot.

I’d call that the Instant Pot popcorn fail for sure!

Have you ever tried to make popcorn in the Instant Pot? How’d it work out for you?