30 years of dealing with TD Bank and TD Visa: the good, the bad, and the ugly (a rogue employee!)

I can’t remember when I first opened a bank account with Toronto Dominion. Sometime in the 1980s. For sure by 1990. I also had an account with Canada Trust that was across the street and had better hours.

This was back in the olden days before TD evolved from Toronto Dominion, and brought in weekend hours and longer weekday hours. Canada Trust was the first big bank to offer convenient hours for the working person.

In 1990 I received a letter from Toronto Dominion offering me a pre-approved Visa in the amount of $5,000 and I signed the form and got my card.

This was my second credit card. I already had a Bank of Nova Scotia Visa for about 10 years.

At some point within the first year Toronto Dominion raised my limit to $6,000. These days I don’t think banks automatically raise your limits any more. They send a letter saying you can get a higher limit and to phone in to get it.

I remember I was going on a trip, and asked if I could get my limit raised, and the bank did. I believe to $7,000 or $8,000. By 1995 Toronto Dominion raised my limit to $8,800 and it’s stayed there ever since. Over 20 years now. Oh sure, I’ve had the occasional letter offering me a higher credit limit if I phone in to activate it. I’ve even been reminded about that the odd time I’ve gone inside the branch or phoned in, but I’ve always declined to raise it.

Keep reading to see why that makes me nervous.

Oddly enough the bank manager said they’d like me to get a Visa as one of the conditions of taking the loan. I told her I already had their Visa. Oops, she said, didn’t notice that.

About two months after purchasing the truck, we went to EuroDisney, just outside Paris, France. December. Brrr! The theme park wasn’t doing so well and I’d heard they might be shutting it down, so I wanted to go just in case that happened. Attempting to increase attendance, EuroDisney was giving away a car a day to a park visitor.

To make a long story short – I bet you’ll never guess who won a Renault Clio! 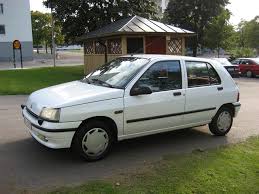 All I had to do was pick it up at my local Renault dealership.

A few weeks later Renault sent a telegram asking if I’d take a cash settlement instead. I was planning to sell that little car anyway, agreed, and the amount in French Francs worked out to a little over $10,000 in Canadian dollars. Seeing as how I’m a financially responsible person, I immediately put a lump sum payment of $5,000 toward the car loan and each month the $212 continued to be automatically withdrawn from my account to repay the loan. In October, 1994, at the one year mark, Toronto Dominion recalculated the loan payments based on 4 years left to repay and the monthly payment dropped to $78.

I ended up paying the loan off in full about a year or so later.

I’ve often wondered if that wrecked my relationship with Toronto Dominion. My monthly payments were automatically withdrawn to repay the loan so they never had to chase after me for late payments, and I ended up paying it off early. I never missed a payment. I thought everything was good, but maybe that pissed off Toronto Dominion because they didn’t make as much money in interest off me as they’d originally expected.

In February, 1997 I was looking to get pre-approved on a mortgage to buy my first townhome. I thought Toronto Dominion would be a logical choice seeing as how I’d been a customer for years, had their Visa, and had a previous loan that I’d responsibly repaid.

They declined! Wow! How did that happen?

I walked across the street to Canada Trust and applied for a mortgage there. Approved! 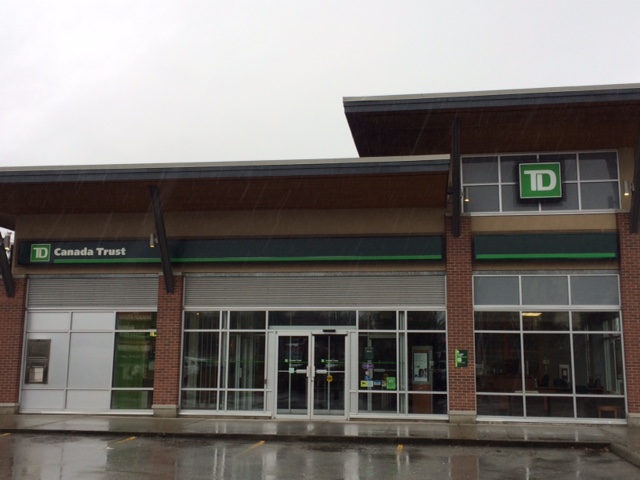 It all became moot a couple of years later when Toronto Dominion and Canada Trust merged. The new name was TD Canada Trust. It seems like Canada Trust has dropped off the cliff and the bank is mainly known as TD now.

No problems with my mortgage because it automatically came out of my account on payday.

Out of the blue in 2003 I got a letter from TD that my Visa was cancelled because I’d been irresponsible with it. What! Me? Responsible is my middle name! Thinking this had to be a mistake, I phoned the number on my Visa card and the clerk confirmed that the Visa had been cancelled and gave me the name of the TD employee who requested that. The same bitch who signed the letter I received. I’d never even heard of her or had any prior interaction with her. She worked in Ontario, on the other side of the country. She worked for the TD bank, not in the TD Visa credit card department, but their department acts on requests sent by the bank. The Visa clerk also confirmed that there had never been any problems with the way I operated my account and my account was in good standing at the time of being cancelled. I don’t use the credit card that often and always repay by the due date.

I am so straight-laced responsible that the mere thought of doing something irresponsible with my finances is unthinkable. That’s just not me.

I was the victim of a rogue employee going around willy nilly cancelling credit cards for no apparent reason. I sent a letter of complaint to TD, referencing the woman who wrote the letter as a liar because my Visa has always been in good standing. I threatened to go to the media with my story.

The next letter I got from TD said my Visa had been reactivated and was reinstated the way it had been prior to cancellation. No apologies for this shoddy treatment, but at least I should be thankful my Visa was ready to use again.

That whole experience shook me to the core. 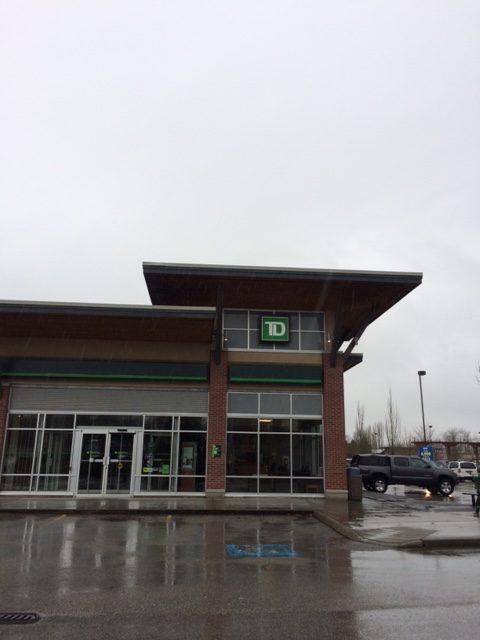 That’s one of the reasons why I’ll never increase my TD Visa limit. Once bitten, twice shy. These banks don’t seem to get it that customer loyalty is a thing of the past. People go where they get the best deal and the least amount of hassles. I have 2 other credit cards with TD’s competitors at much higher limits, so I’m covered if I need funds.

After TD cancelling my credit card and lying about why, I got very nervous about my mortgage. What was to stop this rogue employee from doing something much worse to me? Assuming the rogue employee was still working at TD after being outed. I don’t know.

I just couldn’t take the chance this rogue employee might do something else to me as retaliation for reporting her. Technically the rogue employee had the power to do something that might wreck my good credit rating or have my money suddenly go missing.

For my own safety, I closed my TD bank account and had RBC take over my mortgage. When I closed things down, the TD employee at the branch said they were sorry I was taking my business elsewhere. I said me too, but I can’t take my chances when TD bank has rogue employees treating client’s accounts in a reckless manner.

And when you get right down to the nitty gritty, TD didn’t even want my mortgage in the first place. I was just residual damage when the Canada Trust merger/buy out thing happened.

I still have my TD Visa. I use it from time to time and pay off the balance in full when the bill comes in. It’s been 15 years and it hasn’t been suddenly cancelled again. Whew!

I still remember that incident as vividly as if it happened last week. It’s about the most frightening thing that’s ever happened to me financially.

I still ask myself, why do I even bother holding on to this Visa? If I have a really big expense, I’ll have to use one of my other credit cards.

The points I get aren’t appealing. It started out as a GM Visa but I never cashed in the points to buy one of their vehicles. It then became a Driver’s Rewards Visa and I did cash out points to buy a GPS four years ago.

The only reason I don’t cancel the credit card is because I’ve heard if you do that you can lower your credit rating.

I called in to TD Visa recently to see if a refund on an $89 purchase had gone through, and the clerk took the opportunity to try to sell me on transferring my other credit card balances to my TD Visa at a low interest rate. I think she was asking if I’d seen the letter TD Visa had sent me about doing that. Yeah, I’m sure I saw it just before I tossed it in the recycle bin.

“I spent $34 on an online purchase with one of my other cards,” I told her. “I’m pretty sure I can cover that one just nicely when the bill comes in without transferring the balance to TD.”

Sorry TD and TD Visa. I can take risks in the stock market but I can’t take risks with your rogue employees. I use the credit card from time to time to keep it from going inactive, but I have no interest in increasing my business with your bank.

Perhaps you should have apologized for the actions of your rogue employee 15 years ago. Perhaps you should have offered me monetary compensation for the inconvenience instead of just an ambivalent “oh well”. I appreciate that TD made it right and reactivated the Visa, but years later I remain horrified that it happened at all.

Do you have any horror stories surrounding a rogue bank employee? Lay it on me! Fill up the comment box below.