Skip to content
Cheryl at The Lifestyle DigsDecember 26, 2017 Hobbies 4 Comments 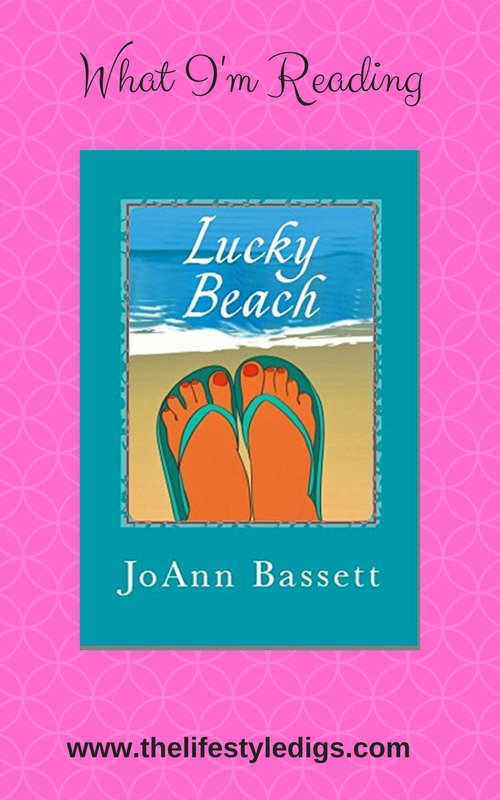 It’s been awhile since I’ve written about what I’m currently reading. (Disclosure: this post contains affiliate links. If you click on the book titles, you’ll be taken to Amazon. If you make a purchase, I’ll receive a small commission for the referral.) The last installment I’d just started reading Bikini Baristas. And then I decided to put it on the backburner when I bought A Haunting Homicide: Halloween Cozy Mystery Boxed Set and my goal was to read them by Halloween. I failed miserably. It took me about 2 months to get through them and I only ended up reading 3 out of the 4. Usually when there’s a boxed set featuring different authors, it’s my experience that the person coordinating the book puts the best novels as the first one or two.

Unfortunately not this time. The set started off with Calamity Jayne and the Haunted Homecoming. A world famous reclusive author returns to her home town. Part time reporter Tressa and new friend Shelby are big fans and want to interview her, but the assistant says no way, the old lady isn’t interested. Tressa and her friends bumble their way through life all the while trying to figure out how they can scoop an interview. Tressa is an unlikeable heroine. She says and does stupid things and has a weird relationship with Ranger Prick. She also goes on ad nauseum referring countless times to prior investigations/murders she’s stumbled upon. Undoubtedly a ploy by the author to entice the reader to buy the first couple of books in the series. Didn’t work on me!

The next book was Mystic Mayhem and I’ve read another book by these authors Sally Smith and Jean Steffens called Murder on the Aloha Express that I liked very much. Mystic Mayhem was OK but didn’t pack the punch of the Hawaiian themed novel. Melanie works at the mansion at Mystic Isle, a hotel that seemed to be stuck out in the middle of nowhere, requiring a ferry and a bus ride to get there. She works as a tattoo artist. Who’d’ve thunk there be such a demand for this service at a Louisiana hotel. Someone dies at a séance and her coworker is arrested and Melanie solves the case.

Then the only novel that I really liked was book #3. Odd spot for the best of the bunch making the readers slog through that first book was awful. Lipstick, Lies & Dead Guys is about Gianna who’s been seeing and communicating with ghosts since she was a child because their portal to the afterlife is the freezer in her parent’s deli. Her sister’s husband is cheating with a woman dressed as a clown who winds up dead and the sis is the prime suspect. All kinds of twists and turns and fun stuff going on as Gianna takes a part time job as a clown to try to solve this case. It normally sells on Amazon for $3.99 so if you buy the boxed set for .99¢ like I did, then you’re getting a deal on this one book alone.

The fourth novel Murder Casts Its Spell I only got a few pages in and realized I wasn’t going to like it so I stopped wasting time. Too much talk of spell casting and wizards. Just not my thing. It’s like any other boxed set you can buy for .99¢. The reader’s not going to like them all but if one or two is good then the money was worth it. Often, I discover new authors and buy their other books. Unfortunately, this time, none of these novels in this collection would entice me to buy more in the series.

The next book I read was a short story by Anna Snow called The Blonde Before Christmas. This was kind of like the prequel to the Barb Jackson mysteries, of which I’ve read book 1, Bubblegum Blonde and 2, Illegally Blonde, and seeing as how it was the season, my goal was to read this novel by Christmas which I did – yay on me! The mystery was: who killed the mall Santa. I just realized that the third in the Barb Jackson series was released in November – Blonde and Fabulous. If I hadn’t been wasting my time on the Halloween boxed set, I might have noticed. Anyway, I’ll pick it up one day. I’ve got too much on my to be read list already.

Starting with Lucky Beach by Joann Bassett. She writes the Islands of Aloha cozy mysteries featuring Pali a wedding planner. I’ve read them all, up until she ended the series. And then she fooled me and wrote one more, Book 9 is Isle Be Seeing You. I haven’t bought it yet, but I will. The author then started a new set of books called Escape to Maui, but it’s not recurring characters. Each novel is a new story. I already read the first book, Mai Tai Butterfly, and right now I’m reading Lucky Beach. I just love these books that take place on the tropical Hawaiian Islands. Especially during a cold Canadian winter!

Lucky Beach is about a woman who wins 45 million dollars in the lottery and is being bugged to death in her hometown in Arizona and decides to make the big move to Maui, taking her assistant Chloe and her dog with her. The Escape to Maui are more romantic women’s fiction novels rather than cozy mysteries. And like I mentioned, if you’re looking for an escape from the cold winter in your part of the country, reading about life in the Hawaiian Islands sure helps!

I have a whole bunch of other books that I’ve bought but haven’t read yet that are waiting in line: The Culinary Cozy Murder Compilation: Books 1 to 5 of the Oceanside Cozy Mystery Series. Deader Homes and Gardens by Angie Fox. I’ve read the first in the series and liked it. Pineapple Puzzles and Pineapple Land War by Amy Vansant, part of the Pineapple Port Mysteries. These are books 3 and 4 and so far I haven’t been reading this series in order, seeing as how I’ve already read book 5! Again, if you’re looking for an escape from your chilly winter days, the Pineapple Port cozy mysteries takes place in sunny Florida.

Also kicking around that I’ve bought but not read is Even Money by Stephanie Caffrey. It’s book 5 in the series. I’ve read the first 3 but so far haven’t bought the 4th which I plan to do before reading book 5. Another fun destination featured in a cozy mysteries, the Raven McShane mysteries take place in Las Vegas, featuring an exotic dancer who’s working at getting her private eye business up and running.

I also have Frosted with Revenge that is book 4 in the Cookies and Chance mysteries by Catherine Bruns. Just noticed it’s currently on sale for .99¢ which is annoying for those of us who paid full price. You know if I’d waited a little longer until I was ready to read it, I could have had the sale price too! I’ve read the first 3 books in this series and then just put this aside for a bit. I think I might step this one up to read when I’m done Lucky Beach.

As you can see I have a lot on my to be read list but just haven’t carved out the time. My reading generally takes place at bedtime or when I’m at the farm waiting for my horses to finish eating.

What are you reading these days? I’m always up for recommendations!