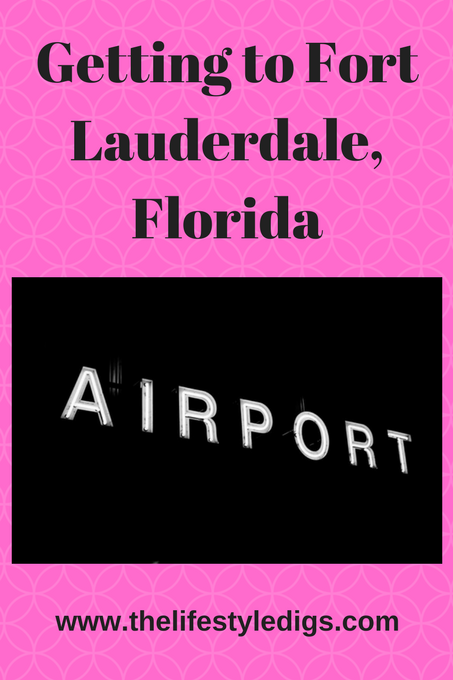 In late April 2010 I was preparing for a trip of a lifetime: a cruise through the Panama Canal!

Woo hoo! This was a repositioning cruise departing Fort Lauderdale on April 29 and going to Vancouver, where the Island Princess would be starting its Alaska cruise season.

Getting to Fort Lauderdale was a journey in itself!

We started off a couple of days earlier at the Vancouver Airport where passengers clear US Customs. I got through OK, but the deadbeat was pulled for secondary screening. The customs agent gave me the choice of continuing on to the departure gate or joining the deadbeat in their office. I decided to stay with him and find out what was going to happen.

We went to a nearby room, a large room with several chairs in the waiting area. The first thing I saw was a family being escorted out by about 6 men, a combination of customs agents and RCMP. And when I say out, they had their suitcases and were being escorted out of the airport. Wherever their US destination was, they weren’t going there.

For another horror story trying to get into the United States at Vancouver Airport, read my article No Departure, No Refund.

There were only a few people in the US Customs waiting area. Not a busy day.

My god. What is going on? We’re getting nervous. We know the deadbeat hasn’t had problems crossing into the United States before, because we’ve taken multiple trips south of the border and often drive down to Washington. We decide if he’s next on the ejection list, that I’ll continue to the gate and fly to Fort Lauderdale. He’ll call a friend to drive him down to Washington where he’ll buy a ticket to Fort Lauderdale and depart from either Bellingham or Seattle airport. After 45 minutes, a customs officer called him up, asked a few questions, and then told us to proceed to the departure gate.

Whew! But what was that all about!

Random secondary screening. They ran him through Homeland Security and I guess the search took awhile.

Watching US Customs officers, with assistance from the RCMP, eject several passengers didn’t inspire a lot of confidence.

Our flight from Vancouver took us to Los Angeles where we changed planes for a red eye to Fort Lauderdale.

Getting around LAX was another adventure. We had carry on luggage and a long walk through the terminal. It seemed to go on forever. Eventually a porter driving a golf cart stopped and asked if we wanted a lift and asked where we were headed. We told him our new gate number and he said he could get us somewhat closer. To an escalator. We accepted the lift, which was probably another quarter of a mile. After we went down the escalator we were very close to the departure gate for our next flight, which was still a couple of hours away. Fortunately, we were near restaurants and got a snack.

When we boarded the plane to Fort Lauderdale we were squished in like sardines. The flight was completely full. We had the window and centre seats and a man who was a real asshole had the aisle seat. His first act was to get into an argument with the airline attendant when he was asked to power off his cell phone prior to departure. The obnoxious bastard refused to do so and another attendant came over to tell him the plane wasn’t going anywhere until he shut off his phone or he could be turfed off the plane. He finally shut down his phone, but he was a real dick about it. Too bad they didn’t turf him.

I believe the flight departed around 11pm and I tell you, I’ll never take another red eye. I’m getting too old for this!

The flight arrived in Fort Lauderdale around 7am and we called our hotel for the shuttle. We’d already talked to the hotel about an early check in. The problem was the shuttle never showed up. After half an hour we called again and I think the shuttle arrived 15 or 20 minutes later. Apparently the driver had slept in and was late for work.

Here’s the crazy thing. I can’t remember what hotel we stayed at, but I think it was a Comfort Inn. When we arrived they still had their free breakfast set up, so we got a bite to eat and then hit the room and slept for about 4 hours or so. Then I woke up and went to the pool. Originally we planned to take the Jungle Queen Riverboat because I’d done it years earlier, but we were just too tired and decided to stick close to the hotel, get an early dinner, and buy some pop at a nearby store to take on board the cruise ship.

While lounging by the pool we met another couple who were also boarding the Island Princess for the Panama Canal cruise, and we got together nearly every day for one adventure or another.

The hotel also provided a shuttle bus to Port Everglades to board the cruise ship, so that was another bonus. If you’re cruising out of Fort Lauderdale, always look for a hotel that offers a shuttle .

Do you have recommendations for a Fort Lauderdale hotel? What about any crazy airport stories?

One thought on “Getting to Fort Lauderdale, Florida”