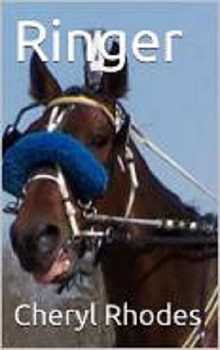 Let me tell you about my first published novel – Ringer. 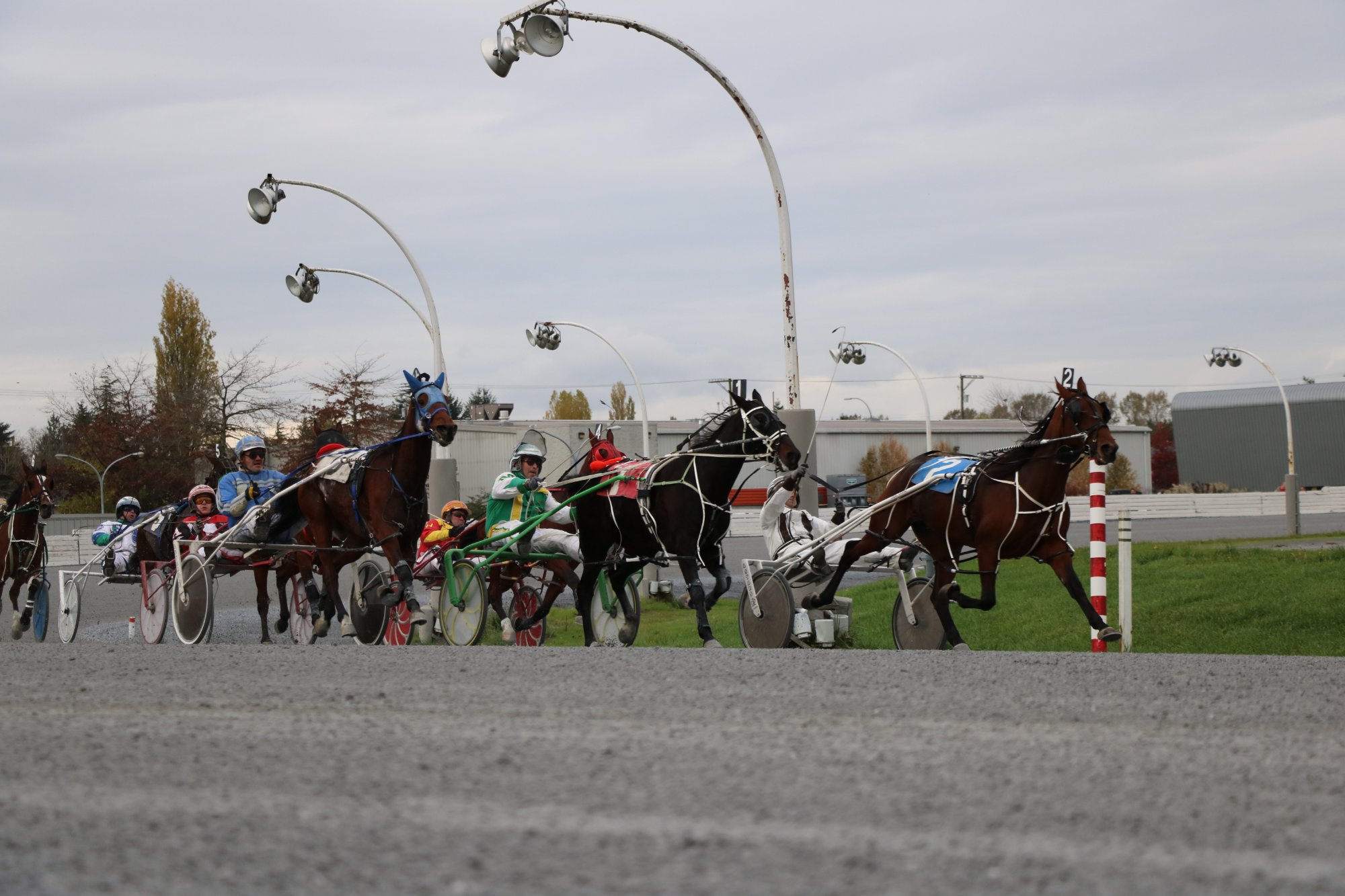 The other thing is most authors who write about horse racing choose the better-known Thoroughbreds to feature in their novel. They aren’t any novels out there with Standardbreds, so in order to promote the breed and the industry, I went the lesser known path.

Ringer was not the first novel I wrote, but it was my first published novel. When Musa Publishing closed down, the rights were returned to all authors. Some of us went the self-publishing route, and that’s why you can find Ringer available on Amazon Kindle.

This was such a fun novel to write. Holly is traveling from British Columbia to Oregon to accept a position on a drill team. She has her truck, her horse trailer, her horse, and her few belongings, and stops at the Cloverdale Racetrack for the night. Why does she stop, you ask? Livestock crossing into the US need to be cleared by the veterinarian at the border. They don’t work nights, so drivers must cross when the vet is on duty. Holly lets her horse out for some exercise in an arena near the barns where the Standardbred racehorses are stabled. She sees someone use a wheelbarrow to dump a man into the fountain, rides to the rescue, and saves Matt’s life. After a brief stint in the hospital, Matt persuades Holly to drive him and one racehorse to his family’s farm in Oregon.

At first Holly says no to the handsome stranger, but eventually he talks her into chauffeuring him and his horse south of the border.

What woman would take a chance on driving a strange man across the border and then another 300 miles? This is so far out of Holly’s comfort zone. Within 24 hours, Matt convinces Holly not to take the job on the drill team and hires her as his assistant. The job description seems up in the air, but mainly Holly’s job is to hang out with Matt. Good money if you can get it, right?

Do you want to know a little secret? Women who write about dashing heroes in our novels, are creating our perfect man. Matt is far from perfect, but he has many desirable, attractive qualities. I made up a man I could fall in love with, and let Holly be my guide.

Although horses are in the storyline – it’s about figuring out a horse swapping scheme – the book is a romance novel. This is Matt and Holly’s story of falling in love on a west coast journey. You don’t have to love horses to love this love story.

All my novels are available on Amazon Kindle for .99¢. I love getting a good deal. I buy a lot of .99¢ books from Amazon and I pay it forward by offering my readers the same price.

All my books have a sneak preview on Amazon where you can read the first couple of chapters for free. I always tell everyone not to buy my book until you’ve read the free sneak peek. .99¢ is a good price for a few hours of enjoyable reading. You can’t go wrong. And just a little warning for readers who don’t like hot and heavy descriptive love scenes, towards the end of the novel you will read a couple of bedroom scenes. On a scale of 1 to 5, the heat setting for Ringer is 3.

You can buy Ringer on Amazon at the link below. Disclosure: I will receive a royalty if you buy my book. Thank you in advance and I hope you enjoy reading Ringer as much as I enjoyed writing it.

One thought on “My First Published Novel: Ringer”