I’ve seen the commercials on TV for McDonald’s Shamrock Shakes. I don’t pay much attention but I guess it’s possible I was watching a US channel at the time.

They’re back. Better than ever. Those green mint tasting milkshakes, a nod to Saint Patrick’s Day and all things Irish.

McDonald’s uses their vanilla milkshake and adds green food coloring and mint flavor. I know this because, like many teenagers, I worked at McDonald’s for awhile.

I used to buy a Shamrock Shake every year just because it seemed sort of unpatriotic to Ireland not to do so. McDonald’s Shamrock Shakes had that medicinal mint taste to them. After awhile I stopped buying them.

It’s been at least 25 years since I’ve tried a Shamrock Shake, but McDonald’s has gone to great lengths to improve their Shamrock Shakes.

Note, the photos below are courtesy of McDonald’s website. The American McDonald’s. 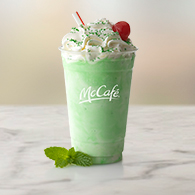 Just look at the new and improved Shamrock Shake. Nice green color and it’s topped off with whipped cream, green candy sprinkles, and even a cherry!

But McDonald’s doesn’t stop there! 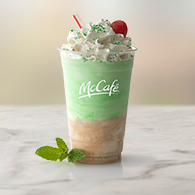 They offer a mint/chocolate combo Shamrock Shake. Chocolate milkshake on the bottom, mint milkshake on the top, and still has the whipped cream, green sprinkles, and cherry. Yummy! I want to drink one of these!

Can you believe McDonald’s took it one step further? 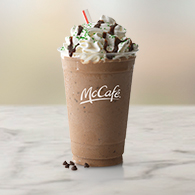 The above photo is a chocolate chip Shamrock frappe. The cherry on top seems to be missing, but there’s the whipped cream, green sprinkles, and a drizzle of chocolate syrup.

Then I spotted a post on the Penny Wise Mama blog where McDonald’s Shamrock offerings are reviewed. http://thepennywisemama.com/2017/03/shamrock-season-enjoy-new-mccafe-chocolate-shamrock-shake.html

I was even inspired to leave a comment – got to try one!

I know a friend of mine buys a Shamrock Shake every year and I asked her if McDonald’s was serving it in the clear plastic glass, like I’ve seen in the commercials, or in the regular milkshake cup. She said the regular cup. Oh well. It’ll still be worth it with the new toppings.

I stopped in to McDonald’s to buy the Shamrock Shake before they go away after March 17. 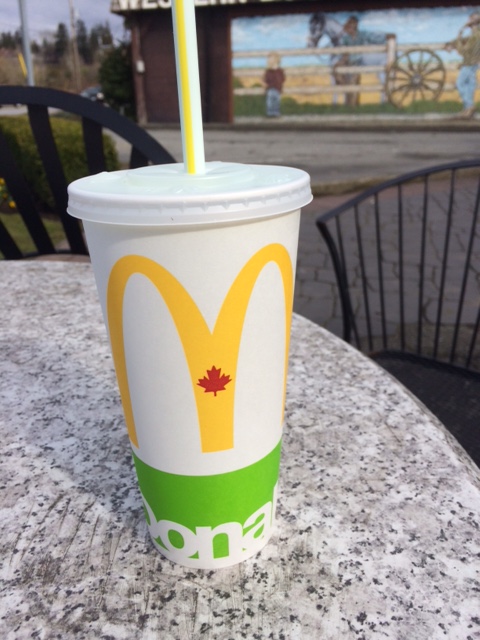 As you can see, there could be just about anything inside that McDonald’s cup. Let’s take a little peek and see how the Canadian Shamrock Shake compares to the American Shamrock Shake. 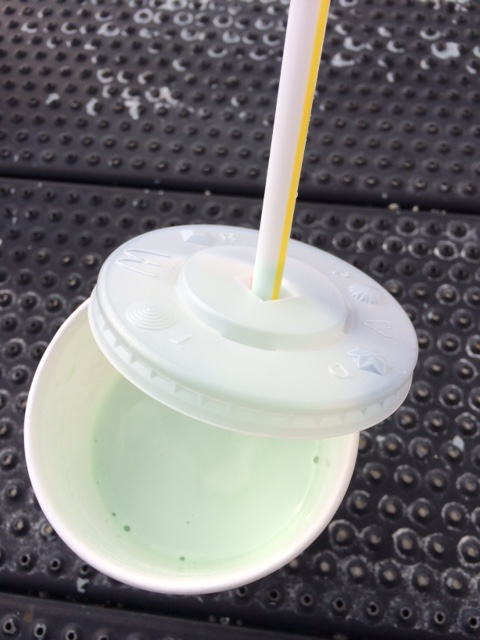 It’s green all right. No whipped cream. No green candy sprinkles. No cherry.

The taste test tells me McDonald’s Canada is still serving up a vanilla milkshake with green food coloring and mint taste. I will say the mint flavor has improved from the medicinal mint I remember. It’s more of a peppermint taste. The milkshake was fine, nice and creamy.

When you compare the photos, which McDonald’s Shamrock Shake would you like to drink?

Really Canada? You can’t come up with the same Shamrock Shake that America serves up?

I can probably go another 25 years before trying one.