Many years ago I took out a credit card with Home Depot. 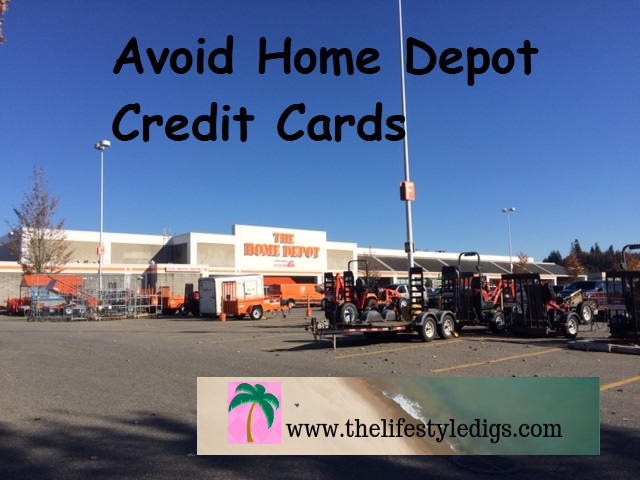 Yeah OK. I admit it. Sometimes I do really STUPID things like that!

First off, I want to make sure everyone knows it’s a really dumb idea to take out a department store charge card.

All major box stores, and a whole lot of little mom and pop shops, accept Visa and Mastercard. If you’re not paying with cash, use a major credit card.

There is no need to get a store-issued credit card! Especially if you carry a balance since their interest rates are usually higher than Visa and Mastercard.

Apparently I hadn’t met my stupid quota for the month, so I agreed.

Some stores offer ongoing discounts every time you shop using their credit card. That isn’t the case with Home Depot. I don’t think there were any perks at all with this damned card, other than deferred interest for a few months on larger purchases.

It was around 20 years ago when I signed up for the Home Depot card so I don’t remember what was driving my stupidity. Most of the times when I shopped there I used my debit card.

My story starts around a year after I’d last shopped at Home Depot. I’d get the occasional mail from them, marketing pitches, like spend $300 on the Home Depot credit card and pay no interest for 6 months. I’m really bad with mail. I usually leave unimportant stuff stacked on my coffee table. When I need room, I open it and then toss the junk mail in the recycling bin because the sale has long since ended!

I opened a Home Depot envelope, expecting to find a marketing flyer. It was a statement. I owed Home Depot $73. Huh? How could I owe them money when I haven’t shopped there in months? I went through the other unopened mail and what I thought were marketing pitches from Home Depot turned into a few months of statements.

It is important to note that I didn’t get any collection phone calls from Home Depot on this late payment. Nor, did I get any letters threatening legal or collection action.

Try to reason with Home Depot?

I phoned Home Depot to question the charge. The main thing I learned is Home Depot has a time limit to dispute a charge and they ain’t budging on it! I don’t remember if it was one month or two months because I was already past the date. Home Depot told me: too bad, so sad, you’re too late to dispute it. Sucks to be you! 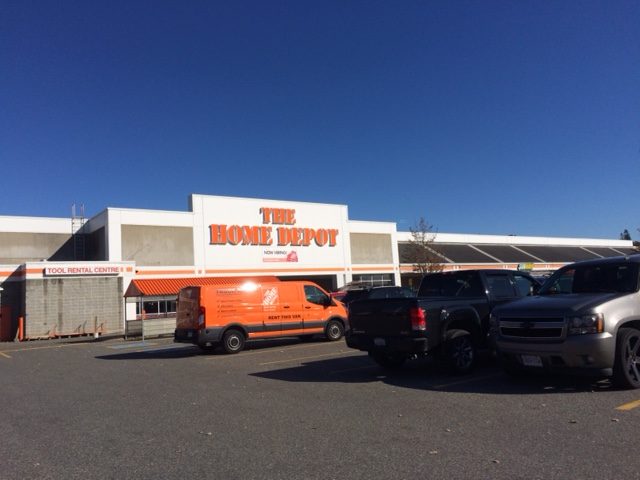 Grudgingly, I paid the $73. However, I managed to get a photocopy of the purchase from Home Depot. It was for a thermostat and/or electric baseboard heater. Neither of which I needed because my house was heated with natural gas. The signature was a chicken scratch scrawl. Even the Home Depot clerk admitted she couldn’t decipher who signed it and agreed it wasn’t my signature.

It’s important to note that my Home Depot credit card never left my possession. It was always in my wallet. The Home Depot clerk said the actual card was not used for this transaction. Home Depot wasn’t forthcoming with speculation or other details on how the credit card got charged. It sounded like human error. Either at the time of transaction or later at time of billing. Both of which would lay the blame with Home Depot staff.

I was unable to nail Home Depot down on how my card was charged.

And I got shafted for a $73 fraudulent charge on my Home Depot credit card.

A few months later it hits the news there was a breach of Home Depot’s credit card system and hackers accessed about 56 million cards in America and Canada. The best I can figure, my Home Depot credit card was one of them.

After the deadbeat and I broke up, I pulled my credit report, just to make sure he wasn’t doing anything funny to affect my credit.

All good on that front!

But … those bastards at Home Depot had reported me to Equifax for slow payment on that $73 charge that I never made. Yes, the one I didn’t notice until it was too late to dispute it.

I contacted Home Depot by mail, reviewing the fiasco, and asked them if they would remove their report to the credit bureau.

Just putting it out there, that even though I’m in Canada, I was always dealing with Home Depot staff in the states in the billing/credit department either by phone or by mail.

Reporting Home Depot to the BBB

I did the only thing I could do and filed a complaint with the Better Business Bureau. I provided  the proof from Home Depot that showed the signature on the fraudulent charge. The unknown chicken scratch signature, who bought items for an electric baseboard heater.

I admitted my mistake that I didn’t open Home Depot mail for a few months, thinking it was marketing material. I’d paid the $73 after Home Depot wouldn’t let me dispute the charge, even though they agreed that the signature was not mine. All I wanted was Home Depot to remove the report they’d filed about me with the credit bureau.

I thought that would be a nice gesture. All the while I’m thinking petty, petty, petty Home Depot! To report an amount under $100 to the credit bureau? What a shitty thing for Home Depot to do for such a small amount!

Home Depot does the right thing

Anyway, I got a very surprising result from Home Depot after I’d filed the complaint with the BBB. 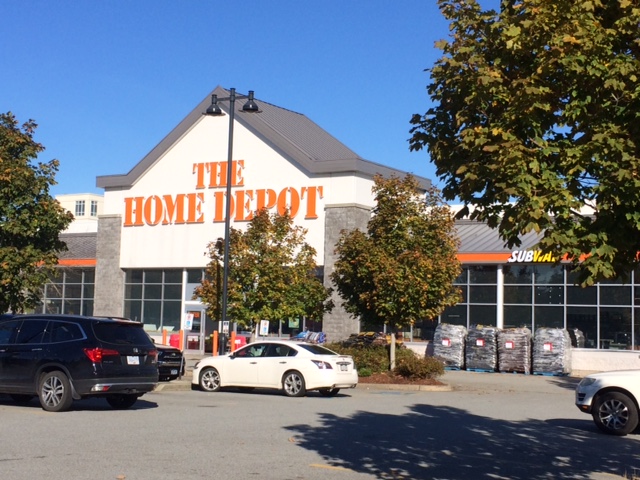 They agreed to remove the blip on my credit report and they also sent me a refund cheque for the $73, even though I hadn’t requested that. I did accept some of the blame because I’m a procrastinator. That was a very nice gesture for Home Depot to refund me for a charge I never made.

For many years the limit on my Home Depot credit card was $8,100.

When I moved a few years ago, I contacted all my credit card companies with my new address. I was hanging around on an automated answering machine with Home Depot waiting to speak to a rep. This is when a customer hears the spiel about how much they owe, when it’s due, and how much is left on the credit card limit.

Aside from the fraudulent charge of $73, it had been at least three years since my Home Depot credit card had been used. By me. Ha ha!

When the Home Depot rep came on the line I asked him how my limit had dropped from $8,100 to $500. He babbled off some propaganda that I haven’t used my Home Depot credit card in a very long time and dropping the limit is supposed to protect me. From what? Fraudulent charges? That didn’t help when my limit was still $8,100.

Here’s the thing. If I want to put down a laminate floor or buy a new fridge and shop at Home Depot, that $500 isn’t going to cut it.

Why do I need a measly $500 limit on a Home Depot credit card when I have Visa and Mastercard with way higher limits? I’d have to use one of my other credit cards.

What good is a Home Depot credit card with only $500 limit if I need to make a major purchase?

Which leads me to a good question.

What am I doing holding on to a credit card that is about as useful as a one cup bra on a 44 DD woman?

I’m not going to be stupid anymore. I cancelled it.

I’m not intentionally boycotting Home Depot, but I haven’t set foot inside one of their locations since the early part of 2013, maybe late 2012?

Though I did set foot in their parking lot to take the photos to accompany this blog post!

I no longer own a house, which means I have no remodeling projects planned. There’s no need for me to buy lumber or building materials. I’ve had no reason to set foot inside Home Depot.

I’m not ruling out going into a Home Depot if the need arises. I just haven’t needed to in years! 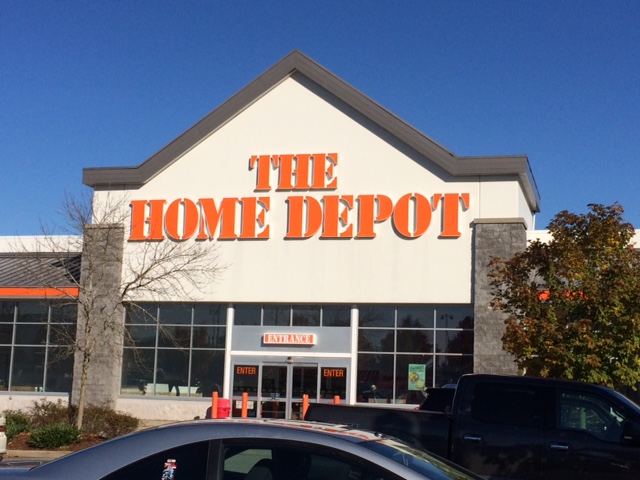 Seriously. If Home Depot is petty over a $73 charge that I never made, how will Home Depot handle a major issue?

Home Depot the store is OK. Home Depot’s policies on how they deal with fraud on their credit cards SUCKS!

As I was writing this blog post I went to my filing cabinet to see if I held on to any old Home Depot statements around the time I finally noticed I owed Home Depot $73. I kept a couple of statements and Home Depot had dropped my limit to $500 during this time.

Thinking back, it’s really odd that Home Depot didn’t phone and say hey you’re late on your payment. Don’t most credit card companies do this? I don’t have this problem because I don’t use my credit cards too much and make sure I pay in full by the due date.

Home Depot is petty and the only thing I regret is not cancelling my Home Depot credit card right when I found out about this rogue $73 charge.

I regret signing up for a Home Depot credit card in the first place.

Ladies, we have to be smart with our money.

I urge you not to make the same stupid mistake I made.

Do NOT sign up for a Home Depot credit card.

If you have a Home Depot credit card, ask yourself if you really need it. If you have a Visa or Mastercard, the answer is no.