Skip to content
Cheryl at The Lifestyle DigsSeptember 27, 2020September 28, 2020 Living No Comments 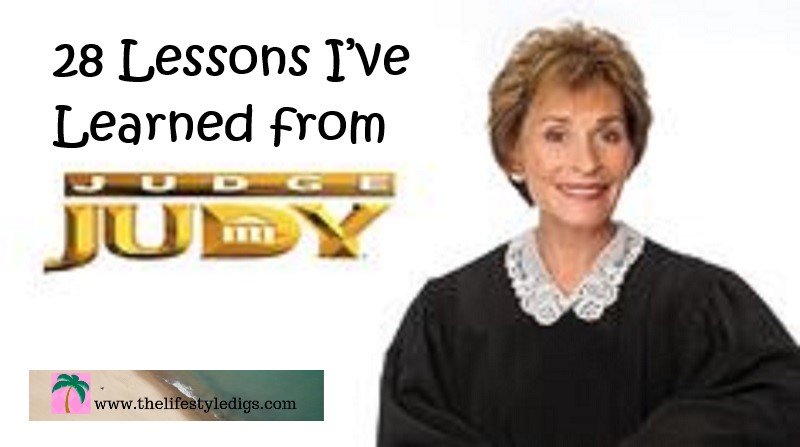 Before Judge Judy, I was a fan of Judge Wapner and The People’s Court. My father and I would try to guess who was guilty just by the way the litigants walked down the courtroom aisle during the introduction.

It took me a few years to jump on the Judge Judy bandwagon. That’s because the show airs in the daytime when I’m at work. I caught up to Judge Judy when reruns began airing late at night. If I was home during the day, I’d catch the show. In more recent years I’ve caught many Judge Judy episodes, and if I’m at work, I tape them

It might be a paradox but I think Judy can be too judgemental at times, pushing her personal beliefs on the litigants. 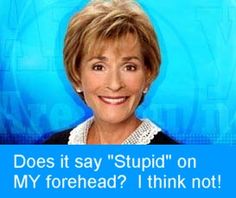 One of Judge Judy’s biggest peeves are unmarried copies who “play house” as she puts it, then break up, and show up in court wanting her to decide who gets what and who didn’t pay their share of the rent or utility bills while they were living together. Judge Judy usually snaps at them that they don’t have courts for “almost marrieds” and blah, blah, blah, stupid mistake if you co-mingled your money and belongings. And courts aren’t here to decide who gets the cutlery and who gets the iron.

Except, I believe, in Quebec…

Anyway, I’ve digressed, but I just wanted to say that Judge Judy preaching her personal beliefs that couples should be married before living together is annoying.

Let’s move on to 28 lessons I’ve learned from Judge Judy. This is good advice to follow and mistakes to avoid.

Don’t buy a cell phone for someone else no matter how much they promise to pay you back and pay the bill if the phone is added to your account on a family plan.

It doesn’t matter if you’re a parent co-signing a loan for a kid, or a woman co-signing for her current boyfriend, eventually the person responsible for paying the loan ditches doing so and things turn nasty. The co-signer’s credit is wrecked and they’re on the hook for repaying the loan.

Again, it doesn’t matter if it’s a parent co-signing a lease for their kid, or a couple who moved in together. Eventually someone’s not going to pay and the co-signer is on the hook to cover the money.

4 Loan out a credit card 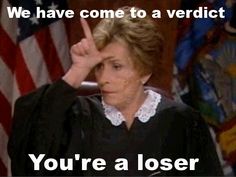 5 Move in with the wrong person

You name it, I’ve seen the scenario on Judge Judy. A Craigslist ad for a roommate. High school friends find their first apartment to rent. A couple who met last month decide to move in together. Whether or not it’s money issues, there could be all kinds of reason why it’s a bad living arrangement. Even one time where one roommate murdered another one! Yikes!

Judge Judy hates squatters! If you don’t like where you live – move! You can’t just stop paying your rent and keep living there because you’re involved in a landlord/tenant dispute or there’s a problem with the residence. You ate the steak – you pay for it!

8 Keys to the car

Don’t loan your car to anyone. Or leave your keys anywhere that someone can steal them, especially when teenagers are concerned.

Over and over on Judge Judy there are episodes featuring unpaid loans. Almost invariably the defendant claims the money was a gift not a loan. This happens a lot with relationships that have ended.

10 Take before and after photos if you’re a renter

There are a lot of Judge Judy episodes where the landlord hasn’t refunded the security deposit. Whether you’re the tenant or the landlord, get photos of the suite before moving in and again on move out day to prove the house’s condition. 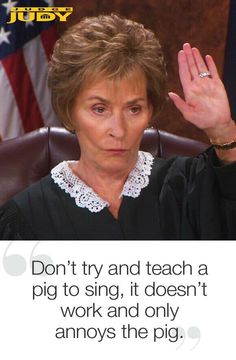 Never give banking, credit card, health or personal information to a stranger (scammer) who contacts you by phone.

Unless you’re married (or in countries like Canada that recognize common-law marriages), don’t buy big ticket items like houses, cars or open joint bank accounts. Not even with your kids. If the relationship turns sour you’ll be saddled with debt you don’t want if the other person doesn’t pay. Likewise, if the house or car is in the other person’s name and the relationship ends, you can forget about getting any equity.

13 Hold on to receipts for big ticket purchases

When it comes to furnishing a house for the “almost marrieds” Judge Judy isn’t interested in figuring out who bought the towels and who bought the vacuum cleaner. Hold on to your receipts. At the very least, take a photo of the receipt and save it in the Cloud for that day you might need it.

14 You’re financially and legally responsible for anything that has your name on it.

This is all comes down to being a co-signer on anything, joint bank accounts, joint credit cards, or a house and car in both names whether or not you have access to those items.

15 Don’t live beyond your means

Why’d you buy something you can’t afford? Live below your means, live frugally, and don’t incur any more debt are all common themes around this blog and on Judge Judy too. 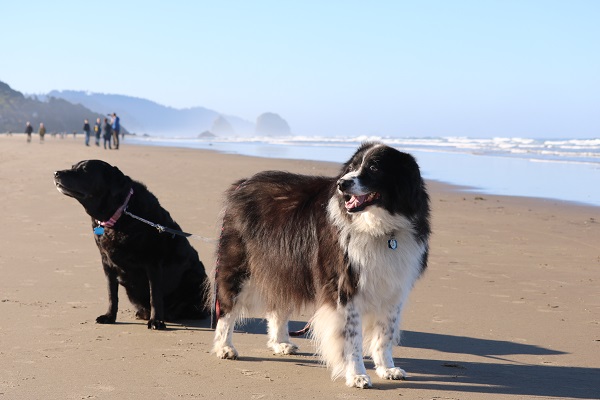 Every week Judge Judy listens to at least one case of a dog attack, either on a person or another dog or animal.

Also don’t get a yappy dog that’s going to annoy the neighbors.

17 Keep your animals under control

One memorable Judge Judy incident has the litigants flinging cat shit over the fence and Judge Judy yelling at the cat owner to keep their cats inside their house. Be a good neighbor and don’t let your animals roam, destroy other people’s property, attack people or other animals, or be noisy.

18 Get everything in writing – or text messages, emails, Facebook posts, etc

This very important if you’ve lent someone money or property and want it back. Memorialize it in writing or even a video clip. You want evidence that this is a loan and not a gift if you end up on Judge Judy. 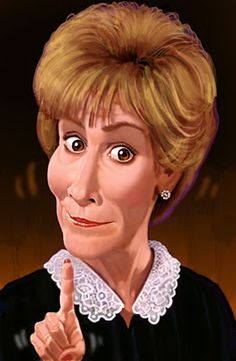 Even if you work cash jobs, you need to file your taxes. If you don’t, you incur late fee penalties, interest on the amount owing, and maybe even get sent to jail. Judge Judy even claims the IRS has an employee whose job is to watch her show and catch tax cheats! Where can I apply for that job?

There are many things you need a paper trail for if you pay cash, such as buying a car or any other item or if you pay your rent in cash. It doesn’t have to be fancy. If you buy something off Craigslist, print out the ad and turn that into a signed receipt of the purchase.

This scenario usually happens after two people meet on a dating website. One person has a sob story and says they have no one else they can turn to for money.

Judge Judy features a lot of home renovations or landscaping jobs that turn bad. Get everything in writing from the work that’s expected including the agreed upon amount. If more work is needed – there’s nothing worse than spotting rotten support beams if replacing a deck – stop and add a new quote with a revised price for that work.

It’s important to have a mechanic check a car before you buy a lemon that breaks down in a week. My current car that I bought from a dealership, I’d written into the contract that I wanted my mechanic to inspect it, and I had two weeks to do that and still be able to return the car for a refund. Click her to read about buying that car.

Judge Judy is famous at yelling at all unemployed people in her courtroom: “Get a job!” As we’ve discussed on this blog, it’s not that easy finding a job, especially if you have no special skills and are over 40. It is important to have income to support yourself and your own bank accounts.

25 Have an exit plan for financial independence when disaster strikes

The disaster could be death, relationship breakdown, or unemployment. No one wants to think about that stuff, but you need to know what to do if you’re suddenly single. That’s all part of the reason to have your own income.

26 If you’ve been in a car crash or victim of crime, get a police report

Sometimes the cops just don’t come out, depends on how minor the incident is, but if you phoned it in, there’s probably a report. If the police arrived on site, get a copy of the report for your files. You never know when the other person is going to change their story and you need to prove how an accident or crime really happened. Getting a dash camera for your car can be very helpful.

27 If you’ve been physically assaulted, seek medical attention and get a doctor’s report

If you’re suing someone for medical expenses and pain and suffering, you’ll need invoices and a doctor’s report.

28 Dress properly and respectfully in the court room

On more than one occasion Judge Judy has told improperly dressed people to leave her courtroom. These people are dressed for nightclubs or the beach. She’s insulted people who wear ripped clothes and asked women to put a sweater on. She also dismissed a case and walked out when a woman refused to remove her hat in the court room.